Thus ritually when one smoked the pipe, one was reenacting a symbolic act partly related to the kundalini experience.  For this reason the smoking mixture was only important in the sense of its symbolic meaning.  Native Americans did not smoke to smoke if you see what I mean.  They smoked as a symbol.

Kinnik kinnik also called Chanshasha is an ingredient of the tobacco of the Sioux; it is the dried inner bark of the red alder or the red dogwood – cornus stolonifera.  It is rarely smoked alone because of its bitterness, there is usually added to it an equal part of the Ree twist tobacco and also a small portion of some fragrant root or herb, often the Sweet Ann root.  These ingredients are always mixed in a ritual manner.

The red dogwood is symbolic of the Red Road – see Spiritual Path. 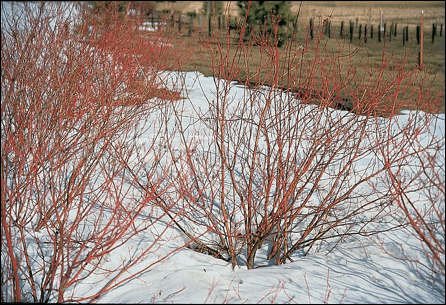