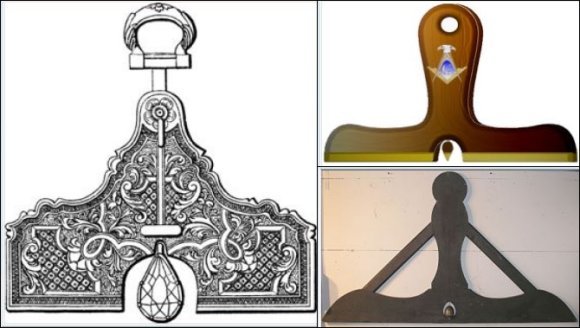 A symbol which is associated with Freemasonry, but which has far older origins.

The symbol is also associated with the symbol Ba.  "The letter, ba, is written in Arabic letters like a boat with a dot under it. This forms a fairly passable diagram of its symbol - the level- also used in Masonry.  "

The symbol is somewhat similar to the scales but has added meaning.

All these symbols relate to the need to achieve an energy balance.  The Conscious and Subconscious, the Intellect and Emotions, heads and tails, and so on.  The Tarot contains a number of cards that allude to this need to achieve balance.  Some of the cards call this ‘adjustment’.  The meaning relates to both the need to achieve activity balance in what you do, but is also a 'physical' thing in that the aim is to balance the spirit input and spirit output, in order that a kundalini experience can be safely provoked. 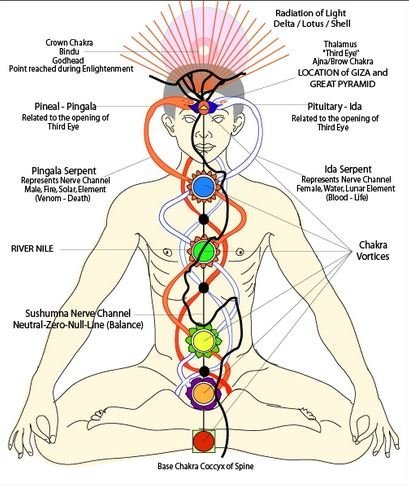 If you look at the three example symbols from various Lodges and then the picture of the person and the kundalini experience you will be able to see the correspondence.  Incidentally, I am sure there are numerous Lodges where this meaning has long since been lost, particularly those influenced by religion. Religious influences have often changed the meaning to the need for balance in actions, moderation and so on - all very good for the well being of our society, but a new meaning for an old symbol.