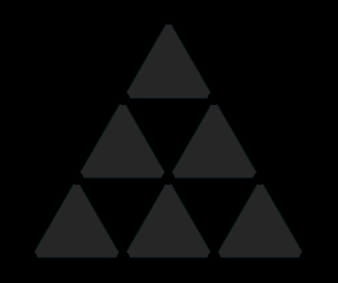 The tetractys (Greek: τετρακτύς), is a triangular figure consisting of ten points arranged in four rows: one, two, three, and four points in each row, which is the geometrical representation of the fourth triangular number. As a mystical symbol, it was very important to the secret worship of the Pythagoreans.

The symbol incorporates the symbolism of the triangle.  It also incorporates the number 10 in its meaning of perfection and union.  The four rows add up to ten, which was 'unity of a higher order' (The Dekad). 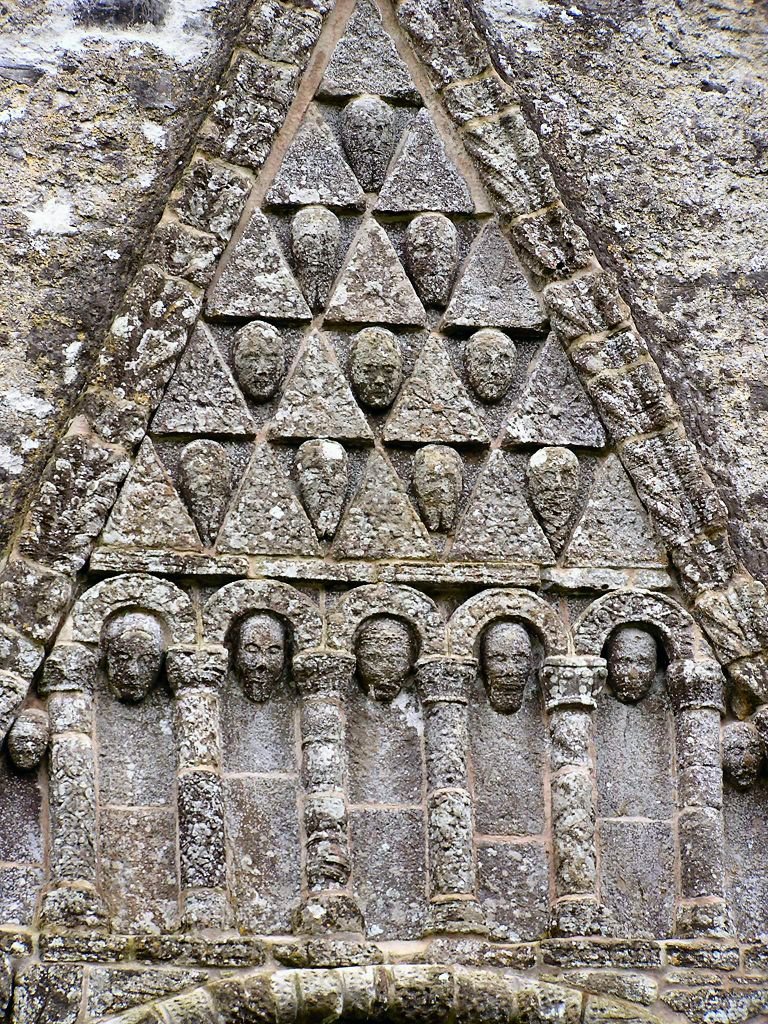 The first four numbers symbolize 'the harmony of the spheres and the Cosmos' as:


A prayer of the Pythagoreans shows the importance of the Tetractys (sometimes called the "Mystic Tetrad"), as the prayer was addressed to it.

Bless us, divine number, thou who generated gods and men! O holy, holy Tetractys, thou that containest the root and source of the eternally flowing creation! For the divine number begins with the profound, pure unity until it comes to the holy four; then it begets the mother of all, the all-comprising, all-bounding, the first-born, the never-swerving, the never-tiring holy ten, the keyholder of all 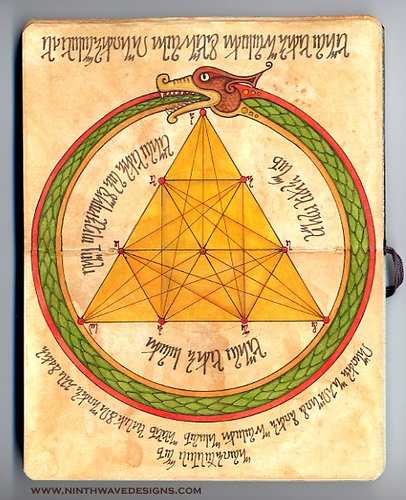 "By that pure, holy, four lettered name on high,
nature's eternal fountain and supply,
the parent of all souls that living be
by him, with faith find oath, I swear to thee."

The Pythagorean musical system was based on the Tetractys as the rows can be read as the ratios of 4:3 (perfect fourth), 3:2 (perfect fifth), 2:1 (octave), forming the basic intervals of the Pythagorean scales. That is, Pythagorean scales are generated from combining pure fourths (in a 4:3 relation), pure fifths (in a 3:2 relation), and the simple ratios of the unison 1:1 and the octave 2:1. Note that the diapason, 2:1 (octave), and the diapason plus diapente, 3:1 (compound fifth or perfect twelfth), are consonant intervals according to the tetractys of the decad, but that the diapason plus diatessaron, 8:3 (compound fourth or perfect eleventh), is not.

The Tetractys [also known as the decad] is an equilateral triangle formed from the sequence of the first ten numbers aligned in four rows. It is both a mathematical idea and a metaphysical symbol that embraces within itself—in seedlike form—the principles of the natural world, the harmony of the cosmos, the ascent to the divine, and the mysteries of the divine realm. So revered was this ancient symbol that it inspired ancient philosophers to swear by the name of the one who brought this gift to humanity.