A card which has the same symbolic significance as the scales. It is used as a symbol of the function of trying to achieve balance.  There are two kinds of balance being described, these are not however at odds with one another but aspects of the same idea:

Energy balance - there is a need to balance spirit input and spirit output - symbolically this energy can be shown as water, thus where the card shows water being poured from one flask to another, it is attempting to show the need to cycle the energy around, balance the 'hot' red spirit output with the 'cool blue' spirit input.

Intellectual and emotional balance - Temperance is a word we now misuse to mean abstinence from alcohol and other supposedly non religious pursuits, but whose meaning was originally connected with the need to balance  the Conscious and Subconscious, pictorially represented by the two colours  - see Darkness and Light. Right hand left brain masculine [low], left hand right brain feminine [high]. 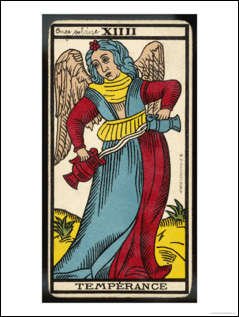 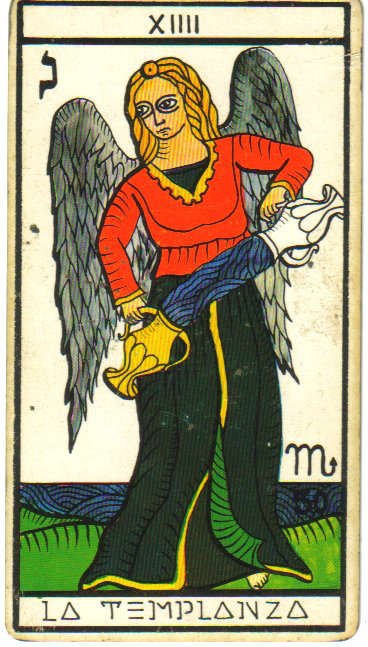