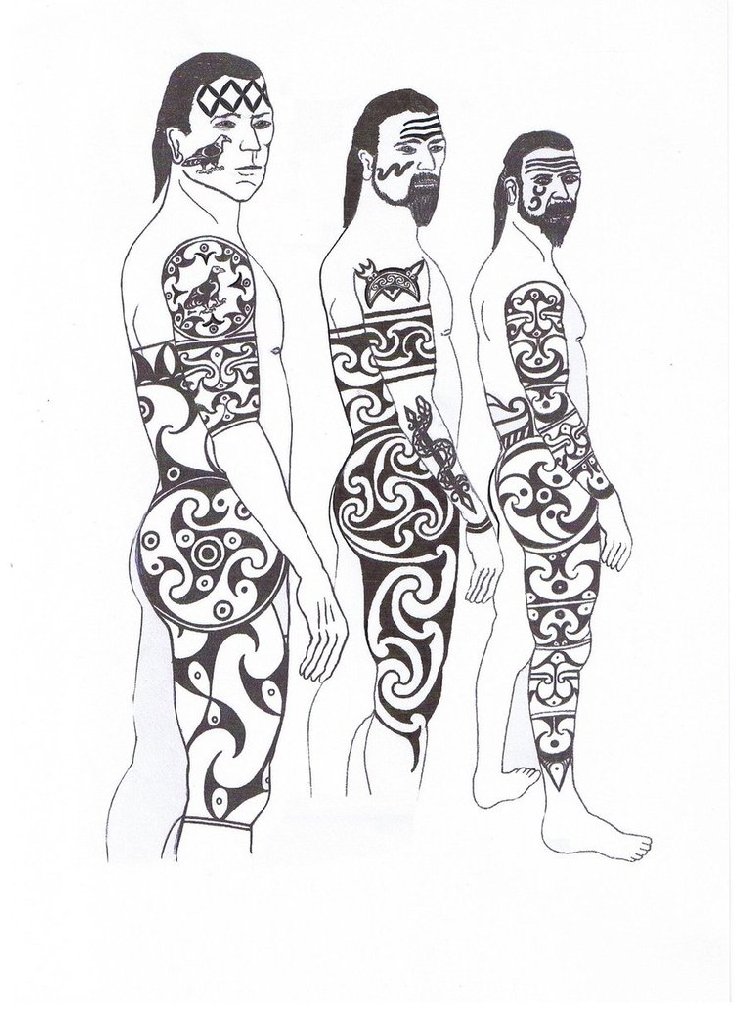 A tattoo is a form of body modification, where a design is made by inserting ink, dyes and pigments, either indelible or temporary, into the dermis layer of the skin to change the pigment.  Tā moko is the name given to the tattoos of the Kahuna and the  Māori, the indigenous people of New Zealand. The only difference is that its method of creation is not as that described.  Instead, the skin is carved by uhi (a sort of chisel) rather than punctured. This leaves the skin with grooves, rather than a smooth surface.  Within the spiritual context, however, both can be symbolic.

One of the principle reasons for tattooing at one time was to identify a person by their totem group.  This had both a spiritual and practical value, as generally it was taboo to marry within one’s totem group, for all the reasons we prohibit incest and marriage between close relatives today.

But a totem group is a group of people - either a "kinship group" or a group of Higher spirits, departed or still living, - that forms a collective consciousness with more power as a group than it has individually. If a shaman or similar is able to access this collective consciousness as opposed to just his own memory and knowledge he is able to tap into accumulated wisdom – he becomes wiser. Thus the tattoo was a very simple way of ensuring groups were identifiable and stayed together for the purpose of ceremonies of magic and healing. 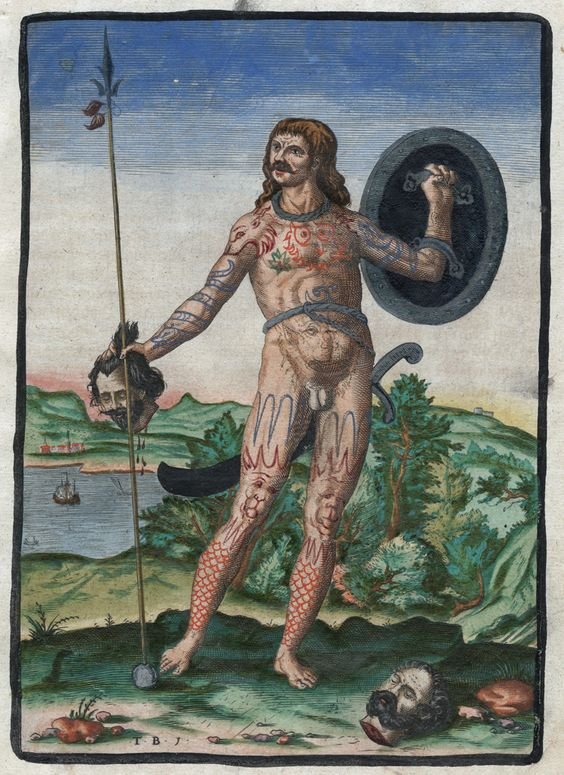 In some senses, the designs trace the spiritual energy of a person showing potency and power.  Captain James Cook wrote about the Maori tattoos in 1769:

The marks in general are spirals drawn with great nicety and even elegance. One side corresponds with the other. The marks on the body resemble foliage in old chased ornaments, convolutions of filigree work, but in these they have such a luxury of forms that of a hundred which at first appeared exactly the same no two were formed alike on close examination.

The Tohunga tā moko (or tattooists) were considered tapu - sacred.

There is considerable similarity between the tattoos used by, for example, the Maori and Pictish symbols.  We do not know exactly what the Pictish tattoos were like, only that they were tattooed and used red ochre, but there is the possibility that many of the lovely swirling patterns of the Picts which give the impression of luxuriant foliage and thus – via the symbolism of the tree – strong powerful energy, were also used as tattoos.  Emperor Constantine I banned tattooing the face around AD 330, and the Second Council of Nicaea banned all body markings as a pagan practice in AD 787