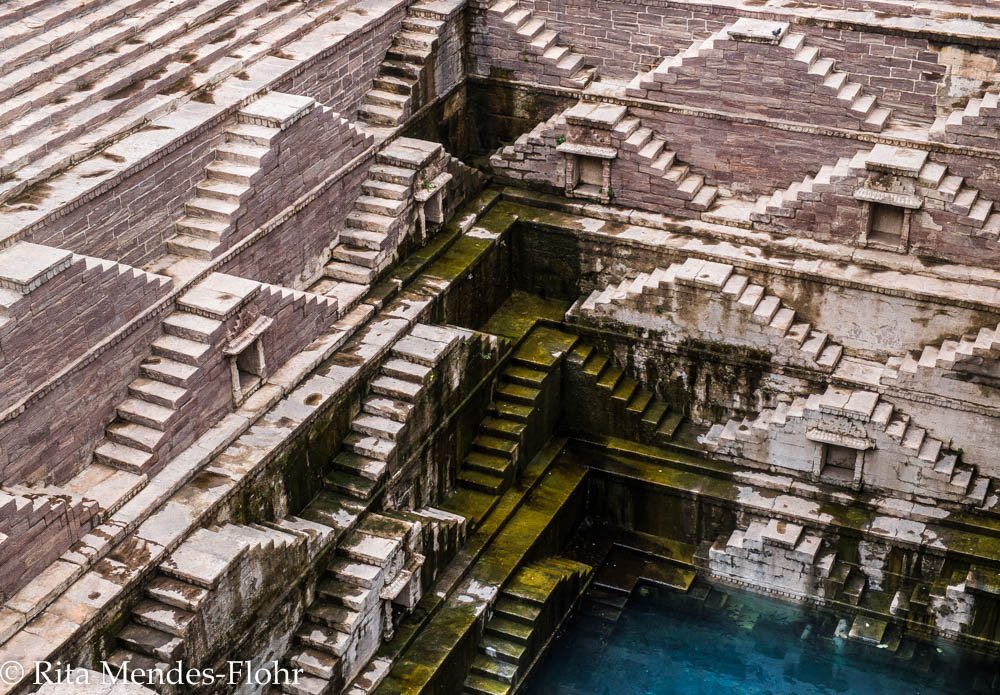 Step wells are wells or ponds in which the water may be reached by descending a set of steps.

Architecturally they are like an upside-down ziggurat, dug into the earth - instead of reaching up to the heavens. Some of the larger step wells are more like inverted subterranean temples.

They are generally a feature of sacred geography and a section is provided on the site which explains their use within the context of Sacred geography, please follow this LINK.

But they also occur in poems and paintings, sometimes in quite a gloomy way - Dante's descent into the Inferno, for example, or the Slough of Despond in Pilgrim's Progress. 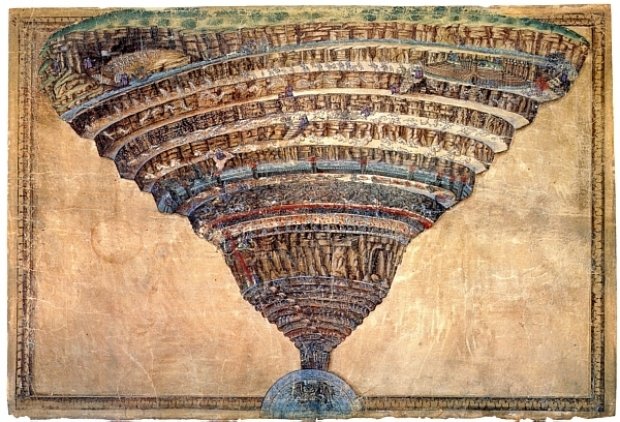 Dante's Inferno - his Subconscious was definitely troubled by demons

The Conscious self is represented in sacred architecture as a pyramid, a ziggurat or an artificial hill having an ascending stair or path.

To reach the Higher spirit [Paradise] one has to symbolically ascend up the stairs or steps of this artificial mountain.

Thus all artificial mountains are symbolic of ascent with an appropriate number of levels and layers.  Symbolically again, this is the masculine.  It requires one to Squash the big I am and clean out the memory, questioning and doubting all beliefs.  Memory and Ego are two concepts of the Conscious mind – the symbolic masculine. 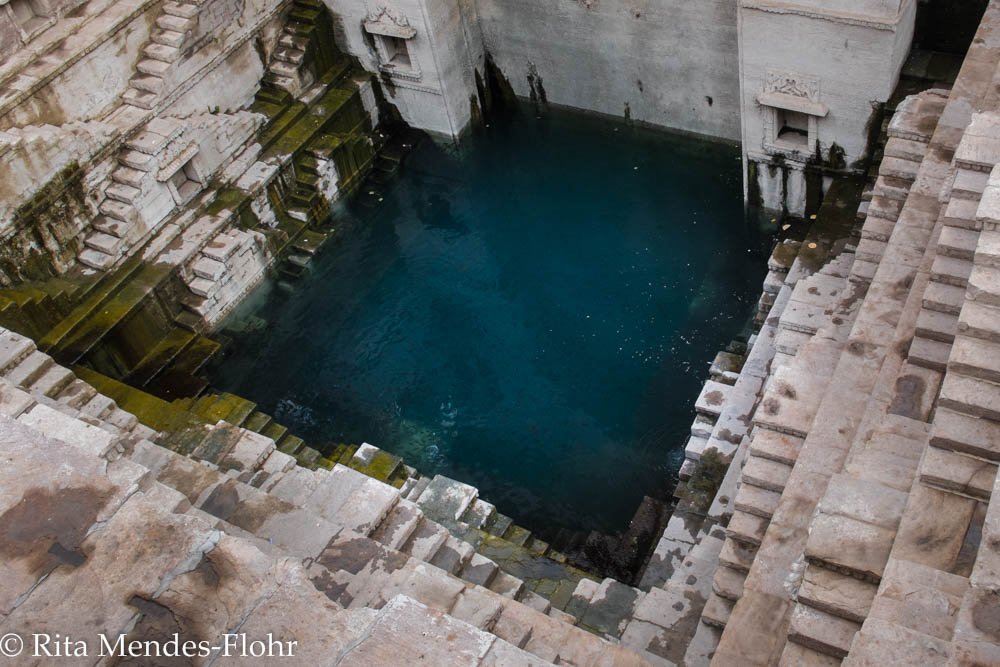 But an alternative route to the Higher spirit is via the feminine – the Subconscious.

Shiva and Shakti the joining of the masculine and feminine is a favoured approach in Shaivism, using sex and the emotions it produces, for example, to help.

Emotions and perceptions are feminine concepts – part of the Subconscious.  As such ‘descent’ symbolically to the water of spirit is a valid option and when one descends into a step well, one is symbolically delving into the subconscious – ‘doing the dive’.  The descent is of the feminine and very often the statues in actual step wells  are feminine  – Shakti and not Shiva predominates.

See also the description for the Mandala, as this too uses the same concepts.  It is why Carl Gustav Jung started to use Mandalas in his practises.  He would get people to draw mandalas imagining they were going 'down' and thereby he helped them to explore their sub-conscious for any demons lurking down there! 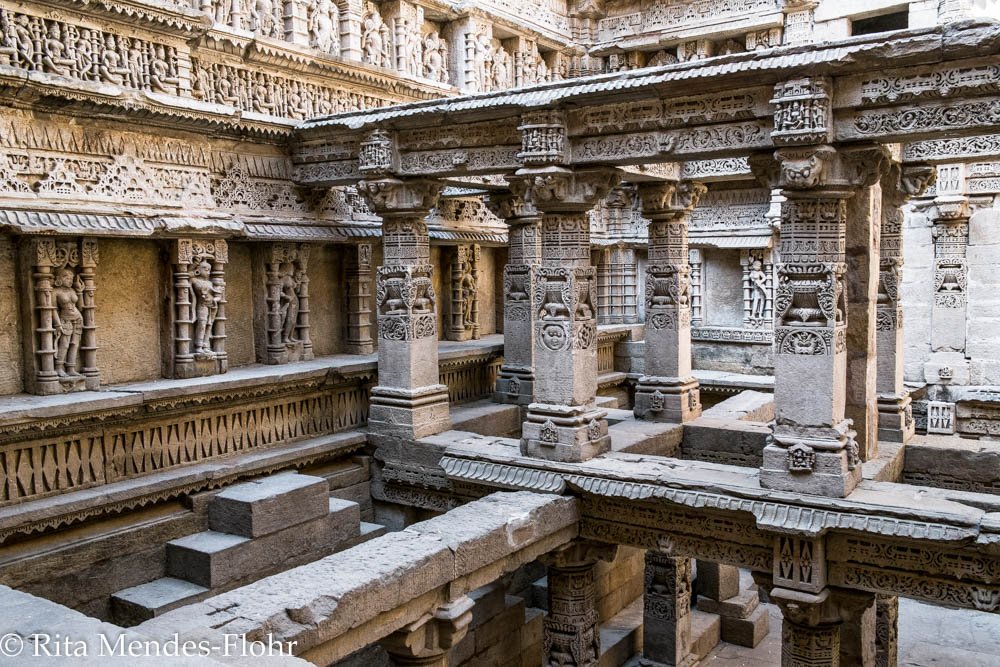