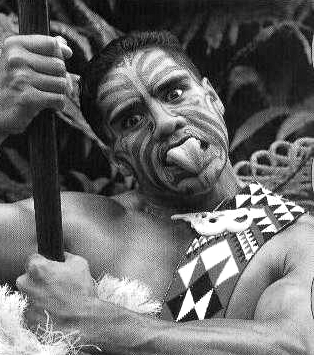 One of the side effects of a spiritual experience can be that the person’s eyes bulge and appear to be staring.  It is possible to get both dilated pupils or narrowed pupils.

In the past this was looked on as the true sign of the mystic – he had ‘gone to the other side’ and what he was seeing was so extraordinary, that he was rapt with wonder and his eyes were popping out of his head at the sight.  The benign form of this actual experience is described under the heading of Staring and bulging eyes in the concepts section and again in the science section Staring and bulging eyes.

But those who wish to intimidate have turned it into a symbol, by mimicking the effect and adding a sinister note.

A snake has unblinking eyes.  It stares.  The eyes of a snake also appear direct,  hostile and calculating.  In some systems this symbol is thus called Snake eyes.  As we have seen anyone who has staring eyes or bulging eyes can appear to be either in raptures or deeply hostile – to be feared.

Those having spiritual experiences many years ago were often people of considerable power and as such they were greatly feared.  A shaman or shamaness  who could, or claimed they could, heal, affect the weather, curse, affect the way animals behaved, change the course of rivers or seas [as Moses could when he parted the Red Sea] was a hugely powerful person – a god in human form.  He or she was a person of terrifying power. 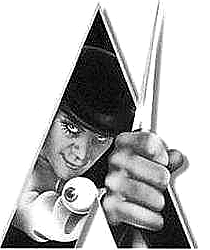 Thus it became natural that those without this power should pretend to have the power by adopting the specific ‘look’ of the spiritually possessed.

The Maori Haka – used by the New Zealand rugby teams to provide a fairly intimidating display before a match – is but one example of this ‘look’ .  The facial expression is meant to be intimidating but not evil.  …so  the look is meant to say “I am a person of considerable spiritual power who will use it on you”

There is an even more frightening look which involves the stare – the pseudo bulging eyes  - and a lowered head.

One can only presume that a truly evil shaman or shamaness would have the look of the wide stare and bulging eyes when they were in the trance, but if they decided to do some thing truly evil they would lower their head before issuing the curse or spell or similar.  As I have thankfully never met a truly evil shaman [though they do exist] I cannot verify this I can only surmise this to be the case