Snake oil owes nothing to the symbolism of the snake as a spiritual creature, but I thought I would add it to the symbols so that this was made clear.  The expression appears to have its source in a Mr Clark Stanley whose advertisement appears below.  Basically it is a con, something which is of no use whatsoever or worse could do you harm.  The snake oil salesman or purveyor is then by association untrustworthy or dishonest and manipulative, slippery and one who goes back on their word – wriggles out of things.  So some of the literal qualities of the snake are used in this symbolism.

“Is good for everything a liniment ought to be good for….” 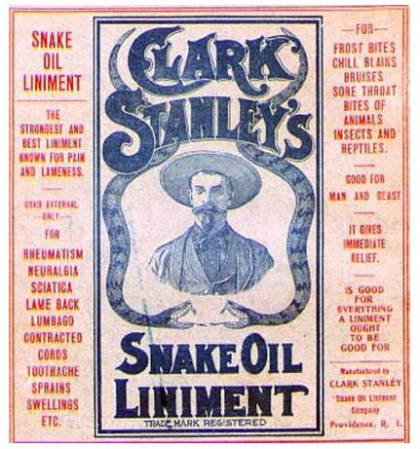