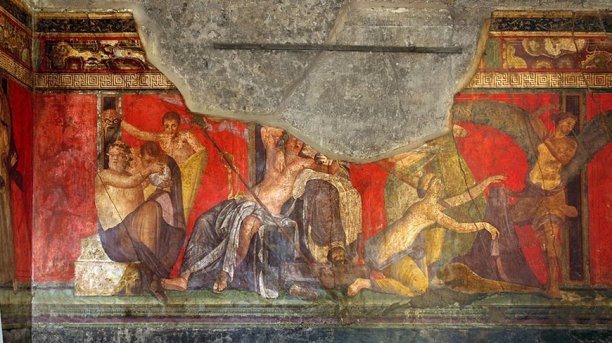 (above & below)  From Pompei - Villa of the Mysteries 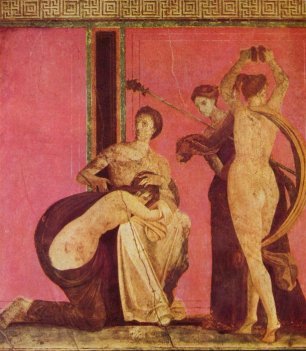 A symbol which describes a posture used in the Mystery religions during the final Initiation ceremony.  Symbolically it is the same as the symbol Alif

"Alif - The Kufic letter alif was the kneeling position.  Dhu'l-Nun Misri, one of the greatest Sufi teachers, is believed to have formulated it in this shape. It became powerful in Turkey during the sixteenth century. Western writers say "it is strangely like the Masons." It was illustrated by a set square, a primal symbol of the Masons. In Arabic, again, the word square is RBA – which summarizes meditation very well in its alternative meaning of "waiting, restraint.""

When combined with the compass symbol, the principal meaning is connected with sacred geography - follow the LINK.