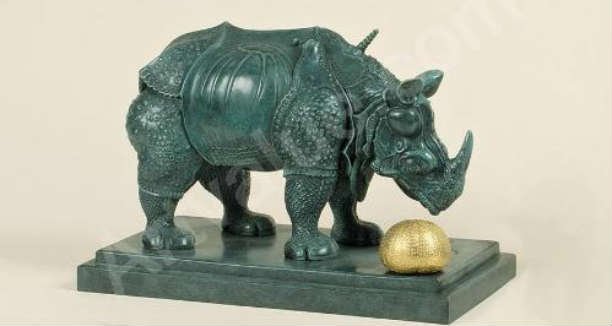 Symbolically equivalent to a Bull – see Bull and Cow.  It also takes on the symbolism of all animals.

To many cultures its size and power meant it was a potent symbol of Intelligences of great power within the Intelligence hierarchy, thus not quite equivalent to the elephant symbolically but high up in the hierarchy of symbolic animals representative of the role of Creator.  Its two horns added symbolically to the overall image. 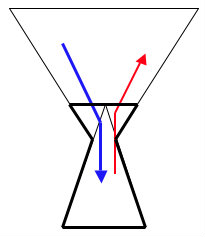 The familiar diagram of the cone with spiritual input and output.

If your role is as a giver of output, the one symbolic horn will be greater than the other – in effect you are a more powerful person or god symbolically because you give more than you take.

In one of the saddest most destructive and stupid literalisations of a symbolic meaning the Chinese, who are otherwise a reasonably bright bunch of people, appear to believe the rhino horn literally gives you virility or more power as a person.

It doesn’t of course.