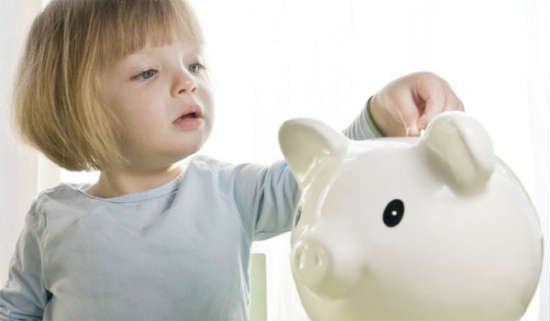 In the United Kingdom in particular we are fond of an apparently strange method of saving.  We use a ‘piggy bank’.  Piggy banks actually have an origin that is thousands of years old, but today they are confined to only a few countries and cultures.

A piggy bank is a hollow pot vessel shaped like a pig.  In the genuine ones it has only one hole -  a slit which takes money.  After having filled the piggy, we then smash the pig to get the money - an act of apparent wanton destruction!

But piggy banks have a spiritual significance.  The hollow pig is representative of the form and function of the clay vessel or pitcher .  The money has the same symbolism as Treasure.  At one time the vessel was just a clay vessel with a narrow hole. In Middle English, "pygg" referred to a type of clay used for making various household objects such as jars. People often saved money in kitchen pots and jars made of pygg, called "pygg jars". By the 18th century, the spelling of "pygg" had changed and the term "pygg jar" had evolved to "pig bank."  But this explanation cannot entirely account for the use of pigs because, as we can see below, pigs are used in other cultures also.

The placing of coins in the vessel was symbolic of the storing of symbolic ‘virtues’ - 'Treasure' - the gradual accumulation of spiritual ‘wealth’.  The smashing of the pig or vessel is ‘death’ [which it is for the piggy but is symbolic or our death] which is when we ‘collect’ and can benefit from the accumulated wisdom we have stored.