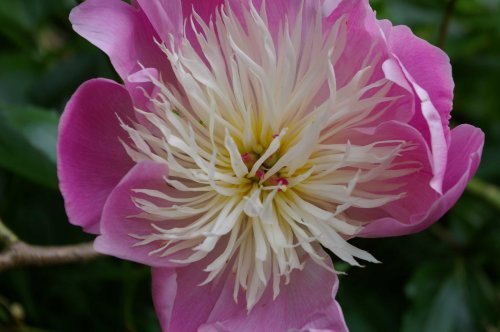 The Peony shares its symbolism with all flowers.  The symbolic attainment of the ascending path up the soul is often seen in visions and also symbolically represented in texts as a peony.  Particularly in cultures such as the Chinese and Japanese cultures, the peony takes on much of the same emanings as a Rose.

When seen in a symbolic garden, in most cultures it is a symbol of perfection.

It is also associated with love and the heart.  The alternative symbol used is the lotus.