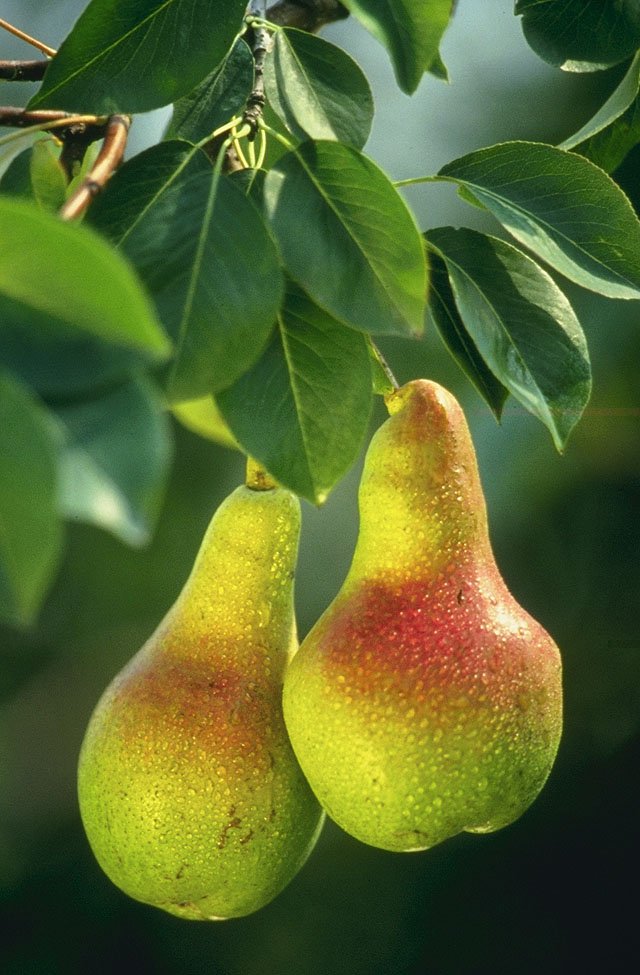 One needs to take the symbolism of the fruit of the pear separately from the pear tree.  First we will look at the tree.

The principle meaning - and that found in the song The Twelve Days of Christmas is related to the persecution of mystics and their beliefs.

This symbolism is all the more ironic, given that the Catholic church now tout the song as a Christian one with a complete revision of its actual meaning.

Sephardic Jews – in other words Jews who followed the Kabbalah and were thus part of the mystic groups, used a pear tree as their emblem.

In Spain, in the fifteenth century, the Sephardim were offered a choice of conversion, exile or death. The result became a struggle that was both worldly and spiritual, interrupted by massively cruel events; a story of persecution, and escape.  The Jews dispersed - some across Europe, some to the Holy Land and some to Central America. 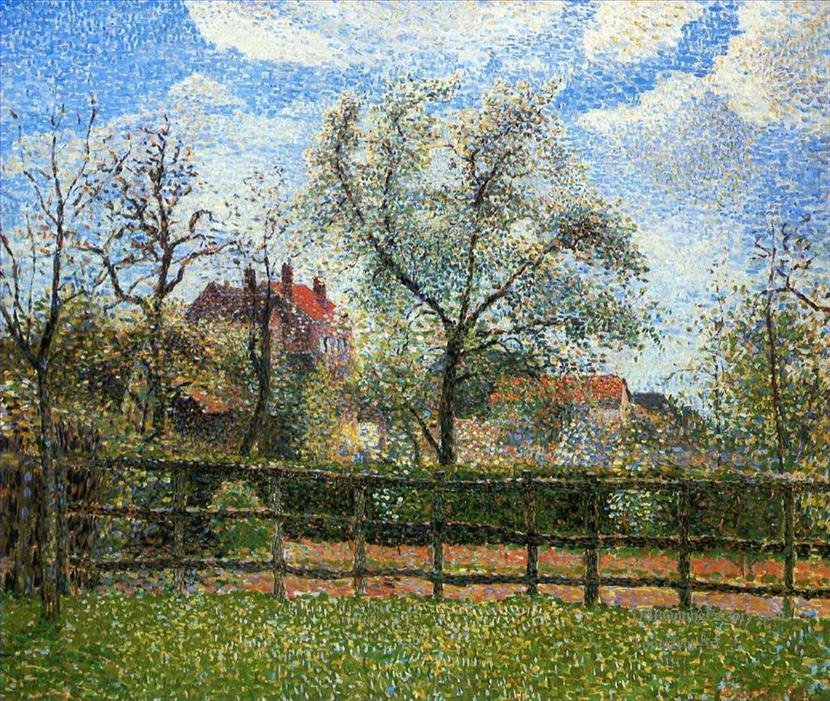 The Sephardic diaspora created by the Inquisition and the Expulsion -  under threat of torture and execution, is epic.  They were given the choice of capitulating to the Cross or becoming Marranos, crypto-Jews who practiced their ancestral religion in secret.  And many many remained loyal to the pear tree that became their symbol and crest.

But of course we might then ask why a pear tree?

In ancient Chinese mythology, for example, the pear tree symbolizes immortal life due to the longevity of the tree.

The pear tree was an object of particular veneration in the Tree worship of the Nakh peoples of the North Caucasus – the best-known of the Vainakh peoples today being the Chechens of Chechnya in the Russian Federation, a people with strong Sufi traditions. Pear trees were held to be the sacred abodes of beneficent spirits in pre-Islamic Chechen religion and, for this reason, it was forbidden to fell them.  Many ritual services were developed associated with particular trees and sacred groves were visited by supplicants in processions.

Thus the Pear Tree is a widely recognised symbol of the Tree of Life.
Cezanne 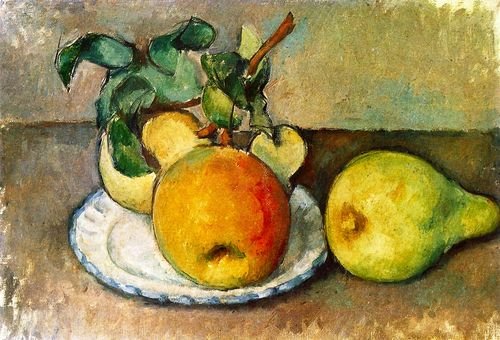 The Christmas song – The Twelve Days of Christmas includes the line [repeated on every verse]. 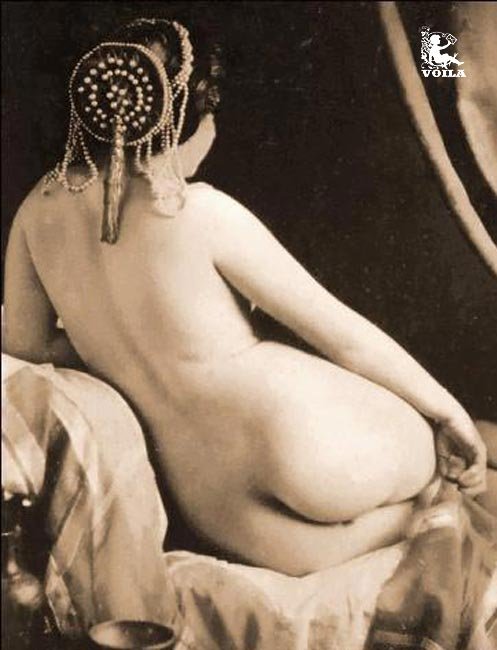 Thus something is hiding in the Tree of Life and it is a bird – this time a partridge.  At first sight this seems an odd gift.  The partridge does not build its nest in the trees, nor take lofty flights, so as birds go, it is not a swan or an eagle in terms of spiritual achievement, but then it is the first day of the gift giving, modest beginnings.

Certainly as the lover acquired more spiritual prowess in the song, the gifts became spiritually a great deal more significant – swans swimming and Lords [the signs of the Zodiac] leaping.

But there is a little more as to why a partridge was chosen.

In Middle English pertriche "partridge," was derived from Perdix, thrown in the seas from a tower, and carried to heaven in the form of a bird by the goddess Athene. He was the partridge, she the pear tree.

In other words this is an allegory of the Lovers and the uniting of the masculine [conscious self] and feminine [subconscious self] to reach the Higher spirit.  The song is saying – this is how you start to get spiritual experience – the partridge must be in the pear tree – masculine and feminine need to unite. 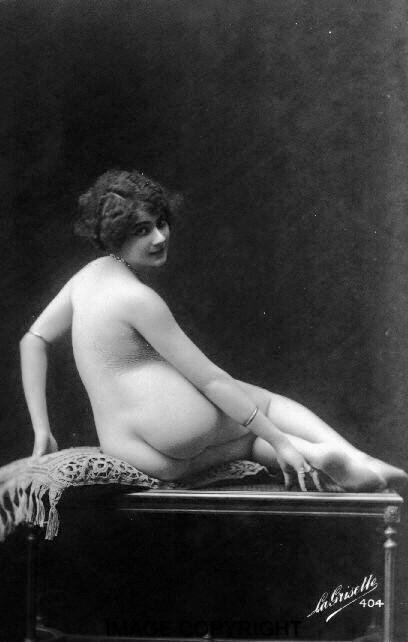 Perdix, whose name originally meant "the Lost One," was a form of Vishnu-Narayana, called Lord of the Pear Trees in his holy city of Badrinath in the Himalayas (from badri, "pear tree"). The pear tree as a consequence has a feminine-masculine significance throughout Eurasia.

The Greek myth from which this symbolism derives, describes how Perdix was a nephew and student of Daedalus.  Perdix turned out to be an intellectually very able if not brilliant scholar [Conscious self].  But Daedalus was so proud of his achievements that he could not bear the idea of a rival. He was so envious of his nephew's accomplishments that he took an opportunity, when they were together one day on the top of a high tower, to push him off – Daedulus thus represents the negative side of intellectual achievement – the inflation of the ego, the building of ‘towers of Babel’ – the lofty and high opinions people are apt to generate of their own self worth. But Athena, saw him falling and arrested his fate by changing him into a bird called after his name, the Perdix (partridge).

And in this way, the Conscious self, rid of the ego, becomes a Lover to be united with the feminine [Athena] and thus in touch with the spiritual world. 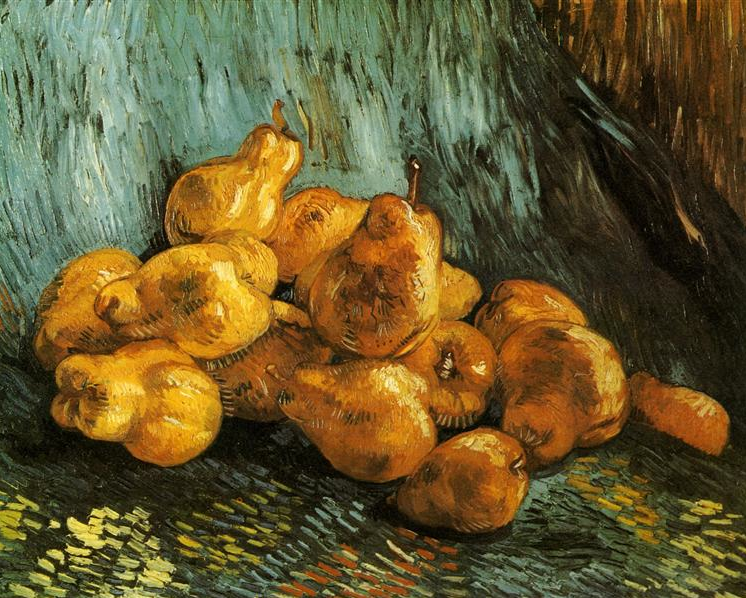 The pear takes on the symbolism of all fruit, but it is especially a symbol of the feminine.  In Greek and Roman mythology, for example, pears were sacred to three goddesses: Hera (Juno to the Romans), Aphrodite (Venus to the Romans), and Pomona, an Italian goddess of gardens and harvests.

During medieval times, however, [if you will excuse the dreadful pun] the symbolism went pear shaped, and the pear, as a whole tree and fruit, then symbolised masculinity, which would seem extremely strange until one realises that the symbolism applied largely to the tree and not the fruit.  According to Albertus Magnus, writing in the 13th century and accepting the ancient and orthodox view of his time, the pear is considered masculine because of “the hardness of its wood, the coarseness of its leaves and the close texture of its fruit.”  Clearly the pears we now enjoy have gone some way away from this description.  Thankfully sanity has been returned and the pear again is a feminine symbol.  As Havelock Ellis has remarked 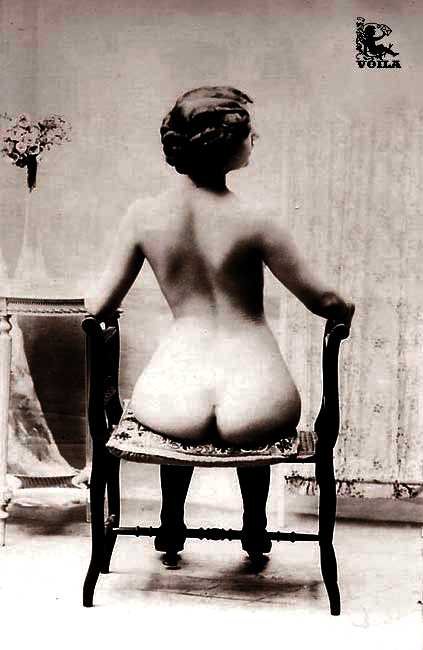 The pear is extravagantly and deliciously feminine with its exquisitely golden tinged skin, which yet is of firm texture, in the melting sweetness of its flesh, in its vaguely penetrating fragrance, in its subtle and ravishing and various curves, even if you will in the tantalising uncertainty as to the state of its heart, yes, the pear is surely a fruit perfectly endowed with the qualities which fit it to be regarded as a completely feminine symbol … as soon as the modern pear began to be developed the popular mind at once seized on its feminine analogies – ‘Cuisse-Madame’, for instance, is the name of one variety and as a matter of fact, all modern associations of the fruit are feminine.

The shape alone is a good enough reason for it being a feminine symbol.

The somewhat earthy sexual nature of its symbolism is reinforced by the connections with the number five.

The fruit is composed of the receptacle or upper end of the flower-stalk (the so-called calyx tube) greatly dilated [the spine]. Enclosed within its cellular flesh is the true fruit: five cartilaginous carpels, known colloquially as the "core". Its flowers also have five petals.

I longed to be eaten
Relished, enjoyed not thrown out half beaten
I waited to be cleansed, groomed and kept
Held in just hands
While Ripe and blush
Summer crawled
And winter crept
Grabbed me by the waist
Squeezed of pulp and taste
Ruined of luster, weak and worn out
I wait for justice
Till time takes its chance
When worms take charge
Of my wasted youth
Cast me away
To my mother’s lap
For pests I prefer
To an unjust man