A mermaid or merman is NOT a nymph – a spirit being that one meets during spiritual experience, although occasionally the symbolism is misapplied.

A mermaid or merman is the symbolic representation of any shaman capable of having out of body experiences in Water. 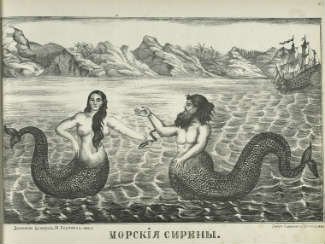 As the vibrational level and layer of Water often appears in out of body experiences as though it was water – thus the look and feel of water is quite common, then a shaman capable of traversing this quite low level vibrational level is in a effect [albeit temporarily] a mermaid or merman.

Shamans and other accomplished out of body travellers were also often celebrated by pictorially showing them as being half man [or woman] and fish. Beowulf for example undertook a large number of his battles ‘underwater’.  The image has the added advantage of incorporating the symbol of the fish. 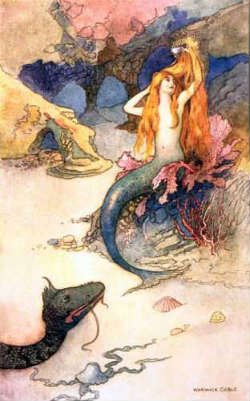 In some cases it is easy to see that the description is of a shaman.  The Arabian Nights (One Thousand and One Nights) includes several tales featuring "Sea People", such as Djullanar the Sea-girl. Unlike the depiction in other mythologies, these are anatomically identical to land-bound humans, differing only in their ability to “breathe and live underwater”. As it says on Wikipedia “They can (and do) interbreed with land humans, the children of such unions sharing in the ability to live underwater”.  So these were shamans.

But because so many myths and legends can be extremely confusing about the nature of the ‘being’ described it is often difficult to decide whether a legendary figure was a spirit being or a shaman.

Most mermaids in particular have long hair.  In other words hair is incorporated into the symbolic imagery of the shaman/god.  Often the hair is red or gold.

The two accoutrements of the Mermaid are the Mirror and the Comb, again indicating symbolically the link to spiritual experience and more specifically that achieved through kundalini energy.  Some mermaids also carry a harp.

The symbolic image matches well too with the idea of lameness and big foot. 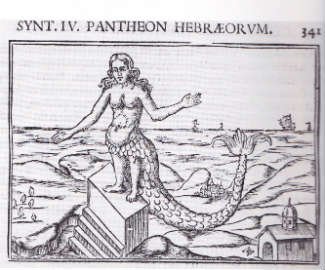 Derceto a fish like goddess mentioned by Ovid and identified by Athanasius Kircher as a deity of the Syrians and the Philistines, this picture is from his Oedipus Aegyptiacus volume I.

Needless to say since there must have been hundreds and thousands of shamans capable of this form of out of body experience, we have numerous examples of so called ‘gods’ in legend and myth who conform to this pattern. 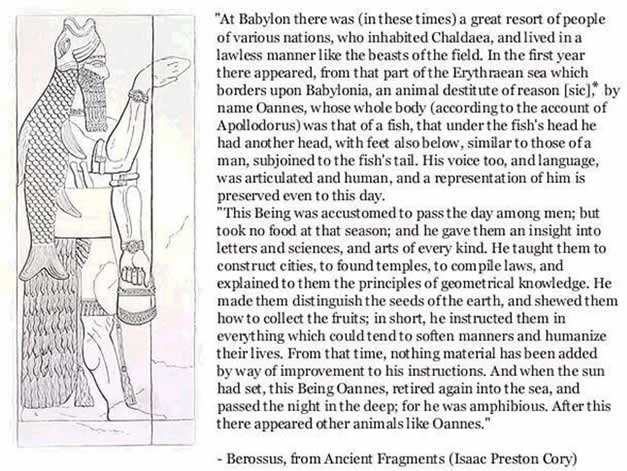 The Hindu goddess Matsya was also a shaman or ‘merman’ who appeared to have played a key role in ensuring the Vedas were preserved.  In the legend Vishnu incarnates as Matsya, enters the ‘Waters’, and kills Hayagriva a spirit being who is hiding the texts, Matsya then brings back the sacred texts. 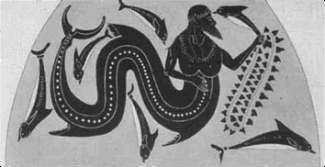