The Holy Grail as a symbol became known as a result of the story ‘Conte del Graal’ by Chretien de Troyes, but itself is derived from a number of earlier myths.  The symbolism is woven into a story involving the finding of a Fisher King and the four symbols – the grail [chalice], a sword, a bleeding lance and a carving dish the carving dish being a symbol of beheading 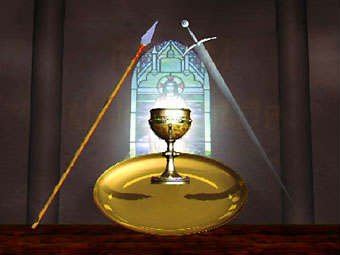 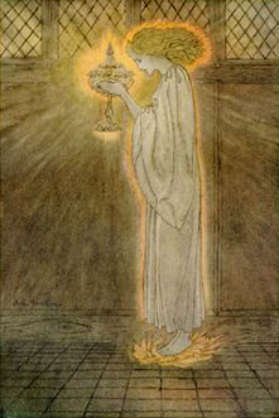