The word Heyóka  refers to the Lakota concept of a sacred clown or jester within Native Indian American culture.  The same concept existed in many other tribes but with a different name.  Heyoka are thought of as being backwards-forwards, upside-down, or contrary in nature. The concept is also related to  the Hanged Man in the Tarot.  See also  Jester.

We call the heyoka a two faced, backward forward, upside down, contrary fool, but he is an honest two faced.  He works backward openly.

If a person dreamed of a swallow, lizard, snowbird or nighthawk, or if they saw a  Thunderbird in their dreams, then they were destined to become a Heyoka. 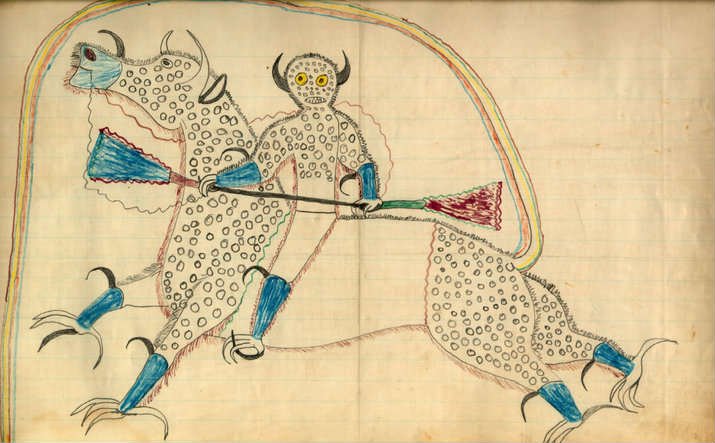 Blackhawk’s depiction of a heyoka 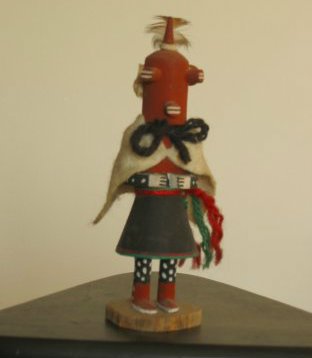 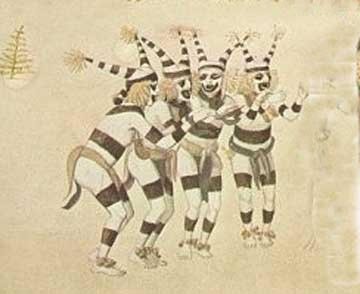 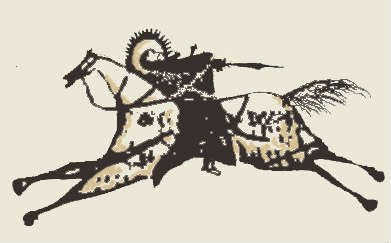