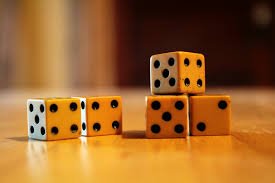 The shape of the dice we use in most games is square.  Both the rectangle and the square are the symbols used to represent the Earth level and layer.  In other words the symbolism applies to what happens in the physical. 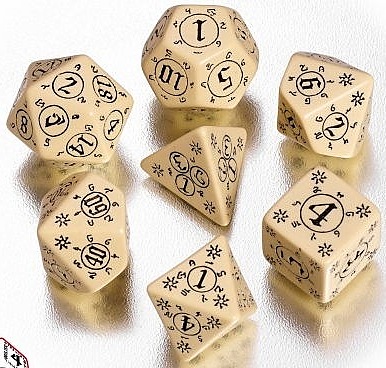 The shape is not accidental, it was intended to be square, it is possible to make dice out of all sorts of other shapes and these shapes are themselves significant if they are used in a game.

Two pyramids connected together, for example, are the two stages of Initiation in the Mysteries - or as Dante might have described it  - Inferno, followed by Purgatory and Paradiso.

The entire function of a dice is to detemine in any game what happens next, how many moves in the game of Snakes and Ladders, for example.

Snakes and Ladders is an allegory of the spiritual path and is then a journey across the ‘board’.  The aim is to get to the top of the board and achieve our Destiny, but each time the dice is rolled, we may in fact descend - get further away from the goal.  Thus in snakes and ladders, along with numerous other games in which a dice is used, the dice represents ‘Fate’ as opposed to Destiny.

It is, in theory chance that determines what happens next.  So the dice represents fate - in theory.

There is however an aspect of Fate that cannot be ignored.  As Einstein said 'God does not play dice with the universe'.  As part of the Great Work we have an entirely invisible set of tasks, of which we know nothing and which, it would seem, we would probably not understand even if we knew what the actual tasks were.  If we are in some ways key to a particular sequence of events happening, there does seem to be some evidence that ‘Fate’ does take a hand in order to steer our course in the right direction.  To do this it may put Adversity in our way.

Thus Fate is not a predetermined outcome it is more correctly personified in the way the Greeks saw it, a series of spirit ‘helpers’ who interfere [and this is key] with what is happening here on the physical plane, the choice is actually whether we go the Black route or the White route. 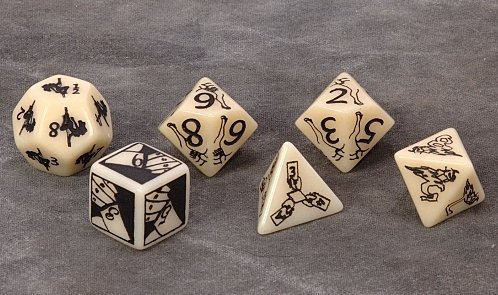 Black and White and the number Two

The dice has two colours Black and White.  In most dice White is the predominant colour, which adds a little interest to the whole symbolic meaning.

In Snakes and Ladders you can go up or you can go down - Ascension and Descent.  A choice of two.  Ascent is white, descent is black.

The use of Black and White is thus to reinforce the idea that we are all part of the Great Game and that at each stage there are two choices open to us - two contrasting approaches to life.

Neither side will ever 'win', because that is not the purpose of the 'game', the purpose is for each side to push the process - the Great Work. 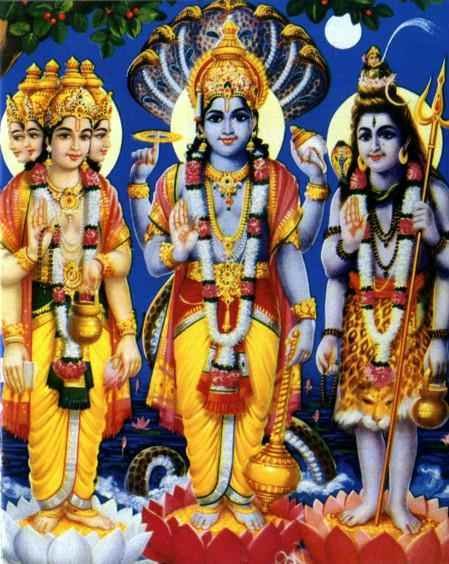 The Trimurti of the three Hindu Gods - Creation,Maintenance and
Destruction; Brahmin the creator, Vishnu the maintainer or
preserver, and Shiva the destroyer or transformer.  Each god in
the trinity has his consort. Brahma has Saraswati, Vishnu has
Lakshmi, Shiva has Kali (Parvati).

A dice represents the part Fate plays in our lives - but only in the sense that it appears to be chance to us because we do not understand or ever see the entire plan of the Great Work.

The two colours of the dice are to remind us that the universe was constructed around the idea of two contrasting forces - the Black destructive forces  and the White creative forces.

White is predominant on the dice because the Objective of the Great Work is creation, but one cannot create unless one destroys the old, as such destruction is a key part of the process - Kali is needed as much as Saraswati.

With the pirouettes of marionettes,
They tripped on pointed tread:
But with flutes of Fear they filled the ear,
As their grisly masque they led,
And loud they sang, and loud they sang,
For they sang to wake the dead.
"Oho!" they cried, "The world is wide,
But fettered limbs go lame!
And once, or twice, to throw the dice
Is a gentlemanly game,
But he does not win who plays with Sin
In the secret House of Shame."

So Black can never 'win', but it plays a very very big role and we cannot do without it.