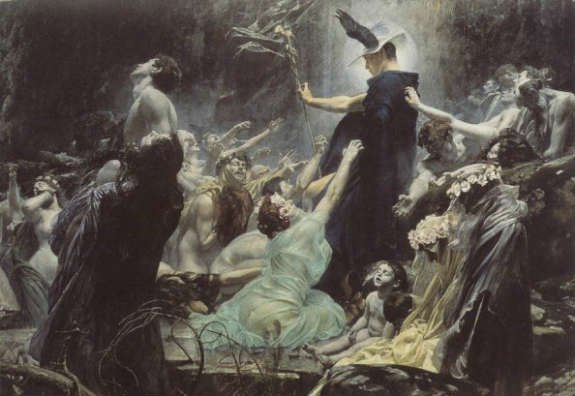 I suspect that the symbolism for Coal was actually derived from this word.  The English surname Coleman is a derivative from this too.

In ancient English usage COEL or Cole is an ‘omen’ or ‘belief’ and the Coleman was thus an ‘omen or belief mapper’.  The word we use now to describe such as person is a shaman or hierophant.

Alfred Watkins – The Old Straight Track
The New English Dictionary gives a rare obscure word ‘Cole’ as meaning a juggler.  Also as of more frequent usage ‘cole prophet’, sometimes spelt ‘cold-prophet’ a wizard, sorcerer or diviner.
In Rowland’s ‘Mona Antiqua Restaura’ the word cole is mentioned in connection with tumuli and cairns and it is said that there are ‘grounds of probability that it really was some solemn appurtenance or religion, although now quite forgotten’
It appears to have a Celtic origin, for in Pugh’s Welsh Dictionary will be found:  Cole – an omen or belief; ..cole y beirdd, the alphabet of the bards; Colecerth; omen of danger, beacon, bonfire; Coelfain, the stones of omen

Most King Coles or Coels  - see Old King Cole - appear in myth and legend, but there is no contradiction in the idea that someone powerful enough to be able to ‘ map and sing out the world’ could not also be a king.

Reference is made in the quoted paragraph above to the coleman being a bard.  Bards were successors to the Druids but their ability to remember and keep the ancient ‘songs’ was known, as Watkins points out:

Alfred Watkins – The Old Straight Track
The Welsh Triads have much information about bards, their privileges and position in household and law courts.  I quote sufficient to show that their connection with earlier mark stones continued down to Anglo-Saxon days and that they were successors to the Druids.
‘It has been established for bards, qualified by the privilege and degree of session specially to have the custody of kin and descent, and of territorial divisions, and in addition to that the memorial of fire, back stones and mier stones and mounting stones .....While I feel that the ley-man, astronomical priest, druid, bard, wizard, witch, palmer and hermit were all more or less linked by one thread of ancient knowledge and power … I can attempt no genealogy