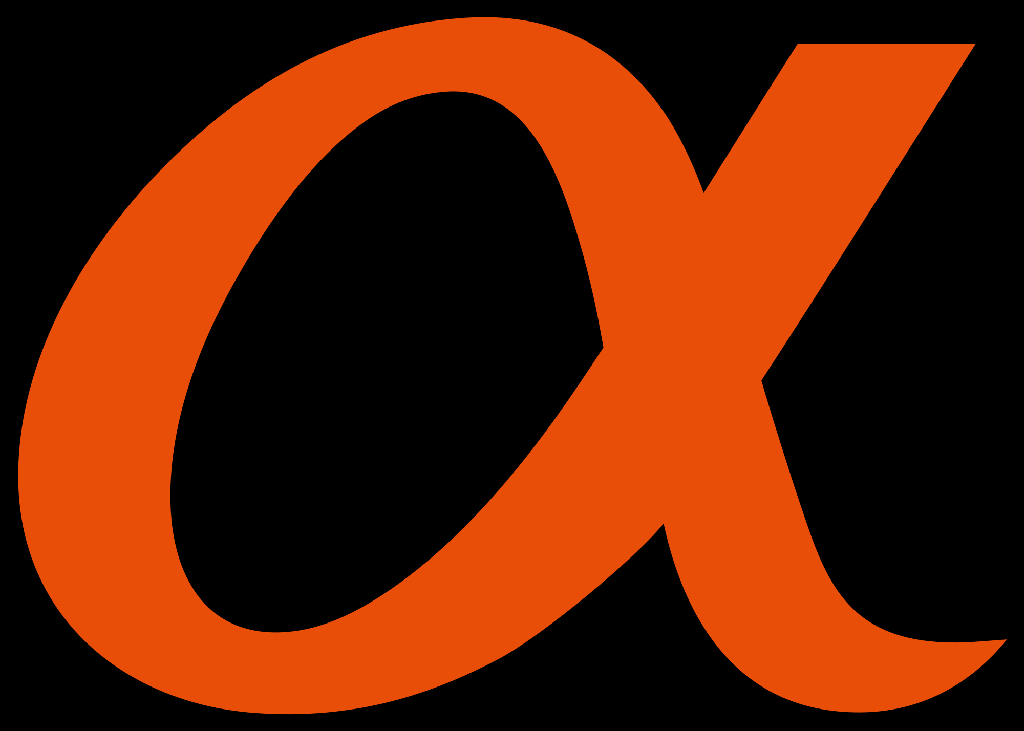 Alpha (uppercase Α, lowercase α; Greek: Άλφα Álpha) is the first letter of the Greek alphabet. In the system of Greek numerals it has a value of 1. It was derived from the Phoenician letter aleph

. It also relates to the hebrew Aleph.  Letters that arose from alpha include the Latin A and the Cyrillic letter А.

In English, the noun "alpha" is used as a synonym for "beginning", or "first" (in a series), reflecting its Greek roots.

For an explanation of its full symbolic meaning see Omega, with which it is nearly always paired.