Kerberos or Cerberus was a three headed dog found in Greek legend and myth.  He was the protector of the underworld and guarded the gates of ‘Hades’. More specifically, he was there to prevent access to specific parts of the underworld.  He is described below in the observations. 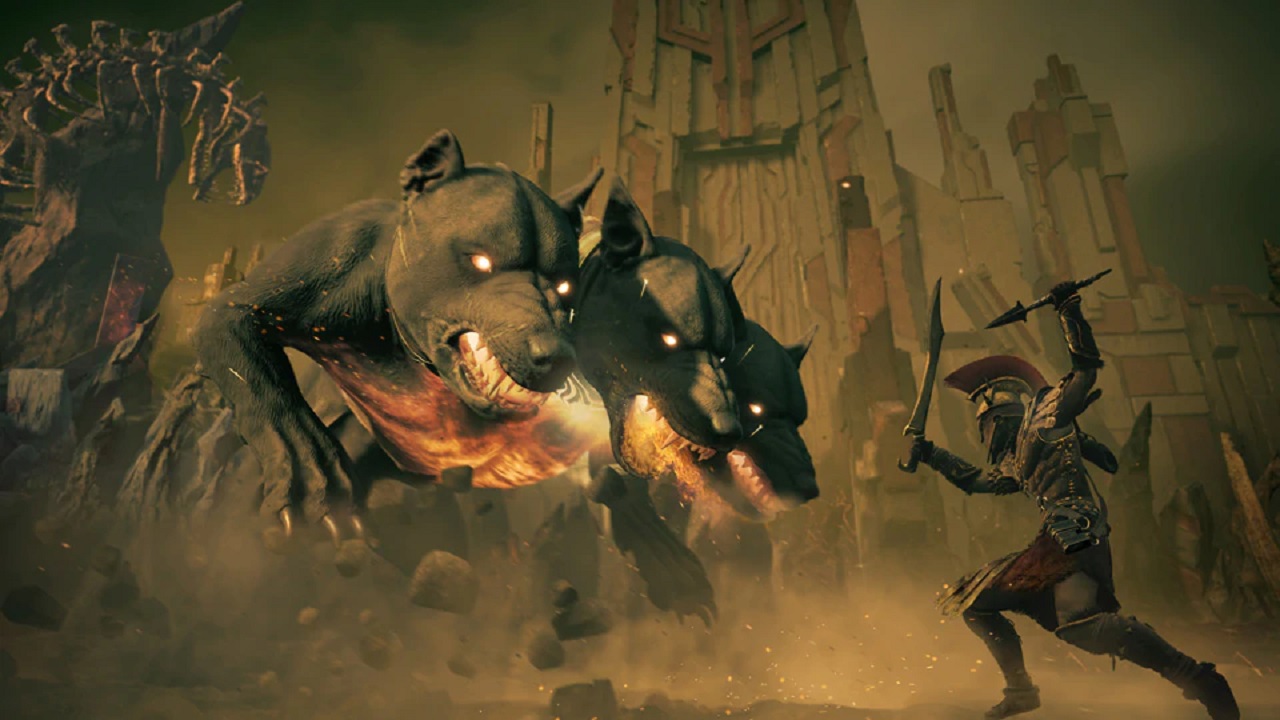 Each of Cerberus' three heads is said to have an appetite only for ‘live meat’ and thus allows the spirits of the newly dead to freely enter the underworld, but does not allow the living to enter.

Most occurrences in ancient literature describe ways in which Cerberus can be overcome, for example, in the Aeneid Cerberus is lulled to sleep after being tricked into eating drugged honeycakes, and Orpheus puts the creature to sleep with his music.