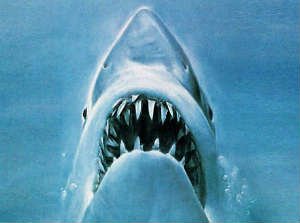 Teeth, found in the jaws (or mouths) of many vertebrates,  are used to break down food.  Numerous species have teeth, from mammals to fish and reptiles. The shape of the animal's teeth are related to its diet. For example, plant matter is hard to digest, so herbivores have many molars for chewing and grinding. Carnivores, on the other hand, need canines to kill prey and to tear meat.

Teeth are not made of bone, but rather of multiple tissues of varying density and hardness.

Dentine, along with enamel, cementum, and pulp are the four major components of teeth.

Dentine is covered by enamel on the crown and cementum on the root and surrounds the entire pulp. By weight, seventy percent of dentin consists of the mineral hydroxylapatite, twenty percent is organic material and ten percent is water.

Tooth enamel is the hardest and most highly mineralized substance in the human body. It is the normally visible dental tissue of a tooth because it covers the anatomical crown and must be supported by underlying dentin. Ninety-six percent of enamel consists of mineral, with water and organic material composing the rest.  Enamel's primary mineral is hydroxylapatite.

And teeth are spiritual transducers.  The crystals in teeth are capable of being a transducer via piezoelectricity - the charge which accumulates in response to applied mechanical stress.

Unlike the dental hard tissues, bone remodels when subjected to orthodontic forces. Bone is also piezoelectric (generates a surface electrical charge upon application of force).

In dentine and cementum from sperm whale teeth (which gave samples of sufficient size), the existence and magnitude of piezoelectricity were examined and compared with human bone.

Both dental tissues were found to be piezoelectric with coefficients of 0.027 and 0.028 pC/N, respectively; the coefficient of human bone was eight times greater (0.22 pC/N). Thus the strength of the piezoelectric effect was correlated with the known capacities of the tissues to undergo adaptive remodelling. This result is consistent with the theory that piezoelectricity mediates orthodontically induced alveolar remodelling.

OBJECTIVES:
The present study focused on the piezoelectricity of human dentin. The effects of moisture content and orientation of tubules were investigated.

METHODS:
Fresh human dentin was cut with two surfaces generally parallel to the occlusal surface. The potentials generated by specimens were detected, as the compression loads were respectively parallel and vertical to the tubules. Moreover, specimens were dried and rehydrated; piezoelectric coefficients d(33) of dentin with different moisture content were measured horizontally to, and vertically to, the tubules.