There is a trigger point opposite the solar plexus. This is recognised as a chakra in the Hindu system and as a series of major acupuncture/acupressure points in the Chinese system of medicine.  It is also known in osteopathy as well as other systems.

The solar plexus is a complex bundle of very many nerve fibres located in the abdomen, where the celiac trunk, superior mesenteric artery, and renal arteries branch from the abdominal aorta. It is behind the stomach and the omental bursa, and in front of the crura of the diaphragm, on the level of the first lumbar vertebra. 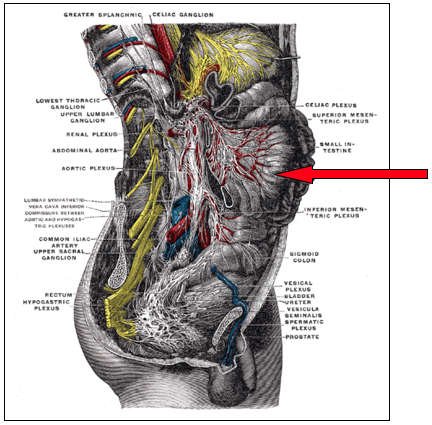