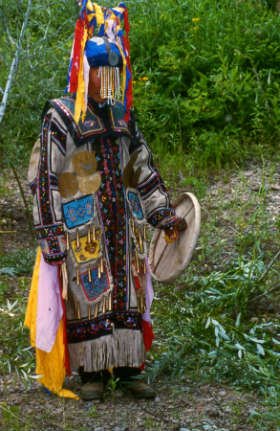 Shamans are one of my types of source for this website.

The word shaman is said to be derived from the sanskrit word Sramana meaning ascetic or ‘one who knows’.

A shaman is a person – male or female – capable of communicating with and within the spirit world.   They can enter spiritual realms to obtain answers to and to solve problems of the community.

Shamans have existed since prehistoric times.  They still exist in surprisingly large numbers both in indigenous communities where their presence is perhaps more obvious, but also in so called ‘civilised’ nations - meaning those with the trappings of technology.  We have quite large number of people with shamanic power in Europe, some can heal, some can ‘fly’ in out-of-body states, some have powers they are completely unable to control!

The genuine ones tend to keep a very low profile and just get on with it, primarily because they are still ostracised and thought to be ‘scary’ people.  Having shamanic powers is not necessarily a blessing.  On the whole I found it better to accept the fact that shamans exist in western society but to concentrate on ancient shamanism and shamanism in indigenous societies, as here a shaman is easier to identify.

One of the most interesting aspects of shamanism is that in prehistoric times it was clearly extremely widespread.  Every tribe or hunter gatherer group probably once had a shaman whose role it was to:

All we have as a record of these men and women is the myths and legends that describe their powers.

There is reason to believe that the majority of early shamans were women – naturally gifted women, - who prophesied and healed, as well as led ceremonies such as marriages.

Nearly all writers on Siberia agree that the position of the female shaman in modern days is sometimes even more important than that occupied by the male.

Krasheninnikoff ascribes the shamanistic gift among the Kamchadal almost exclusively to women…. .  shamanesses, according to [Solovieff], are especially good in foretelling the future, looking for things that are lost, and curing diseases.  Among the Palaeo-Siberians, women receive the gift of shamanizing more often than men. ‘The woman is by nature a shaman,'

Many scientists (Troshchanski, Bogoras, Stadling) have been led to express the opinion that in former days, only female shamans existed, and that the male shaman is a later development which has to some extent supplanted them. …. In the old days, as at the present time, the women-shamans were considered as powerful as the men, sometimes, indeed, an individual female shaman is even cleverer than a man.

But the curing of diseases meant that a shamaness came into contact with viruses and bacteria and gradually the male role evolved – a man being more able mentally to cope – to deal with the spirit beings of these aspects of disease.  From there evolved the black and the white shaman – see Black and white.

Furthermore as they were less sensitive and perhaps ‘braver’ they also evolved to travel out of body and explore.  Much as most explorers of the physical word tend to be men, so the explorers of the spiritual world were men – also known as black’ shamans.  Black shamans are not sorcerors. This has to be emphasised.  On this website I have excluded all sorcerors.

The evolution of most societies can be traced to the evolution of their shamans.  The shaman became the leader of a group because of the special capabilities of that person.  At one time some extraordinarily powerful shamans existed and these were revered as ‘gods’.

In effect, many ‘gods' were extremely gifted shamans – thus living people, who were capable of using out of body experience and trance states to heal, survey territory, find game, survey routes across difficult terrain and act as psychopomp.  Their talent was thought sufficiently impressive that they were raised to ‘god’ status.

Egyptian ‘gods’, for example, seem to fit this category, especially since their badges of office – the hats and insignia they wore (hats shaped like psilocybin mushrooms, cobras, lotuses etc) are all known hallucinogenic substances.  Even today cobra venom is smoked in order to obtain spiritual experiences and psilocybin mushrooms – magic mushrooms have widespread use.

Historically, as the groups became settled and farming developed, shamans became the leaders of people with specific roles – farmers, craftsmen, warriors - with the shaman as the ‘priest kings or queens’ of the society.

This is how the Hindu caste system developed – the Brahmins were originally the shamans.

As society evolved its specialised roles, the priest/king/shaman also took on the role of astronomer and astrologer in order to predict seasonal cycles and in some cases help with rain making.

When ancient legend tells of kings, queens, pharaohs, and so on being descended from ‘gods’ they are describing the gradual institutionalisation of shamanic rule.  It seems that once the groups of people became larger and a powerful family obtained rule through a shamanic ancestor they hung onto that power.  Once the links with shamanism were broken, then rulers – whether religious rulers or national rulers - became political power bases and all spiritual links were lost.

From my point of view, the need to concentrate on the legends and myths of prehistory suddenly took on some importance.  Furthermore, I had to view all these legends and myths as potentially stories of shamans going through spiritual experiences.  Once viewed in this way, Greek myth, Celtic myth and numerous other myths suddenly become meaningful. 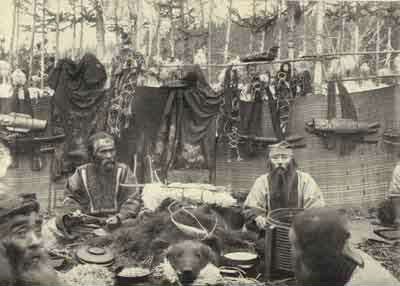