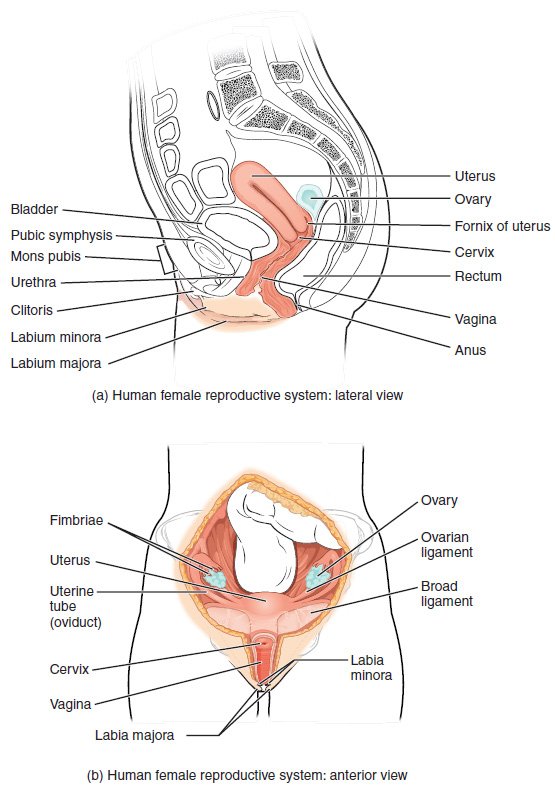 There are major differences in the reproductive organs of the male and female in humans.

are located inside of the body and around the pelvic region.  The human female reproductive system contains three main parts:

After ovulation, the follicle is converted into the corpus luteum/corpora lutea.

The breasts are involved during the parenting stage of reproduction, but in most medical  text books they are not considered to be part of the female reproductive system, why is unclear.

is a series of organs located outside of the body and around the pelvis region. The primary direct function of the male reproductive system is to provide the male sperm for fertilization of the ovum. 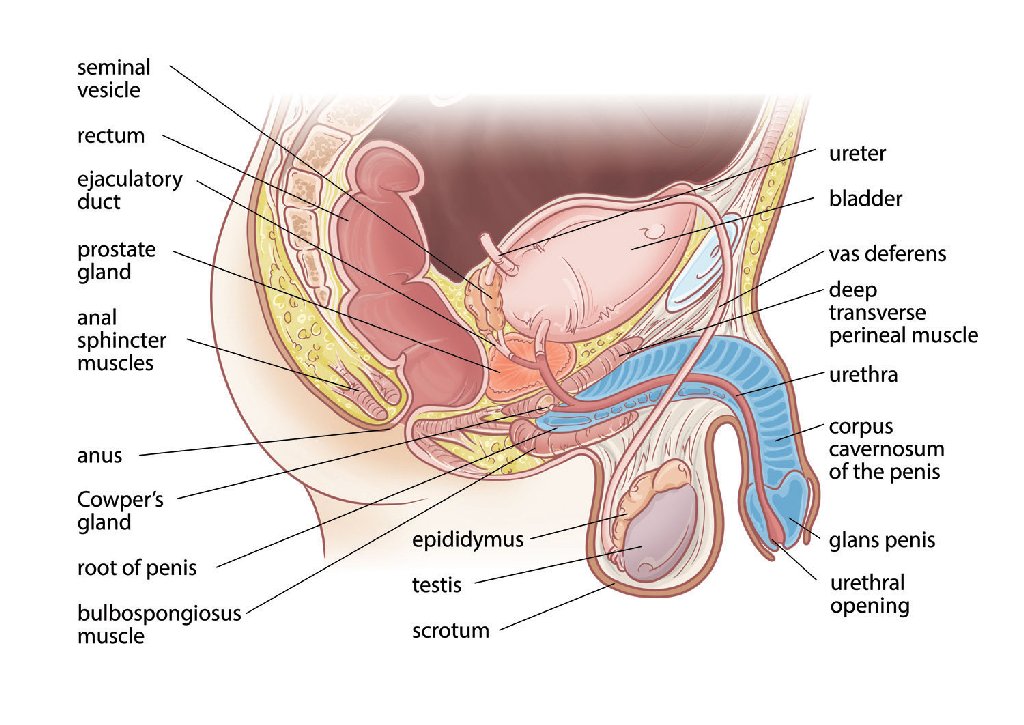 The major reproductive organs of the male can be grouped into three categories.

Sperm production is also governed by LH - luteinizing hormone - released from the pituitary gland.  The maturation and growth of sperm is then dependent on the testosterone from Leydig cells in the testes as well as  Sertoli cells a "nurse" cell of the testicles that helps in the process of spermatogenesis; that is, the production of sperm.  It is activated by follicle-stimulating hormone (FSH) and has FSH-receptor on its membranes. 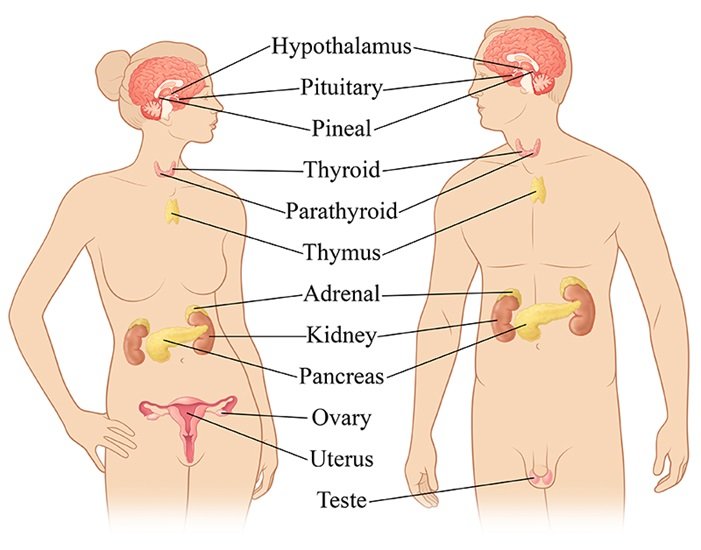 Oestrogen and progesterone control the female reproductive cycle.  Estrogens or oestrogens control menstruation.  Progesterone has an enormous number of functions besides that of reproduction, but in this context when eggs release progesterone, the sperm use progesterone as a homing signal to swim toward eggs.  It also regulates many processes during pregnancy.

Testosterone is secreted primarily by the testicles of males and, to a lesser extent, the ovaries of females. Small amounts are also secreted by the adrenal glands. In men, testosterone plays a key role in the development of male reproductive organs such as the testis and prostate as well as promoting secondary sexual characteristics such as increased muscle, bone mass, and the growth of body hair.  On average, in adult males, levels of testosterone are about 7–8 times as great as in adult females. 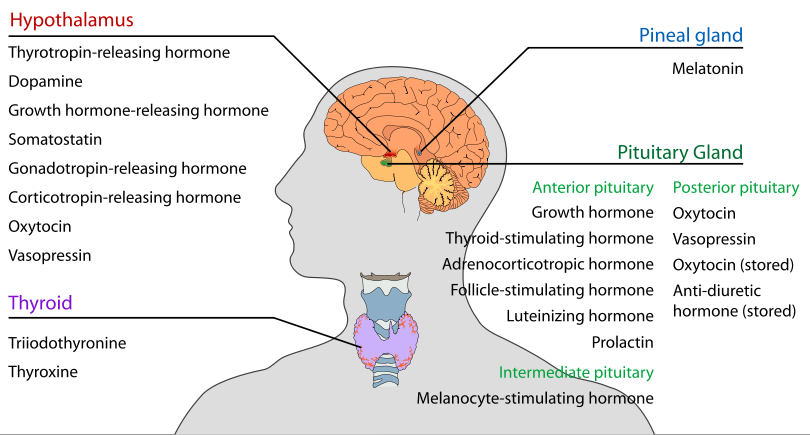 Oxytocin is known as the 'love' hormone.  It is released during love making, sexual arousal and childbirth.  It is generally released from the pituitary gland into the blood from where it travels via the blood stream to the rest of the body.   But the testes have the capacity to produce oxytocin by themselves as does the corpora lutea in the ovaries in women.  [Note that this has an impact on the practises of Sex magick as stimulation of the testicles and the corpora lutea release this 'love hormone']. It has its own receptors in the brain, the spinal cord and in the genital organs as well as the kidney, heart, thymus, pancreas, and adipocytes.  Oxytocin receptors are found in Leydig cells in the testicles. It may be oxytocin that controls the kundalini experience.