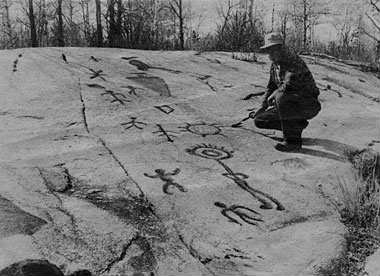 Petroglyphs are rock engravings or carvings, some of which may be coloured, created by removing part of a rock surface by incising, picking, carving, and abrading. The word comes from the Greek words petro-, theme of the word "petra" meaning "stone", and glyphein meaning "to carve", and was originally coined in French as pétroglyphe. 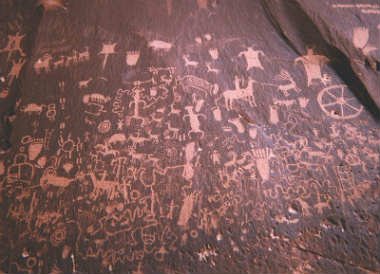 They are found world-wide, and are often associated with prehistoric peoples.  They are a good indicator that something is special about that marker stone.  Very often the carvings themselves give you a clue, as they can represent shamans in various stages of trance, or shamans in their ‘power animal’ state [a shaman can ‘become’ a deer, lion, bear and so on in trance], or shamans as they experience out-of-body states or whilst they are journeying within the three worlds.

The symbol section provides you with a reference to the symbols you may find.  For example, shoes, or feet without shoes, spirals, the triskela or triqueta, cup and rings, the symbol for the Egg.  Furthermore in the section on Sources, we have an entry for the Picts.  In the observations you will find a considerable number of symbols listed and described.  They have far wider applicability than one might imagine. 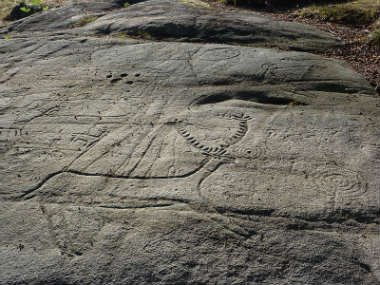 European petroglyphs: Laxe dos carballos in Campo Lameiro, Galicia (IV-II millennium BCE), depicting both cup and ring marks and the shaman as deer – that’s why the antlers are as they are, they represent shamanic flight