The Monroe Institute was founded by Robert Monroe. More up to date details of the organisation and its current locations and courses can be found on the links:

Monroe Institute on You Tube

Over 20,000 people are estimated to have attended TMI’s residential Gateway program during its first thirty years, Gateway is the introductory course to a whole line of other courses in the series.  The courses are, at the time of writing , run as straightforward exploratory sessions in which there is absolutely no attempt to instil  belief systems, religions, political ideas or social ideas.

Each person has a set of headphones, retires to a booth or to their room and listens to a CD of about 45 minutes or so which has one or more mixed frequencies [called a focus level] underpinning pink noise - the sound of the sea or some equally restful but unimportant sound.  A facilitator is present to handle the equipment and conduct after session discussions of the experiences.  No one is compelled to discuss what happened but the idea is that others may benefit by hearing of the types of experience that the technology and frequency can invoke.

It is worth adding that the U.S. military have shown great interest in TMI and have sent officers there for OBE training.  One area of interest they have explored is remote viewing.

In 1994, a front page article in the Wall Street Journal had statements confirming this by the former director of the Intelligence and Security Command of the U.S. Army.

The same article had a quote from an attendee from a  Zen Buddhist temple in Vancouver British Columbia who said that  "Gateway students can reach meditation states in a week that took [me] 30 years of sitting".

The main techniques are provided in this section, however, the Institute also use other techniques such as counting out.  As they are constantly experimenting, it would not be right to say the list is fixed. 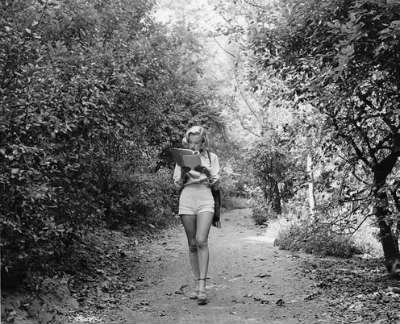