Over its years of operation, the I53US array located in Fairbanks, AK has detected many signals from local mining activities.  The two local mines that have provided the most signals are Fort Knox and True North.  Both mines use ripple-fire surface blasting techniques to aid in extracting ore from the ground.  These surface explosions create low-frequency pressure waves in the air which can be detected at Fairbanks with the I53US array. There have been more than one thousand mine blast signals detected at I53US since 2002.

The mine signals are some of the clearest signals detected by the I53US array.  As seen in Figure 1, the amplitude of the average mine signal is much greater than that of the background noise.  The shape of the signal is referred as an N-wave due to fact that it resembles an upper case “N.”.  Explosions often result in N-waves because they create a region of high air pressure (compression) immediately followed by a region of low air pressure (rarefaction).

All eight sensors record nearly the same waveform differing only in arrival time.  Using these time delays, the trace-velocity and direction to the source can be estimated. 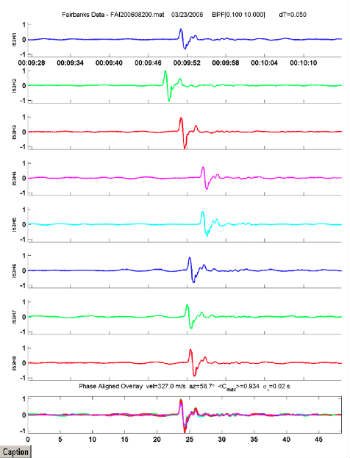 Figure 1. Mine explosion signal from Fort Knox as detected by 153US

We have continued to examine earthquake and mining blast data to search for infrasonic detections using Los Alamos (LANL) infrasound arrays. …… The goal of this research is to be able to distinguish between earthquakes and small mining blasts using discriminants established using either infrasound or in conjunction with seismic data………We have examined a fairly wide range of small earthquake and mining blast magnitudes and distances. Our general conclusions at this time for the current set of processed results are the following:

2) The earthquake detections are generally “cleaner,” i.e., the standard deviation of the recorded.

amplitudes averaged over all available data channels, is generally much smaller with respect to the average value.

Since October, 1997, we have recorded infrasound signals at Kurchatov, Kazakhstan, from large mining blasts in Kazakhstan and the Altay-Sayan region, Siberia. Kurchatov is an ideal site for research on infrasound and application of synergistic (seismic and acoustic) methods of event discrimination. This is because it operates a 21-element short-period seismic array and a three-component broadband seismographic station and because of its close proximity to large (100+ ton) mining operations.

Several large mines in the region routinely carry out large explosions that are detected seismically and with infrasound. The mines range in distance from 80 to 750 km from the infrasound array. The Ekibastuz mine, 250 km west of the array, regularly produces 4-6 seismic detections per day. The corresponding number of infrasound detections is found to be dependent upon the season and the local winds. During the winter months, when the direction of the zonal component of the stratospheric wind is from west to east, a strong stratospheric duct develops between Ekibastuz and Kurchatov and the number of infrasound detections is high. During this period the infrasound signal consists of two arrivals separated by about 60 s. A preliminary interpretation of these signals is that the first arrival at 250 km distance propagates through the troposphere and is followed 60 s later by a stratospheric arrival. During the summer months, when the zonal winds reverse direction, the number of infrasound detections is low.

We are currently analyzing signals from 1999 recorded by the new large arrays. Preliminary analysis of signals recorded during spring, 1999, by the larger aperture array suggests that the larger array results in improved infrasound detection of Ekibastuz mine blasts and improved discrimination of non-acoustic noise. The data from the new large aperture arrays also confirms identification of infrasound signals believed to be produced by events in the Kuzbass mining region of Siberia, over 700 km away from Kurchatov.

It is also clear that the infrasound produced travels very long distances, governed to a large extent by the prevailing winds and the weather………….

Seismic and acoustic recordings are particularly important to help identify and locate industrial blasting sources. We have analyzed seismo-acoustic signals from mine blasts for 2000 and 2005 in order to determine detection by seismo-acoustic signals of explosions by seismic and infrasound stations. Several large mines in the region routinely generate explosions that are detected seismically and with infrasound. The mines range in distance from 40-500 km from the seismic, infrasound array.

In the last few years mining activity in Mongolia significantly increased. All events identified as quarry blasts have occurred during daytimes between 03:00 p.m. and 08:00 a.m. GMT and on weekdays from Monday to Friday. The corresponding number of infrasound detections is found to be dependent upon the regional weather conditions, which include air temperature, epicentral distance, wind force and velocity.

This study provides further confirmation that short-range sound propagation depends strongly on the atmospheric conditions, primarily on the variability of the meridional and zonal winds. In winter, infrasonic waves propagate both in the stratosphere and in the thermosphere sound channels. In summer, the propagation model explains only reflections in the thermosphere.