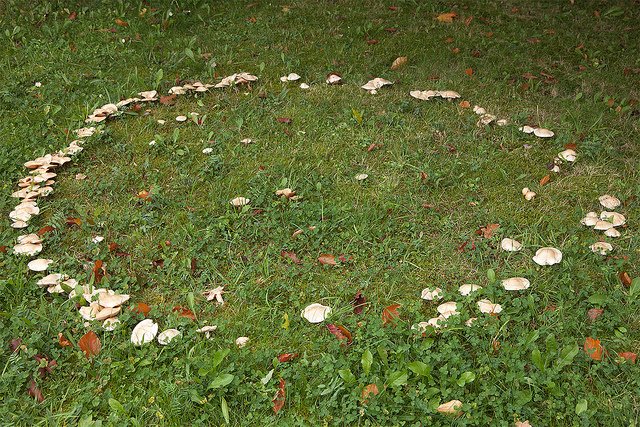 A fairy ring, also known as fairy circle, elf circle, elf ring or pixie ring, is a naturally occurring ring or arc of mushrooms. The rings may grow to over 10 metres (33 ft) in diameter, and they become stable over time as the fungus grows and seeks food underground. They are found mainly in forested areas, but also appear in grasslands or range-lands. Fairy rings are detectable by sporocarps in rings or arcs, as well as by a necrotic zone (dead grass), or a ring of dark green grass. If these manifestations are visible a fairy fungus mycelium is likely present in the ring or arc underneath. 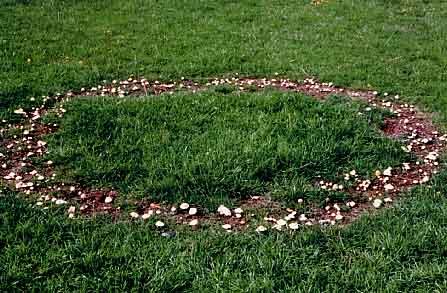 Quite a large number of types of fungi produce ‘fairy rings’, only one of these is partly 'hallucinogenic', the majority produce delirium via either hypoxia or poisoning that can in turn produce hallucinations.  A few contain muscarine which is described in a separate entry and has different effects.

There are about 40 to 60 mushroom species which can grow in the fairy ring pattern. The best known is the edible Scotch bonnet (Marasmius oreades), commonly known as the fairy ring champignon.  Of these only a small number are known hallucinogens, in the list that follows the ones that are, are indicated …………….

Seeing the elves and fairies 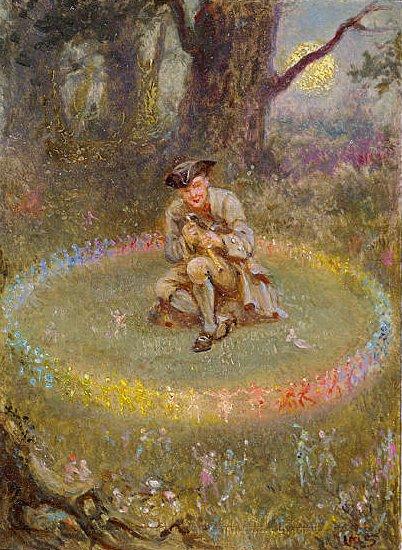 In effect, one mushroom is hallucinogenic, the rest may either be edible, but may be difficult to distinguish from their toxic relatives.  Eating those that are toxic may well cause hallucinations and delirium.

And one suspects that this is why people often saw elves in fairy rings – they hallucinated after eating the hallucinogenic mushrooms or after inadvertently eating the toxic mushrooms:

“Fairy rings occupy a prominent place in European folklore as the location of gateways into elfin kingdoms, or places where elves gather and dance. According to the folklore, a fairy ring appears when a fairy, pixie, or elf appears. It will disappear without trace in less than five days, but if an observer waits for the elf to return to the ring, he may be able to capture it”.

This is the scientific explanation.

But there is a symbolic meaning to fairy rings, which I will explain here for convenience.  The meaning of Fairy and Elf can be found by following the links, but it is also important to understand the meaning of Ring.  As the various systems of the universe are to be found at different levels in the Egg, anyone who had a spiritual experience - whatever the mechanism - and saw spirit beings would have said they were in the Fairy ring.  Thus symbolism has here overlapped with a literal interpretation. 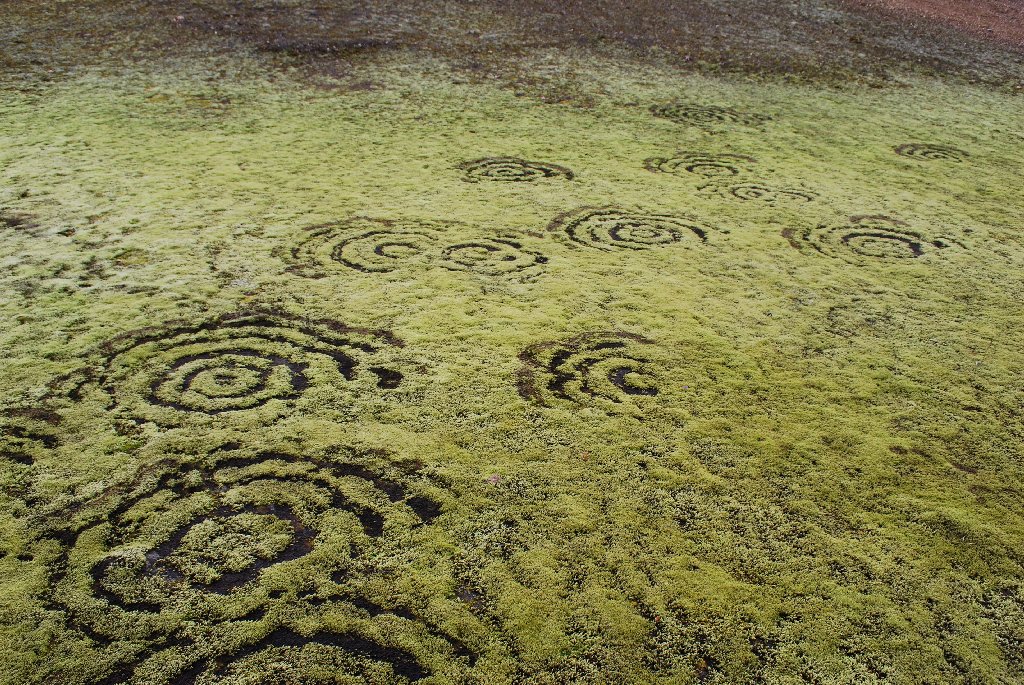