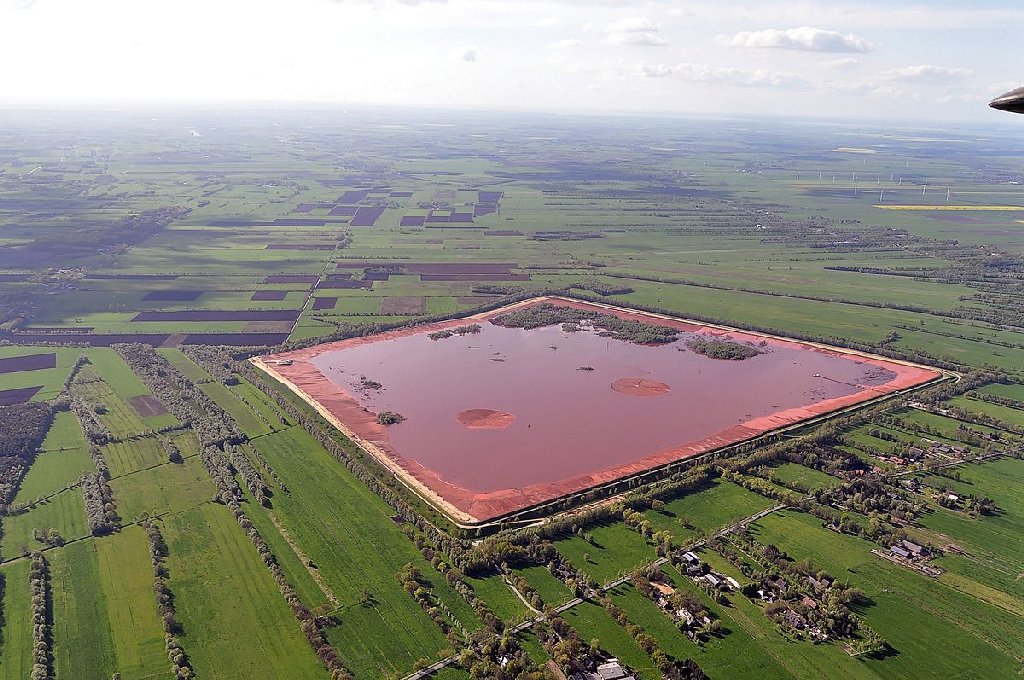 Because of its strong affinity to oxygen, Aluminium is almost never found in the elemental state; instead it is found in oxides or silicates. Feldspars, the most common group of minerals in the Earth's crust, are aluminosilicates. Thus, although aluminium is an extremely common and widespread element, it is trapped and the common aluminium minerals are not economic sources of the metal. Almost all metallic aluminium is produced from the ore bauxite (AlOx(OH)3–2x). 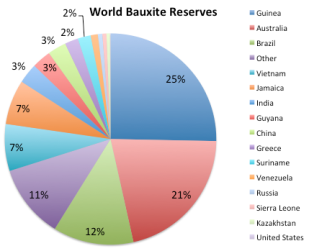 One of the problems then is that most of this ore then has to be transported from the country in which it is mined to the country in which it is being processed.  This is often the country that will consume the aluminium, but not always.  Iceland, for example, has a very large smelter plant and it has this plant because it has an abundant supply of geothermal energy, as has New Zealand.  Once processed the aluminium is then shipped. 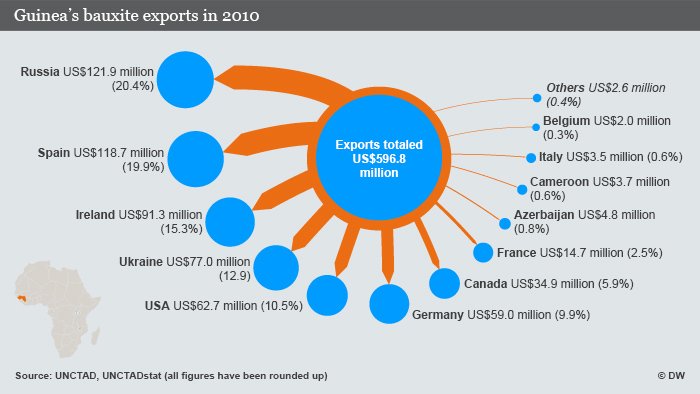 Thus in reality the energy needed to smelt aluminium is extremely high - a large number of 'sea-miles' are needed, with the added disadvantage that the countries with renewable energy sources are often extremely beautiful and relatively pollution free.

An aluminium plant is not a pretty thing and the fumes can cause considerable pollution.  Given the toxicity of Aluminium, this is not a problem to be brushed over lightly. 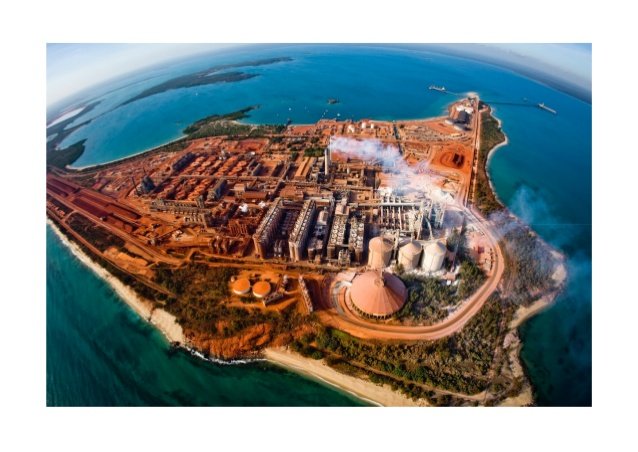 In order to produce aluminium, Bauxite is first converted to aluminium oxide (Al2O3) via the Bayer process.

The intermediate sodium aluminate, given the simplified formula NaAlO2, is soluble in strongly alkaline water, and the other components of the ore are not. Depending on the quality of the bauxite ore, twice as much waste ("red mud") as alumina is generated. 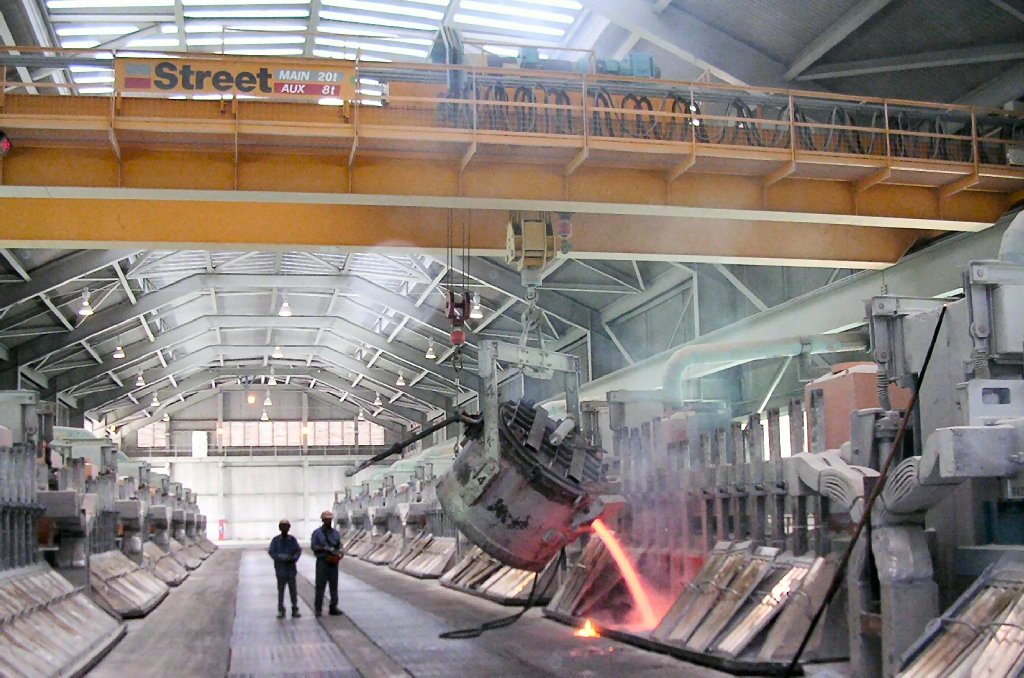 The conversion of alumina to aluminium metal is achieved by the Hall-Héroult process.

Aluminium electrolysis with the Hall-Héroult process consumes a lot of energy.

Electric power represents about 20% to 40% of the cost of producing aluminium, depending on the location of the smelter. Aluminium production consumes roughly 5% of electricity generated in the U.S.  Aluminium producers tend to locate smelters in places where electric power is both plentiful and inexpensive—such as the United Arab Emirates with its large natural gas supplies, and Iceland and Norway with energy generated from renewable sources. Nevertheless, the world's largest smelters of alumina are located in the People's Republic of China, Russia and the provinces of Quebec and British Columbia in Canada. 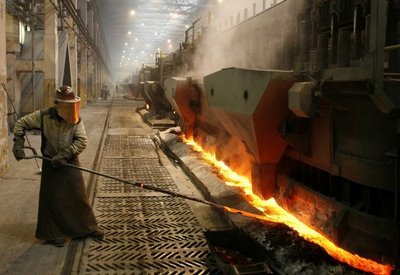 At the anode, oxygen is formed:

The aluminium metal then sinks to the bottom of the solution and is tapped off, usually cast into large blocks called aluminium billets for further processing. To some extent, the carbon anode is consumed by subsequent reaction with oxygen to form carbon dioxide.

In effect, if we summarise, the production of aluminium is highly energy dependent and is polluting, both in terms of the red sludge produced and the carbon dioxide from the process itself as well as that produced in producing the needed energy.  To this can be added the sea-miles needed to transport ore and metal, as well as the polluting effects of aluminium on the environment.

Given these figures there is every reason to encourage recycling of aluminium and in very careful selection of its use.  Beverage cans may not be the most eco-friendly way of using this metal. 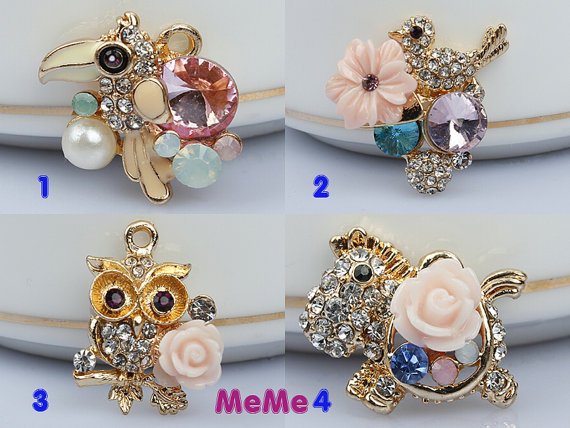 Aluminium is theoretically 100% recyclable without any loss of its natural qualities.

Recycling involves melting the scrap, a process that requires only 5% of the energy used to produce aluminium from ore, though a significant part (up to 15% of the input material) is lost as dross (ash-like oxide). An aluminium stack melter produces significantly less dross, with values reported below 1%. The dross can undergo a further process to extract aluminium. 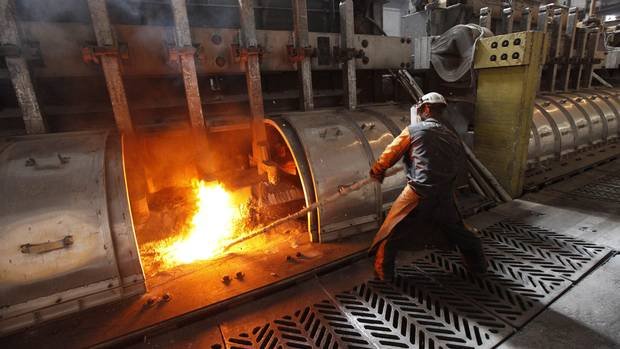 In Europe aluminium experiences high rates of recycling, ranging from 42% of beverage cans, 85% of construction materials and 95% of transport vehicles.

These problems become of paramount importance once one realises that Aluminium is the most widely used non-ferrous metal.  Global production of aluminium in 2005 was 31.9 million tonnes. It exceeded that of any other metal except iron (837.5 million tonnes). Forecast for 2012 is 42–45 million tonnes, driven by rising Chinese output.

Aluminium is remarkable for the metal's low density and for its ability to resist corrosion. About the only substances that attack aluminium in nature are chlorides such as common sodium chloride [salt].  Because salt is a well-known sources of corrosion of aluminium, household plumbing is never made from this metal and cars have to be carefully manufactured so that the salt from ‘gritting’ in winter does not set up a galvanic reaction between the steel chassis and aluminium body. 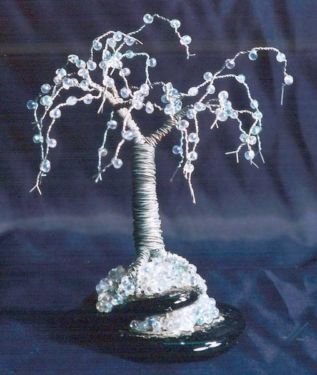 Structural components made from aluminium and its alloys are vital to the aerospace industry and are important in other areas of transportation and structural materials.  Sustainability is in some senses dependent on aluminium, as if cars do not rot, if structures do not rot and if airplanes do not rot, then they are more likely to last longer and be used longer, saving the vital energy needed for constant manufacture of new products.

Given the problems of pollution and energy consumption, some of the uses to which aluminium has been put in the past might be better re-evaluated.  The real value of the metal is in its ability to make things last longer, coupled with its low weight, thus to use it for drinks cans, tacky jewellery or ornaments, body decoration and so on [which are rarely recycled] seems unnecessary.  Some of the many uses for aluminium metal are as follows, we have put a * by those applications where longevity results: 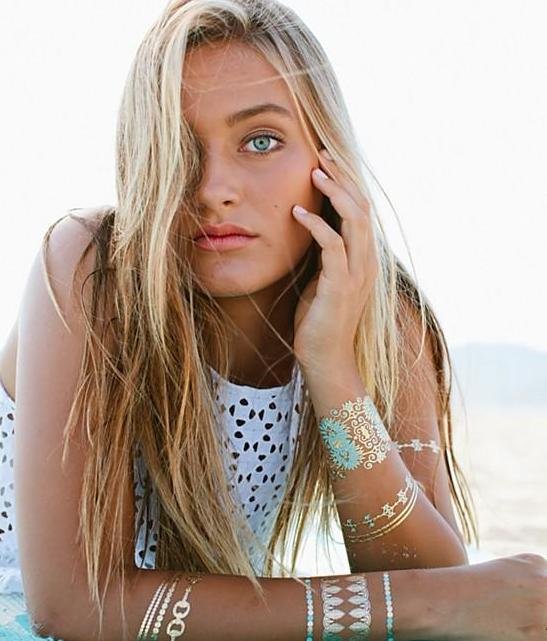 There are further uses made of aluminium which also would not seem to align with the goals of longevity.  One important structural limitation of aluminium alloys is their fatigue strength. Unlike steels, aluminium alloys have no well-defined fatigue limit, meaning that fatigue failure eventually occurs, under even very small cyclic loadings. This implies that engineers must assess these loads and design for a fixed life rather than an infinite life.  In other words, aluminium alloys are not best suited to any load bearing application.

Another problem with aluminium alloys is their low melting point, which make them more susceptible to distortions from thermally induced stress.