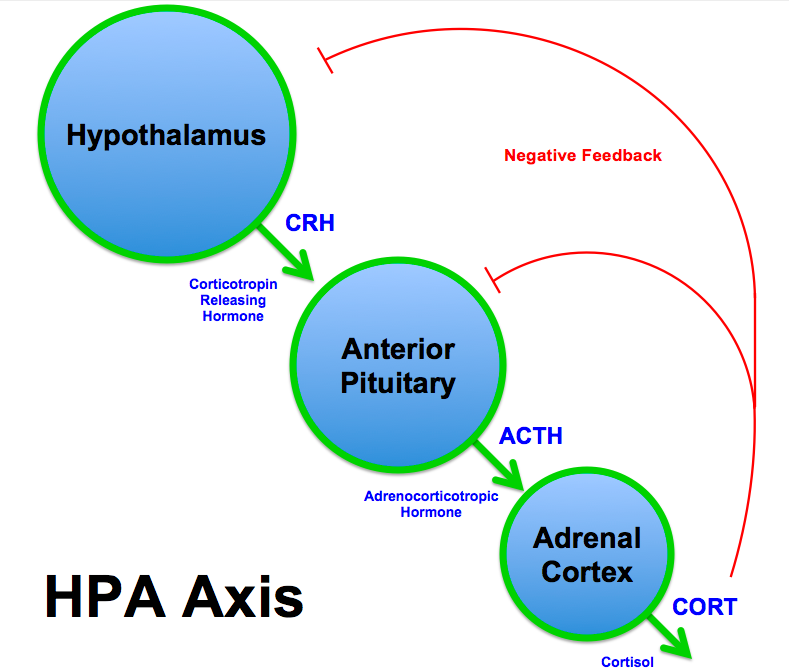 So ACTH has a lot to do with how we react to stress.  Stress, of course, isn’t bad because it helps in our ‘get up and go’ responses, but lots of stress and lots of get up and go when we have nowhere to go to, is not that good for us.  ACTH also regulates the release of cortisol by the adrenal gland and cortisol enhances metabolism – the breakdown of fat and its conversion to energy, the production of glucose to give us more energy, and by making the heart beat faster – ready to get up and go.