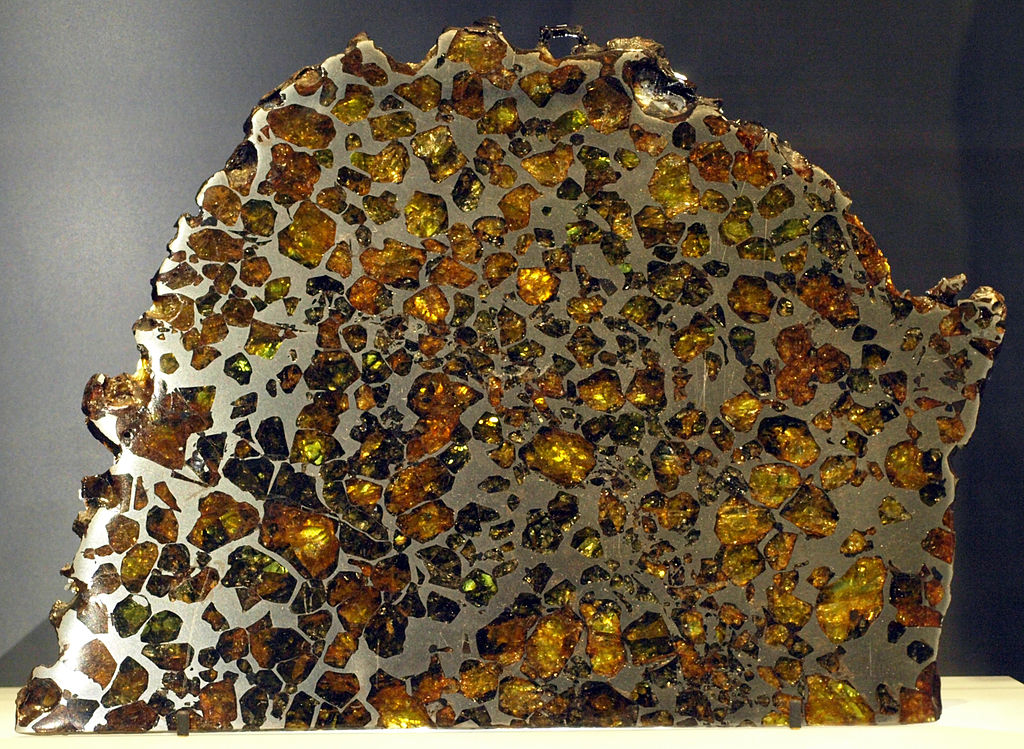 A meteorite is a solid piece of debris from an object, such as a comet, asteroid, or meteoroid, that originates in outer space and survives its passage through the atmosphere to reach the surface of a planet or moon.

Right :  A cut and polished slice of the Esquel meteorite, a stony-iron pallasite. Yellow-green olivine crystals are encased in the iron-nickel matrix.

When the object enters the atmosphere, various factors such as friction, pressure, and chemical interactions with the atmospheric gases cause it to heat up and radiate energy. It then becomes a meteor and forms a fireball, also known as a shooting star or falling star; astronomers call the brightest examples "bolides". Meteorites vary greatly in size. For geologists, a bolide is a meteorite large enough to create an impact crater.

Meteorites that are recovered after being observed as they transit the atmosphere and impact the Earth are called meteorite falls. All others are known as meteorite finds. As of August 2018, there were about 1,412 witnessed falls that have specimens in the world's collections. As of 2018, there are more than 59,200 well-documented meteorite finds. 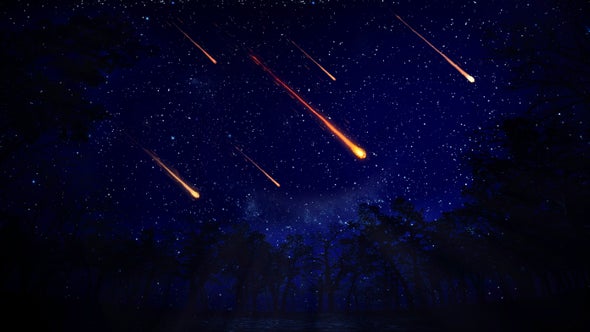 Along with comets, meteorites have in the past been confused with UFOs, of the spacecraft sort.  The crash of a meteorite was equated with the crash of a spacecraft, and since many contain metallic iron-nickel the confusion is simply magnified.

Reports like the following have provided evidence of something happening, but with no indication of what

A big star flew from east to west with a roar like thunder. Min, a Buddhist priest, said it  was star Amagitune, which is said to mean, "Fox lives in the sky." Source: Morihiro Saitho, Nihon-Tenmonshiriyou, Chapter 7, "Meteor, The messenger from space." 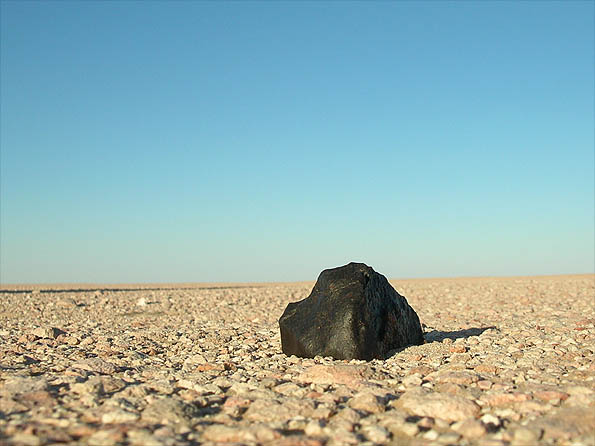 In spite of the reported sound, scientists have argued that this was a meteor. For a long time, scientists discounted reports of sounds in connection with meteors, because the speed of sound is so slow compared to light that any sound should only be audible well after the passage of the meteor.

Only recently was it realized that the perception of sound can be created inside the skull of the witness by microwaves propagating at the same speed as the light itself.

Asteroid, Meteor, Meteorite and Comet: What's the Difference?  By Sabrina Stierwalt on May 23, 2018

Adding up all of the mass in every asteroid in our entire solar system totals only less than the mass of our Moon. Despite their small physical size, however, these space rocks offer important clues as to how our solar system formed. The terms asteroid, meteor, meteorite, and even comet are often used interchangeably...but what is the difference?

Asteroids are rocky objects smaller than planets that are left over from the formation of our solar system. When the cloud of gas and dust collapsed to form our Sun, much of the remaining material went into forming the rocky terrestrial and gas giant planets orbiting our star. Smaller dust fragments that never made their way into planets are left behind as asteroids.

Comets are also composed of material left over from the formation of our solar system and formed around the same time as asteroids. However, asteroids formed toward the inner regions of our solar system where temperatures were hotter and thus only rock or metal could remain solid without melting. Comets formed at farther distances from the Sun, beyond what we call the frost or snow line and past the orbits of Mars and Jupiter, where temperatures were low enough for water to freeze.

A meteor is simply an asteroid that attempts to land on Earth but is vaporized by the Earth’s atmosphere. The resistance on the rock due to the Earth’s atmosphere causes its temperature to rise. We sometimes see the glowing hot air created by these burning meteors and dub them “shooting stars.” Meteor showers occur when the Earth passes by many meteors at once. For example, if chunks of a comet melt off as it passes close to the Sun, this debris can be left behind to later dazzle us Earthlings with a meteor shower.

The discovery that meteorites were rocks from space was made by the German physicist, Ernst Florens Chladni.  The booklet he published in 1794 was called "On the Origin of the Iron Masses Found by Pallas and Others Similar to it, and on Some Associated Natural Phenomena".  In this he compiled all available data on several meteorite finds and concluded that they must have their origins in outer space.

The scientific community of the time responded with resistance and mockery. It took nearly ten years before a general acceptance of the origin of meteorites was achieved through the work of the French scientist Jean-Baptiste Biot and the British chemist, Edward Howard. Biot's study, initiated by the French Academy of Sciences, was compelled by a fall of thousands of meteorites on 26 April 1803 from the skies of L'Aigle, France.

Thus it was many many years before the UFOs were identified , leading to great numbers of detailed accounts of their occurrence, but many interpretations of what they were.  Most attracted the same fear that comets did as omens of disaster.