The headline is very Daily Mail, but the information is interesting. 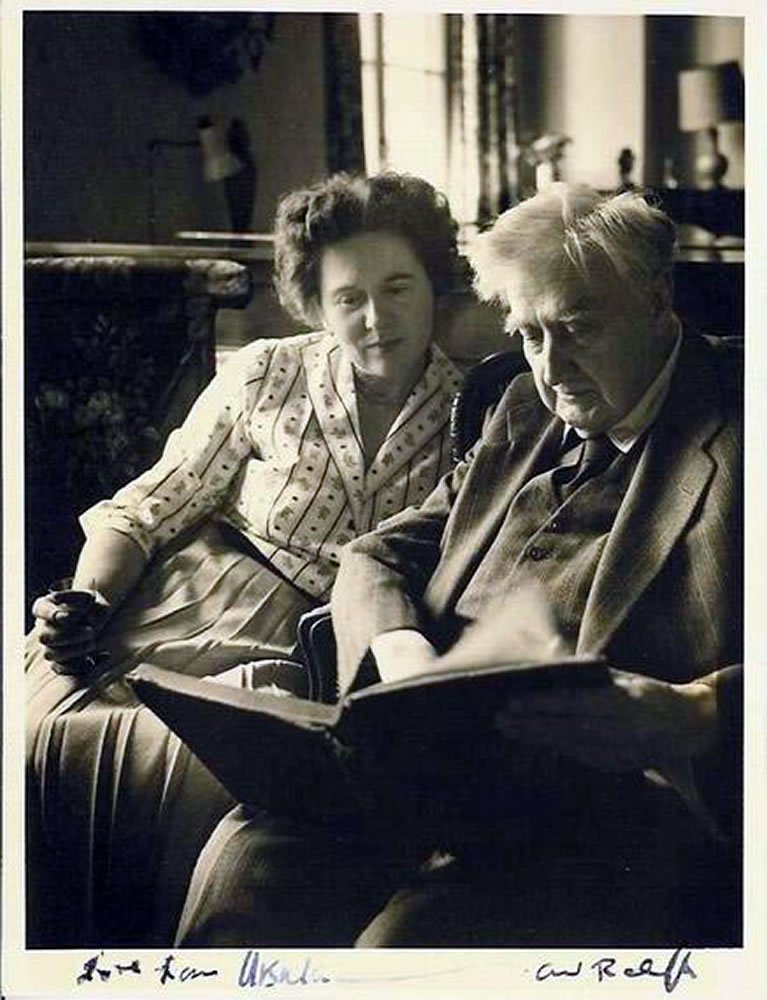 Sonata for three: How composer Vaughan Williams shared his bedroom with a mistress 40 years his junior... and his wife - By John Bridcut [Daily Mail]

Ursula Wood was a glamorous young poet whose close friendship with the great composer - almost four decades her senior - had by now become a full-blown affair………. the intriguing details of Vaughan Williams's colourful private life were kept hidden for decades. Only now, 50 years after his death, can the story of his long, passionate love affair be told, thanks to a remarkable confession from the woman with whom he shared the final chapter of his life. And in so doing, it brings a new perspective to the glorious music which continues to inspire such affection. …..there is far more to [his works] than the gentle pastoralism of chirruping larks or the homely lyricism of his Fantasia On Greensleeves. Much of the music is romantic, with turbulent undercurrents - sometimes angry, sometimes erotic, but always passionate. And it was this same anger and passion, I believe, that lay behind the extraordinary menage a trois that he conducted for 13 years…………….Vaughan Williams was, by all accounts, a red-blooded male. He was jokingly called Uncle Ralph by the dozens of female singers who lined up to give him admiring kisses after choral concerts which he had conducted. There are stories of him lumbering up the stairs to the top floor of the Royal College of Music, where a beautiful young music student was practising the violin, just to snatch a glance at her through the window. On one occasion, the beautiful 1920s pianist Harriet Cohen asked him to write her a piano concerto. He agreed to the commission -  in return for 10,000 kisses. She accepted the deal and paid off her 'debt' over a series of meetings.

Such flirtations were always half in jest. For as a handsome but unknown 24-year-old, Vaughan Williams had married a cousin of Virginia Woolf, the coolly elegant Adeline Fisher. Theirs was not a passionate marriage. There were to be no children, and from the start, he had been frustrated by his wife's obsessive devotion to her extensive family. Adeline had been deeply affected when her brother was killed in World War I, and wore mourning black for the rest of her life.  She also developed rheumatoid arthritis which left her increasingly immobile, meaning that the couple were obliged to move out of London to a bungalow in Dorking.  For Vaughan Williams, who had relished life in the capital, it was a frustrating period, reflected in his violently discordant 4th Symphony.

Then, just as he was resigning himself to old age, into his life stepped the flattering and youthful presence of Ursula Wood. As a young drama student at the Old Vic in London, Ursula had been captivated by Vaughan Williams's music after seeing his ballet Job. She wrote to him persistently, and eventually persuaded the brilliant composer to take her out to lunch. ………