The Karelia Suite - 1893 -  (originally titled Karelia Music), Op. 11, is a collection of orchestral pieces composed by the Finnish composer Jean Sibelius.  The suite is one of Sibelius's earlier works and remains one of his most popular.  Sibelius held the Karelia province in particular affection. In earlier years he had found stimulus in its folk music.

The suite is scored for 3 flutes (3rd doubling piccolo), 3 oboes (3rd doubling english horn), 2 clarinets, 2 bassoons, 5 horns in F and E, 3 trumpets in F and E, 3 trombones, tuba, timpani, bass drum, cymbals, triangle, tambourine, strings. Ralph Wood has commented on the role of the percussion in this composition.  The movements in this suite are all borrowed from the Karelia Music tableau music he was commissioned to write in 1893 for the Viipuri Student's Association for a "lottery to promote the education of the people of Vyborg Province" in University of Helsinki in Viipuri, Karelia. The tableau music was premiered 13 November 1893 with Sibelius conducting. However, because of the first performances of the suite, Sibelius was extremely dissatisfied with the reception from the audience. As Sibelius noted later, 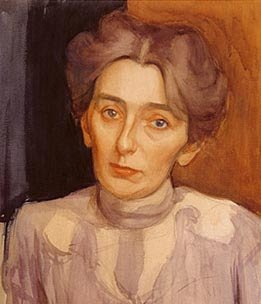 You couldn't hear a single note of the music — everyone was on their feet cheering and clapping.  —Jean Sibelius, A Letter To His Brother Christian

The poet Ernst Lampén agreed with Sibelius, as he noted,

The noise in the hall was like an ocean in a storm. I was at the opposite end of the hall and could not distinguish a single note. The audience did not have the patience to listen and was hardly aware of the music. The orchestra was actually there, behind the pillars. I thrust my way through the crowd and managed to reach the orchestra after a good deal of effort. There were a few listeners. Just a handful.  —Ernst Lampén,

Because of the somewhat embarrassing reception, Sibelius subsequently compiled a "Concert Suite" of three pieces from the pageant's incidental music (an overture was published separately as Op. 10).

The suite is in three movements: 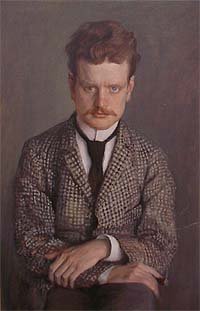 Two composers have reconstructed the complete music to Karelia. Kalevi Aho's completion was released in 1997 in a recording with the Lahti Symphony Orchestra conducted by Osmo Vänskä.[6] Jouni Kaipainen's completion was recorded for a 1998 release with the Tampere Philharmonic Orchestra conducted by Tuomas Ollila. The complete music consists of an Overture and ten pieces, and runs about 44 minutes, as opposed to the suite, which lasts about twelve minutes.

The original movements are as follows: