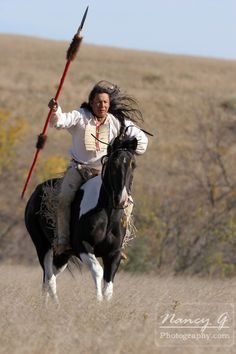 There is a belief amongst those of a more gnostic bent, that the centaurs were a real people whose horsemanship was such that they were depicted as being as one with their horse.  In other words, their riding skills were so impressive that they appeared almost fused to the horse they rode.

There is no consensus as to either where these people lived or when – except that all legends point to a people that were truly ancient – the ancestors from which great truths were learnt.  I quote

“The centaurs are believed to be a real tribe of people who originally inhabited Arcadia, now known as the island of Crete and also the mountains and forests of Magnesia which is now part of the region of Thessaly, Greece. In the Bible they are known as the Nephilim, Anakim race, the Sons of God, and the Israelites who are also connected to both the Tribes of Judah and Benjamin.  Thus, even though the half horse and half man Centaur was known as a mythological creature, they were in fact a symbolic representation of a real people and a real tribe who had originally come to the West from places such as the islands of Crete, Dia, and also from Thessaly, and Athens, Greece. We can also say that this tribe was originally of Phoenician (Cretan) and of Semitic descent.  In the etymology of the word Centaur (or Kentaur), we find the two words Cen (Ken) and Taur. I have found the meaning in the name Cen or Ken, to represent fire or a torch. In Anglo Saxon, it is spelled Kenaz ("torch"), and the name Cinaed is partly derived from the Celtic aidhu, meaning ‘fire’". 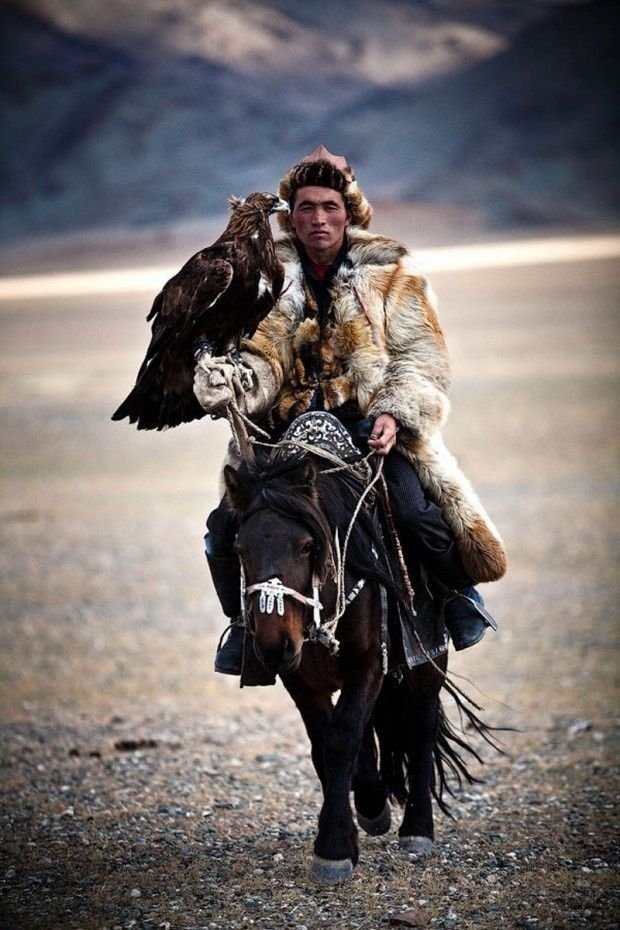 So the enlightened peoples.

Now let us turn to the archaeological records for Homo heidelbergensis.

Homo heidelbergensis – also Homo rhodesiensis – is a [theoretically] extinct species of the genus Homo that lived in Africa, Europe and western Asia between roughly 600,000 and 200,000 years ago. The skulls of this species "share features with the anatomically modern Homo sapiens; its brain was as large as that of Homo sapiens". Although the first discovery - a mandible - was made in 1907 near Heidelberg in Germany where it was described and named by Otto Schoetensack, "the great majority of fossils attributed to Homo heidelbergensis have [only] been obtained recently, beginning in 1997."

The Sima de los Huesos cave at Atapuerca in northern Spain holds particularly rich layers of deposits that "represent an exceptional reserve of data" where excavations are still in progress.

Or maybe they still walk amongst us, as enlightened and at one with their horses as they ever were. 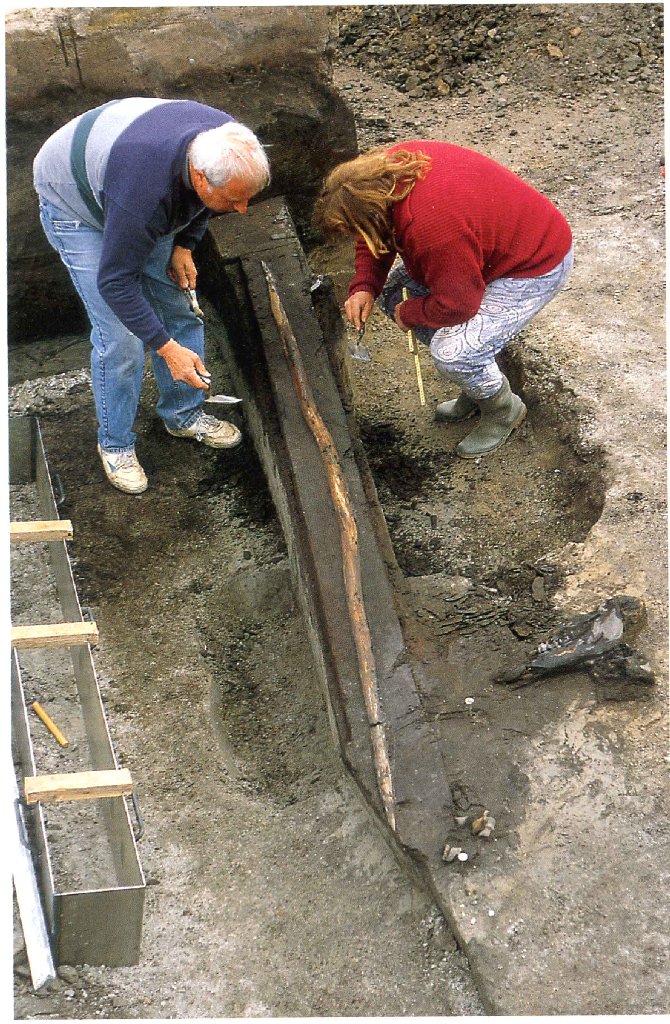 A remarkable archaeological discovery was made in 1995: three 400,000-year-old wooden spears. These were excavated by Hartmut Thieme at anarchaeological site exposed by open-cast coal mining at Schoningen in southern Germany. Several notched pieces of wood were also found which, together with the spears, represent the oldest wooden hunting weapons ever discovered. Each spear had been made from the trunk of a thirty-year-old spruce tree. They had been carefully shaped from the tree trunks and look like modern javelins, with their tips carved from the particularly hard wood found at the base of the trunk.

The Schoningen finds demonstrated that pre-modern humans were manufacturing wooden artefacts by at least 400,000 years ago. Few archaeologists had ever doubted that this was the case because wear traces found on stone artefacts had indicated woodworking. 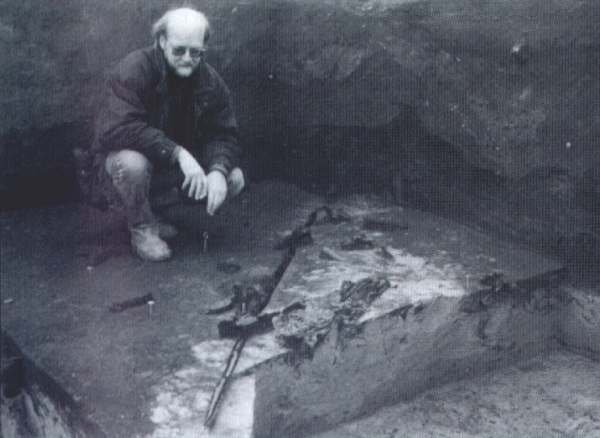 Many archaeologists, however, had doubted that pre-modern humans were big-game hunters; but the Schoningen spears proved them wrong. They were found at a likely habitation site, one where fire had been used and where there were more than ten thousand well-preserved bones from horse and other large mammals. Many of the bones had cut marks from stone tools and fracture patterns indicative of butchery. To argue that the javelin-like spears had not been thrown to kill deer, and perhaps even elephant and rhinoceros, would be perverse.

Although the Schoningen discoveries ended the debate about big-game hunting, they inflamed another - about the cognitive and communicative abilities of pre-modern humans. Robin Dennell, professor of archaeology at Sheffield University, argued that the Schoningen spears indicate 'considerable depth of planning, sophistication of design, and patience in carving the wood, all of which have been attributed only to modern humans’.

He also described himself as 'speechless' when learning of their discovery. 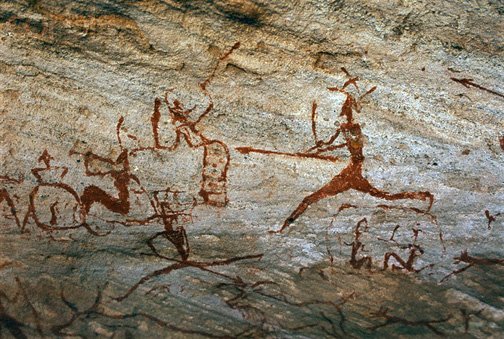 If you live happily in a yurt, on the move and with your family and friends around you, what need have you for 'artefacts' other than a spear and a hunting eagle.

It might be handy if the archaeologists perhaps looked around them for a change and observed real people as opposed to bones.