In 1897 Segantini was commissioned by a group of local hotels to build a huge panorama of the Engadin valley to be shown in a specially built round hall at the 1900 Exposition Universelle in Paris.

For this project he worked almost exclusively outdoors on large canvases covered by substantial wooden shelters. Before it was completed, however, the project had to be scaled down for financial reasons. Segantini redesigned the concept into a large triptych known as Life, Nature and Death (Segantini Museum, St. Moritz), which is now his most famous work.

He continued to work on it until his death. 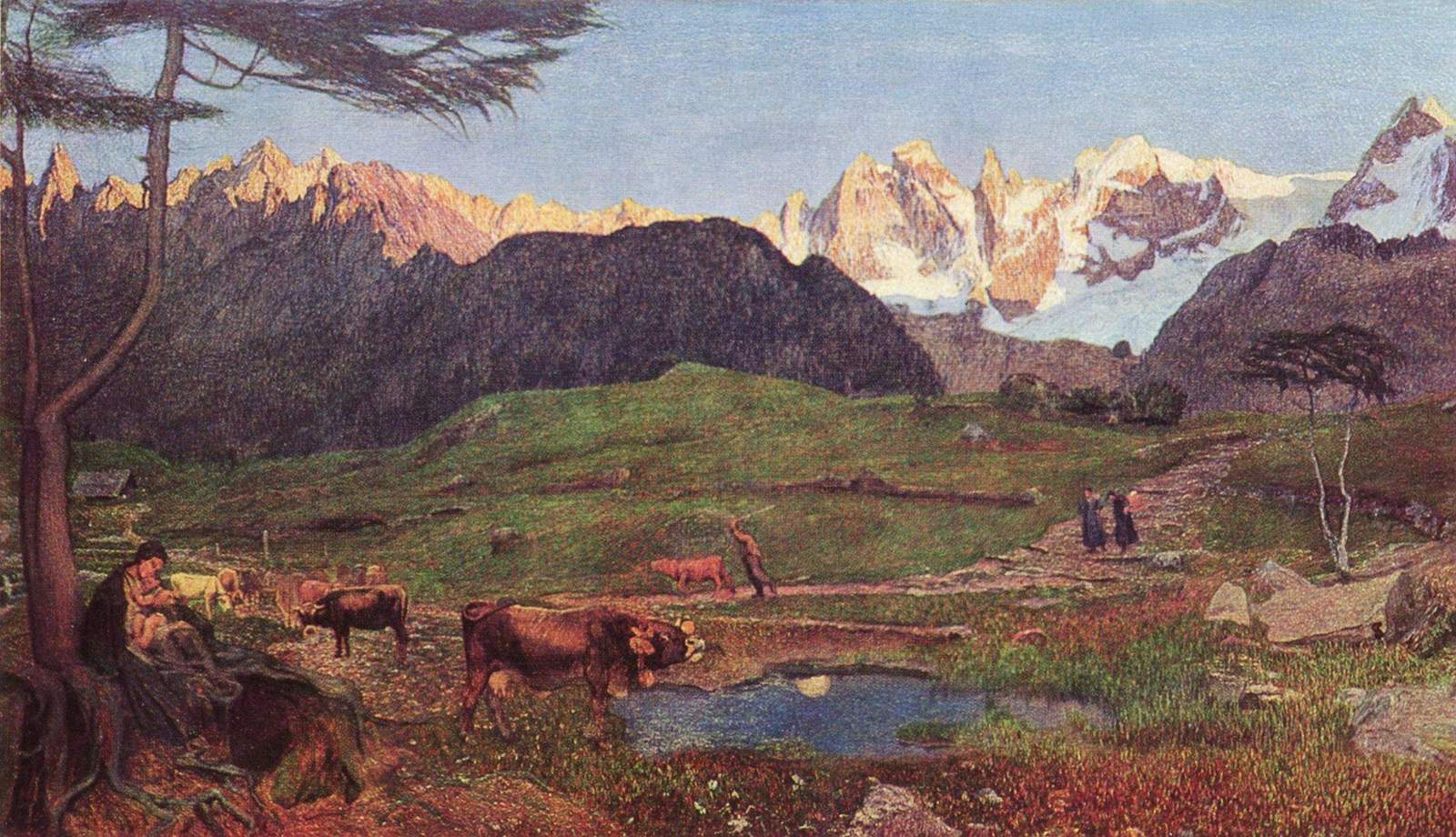