Seeress of Prevorst, the - The Sun and Life Circles 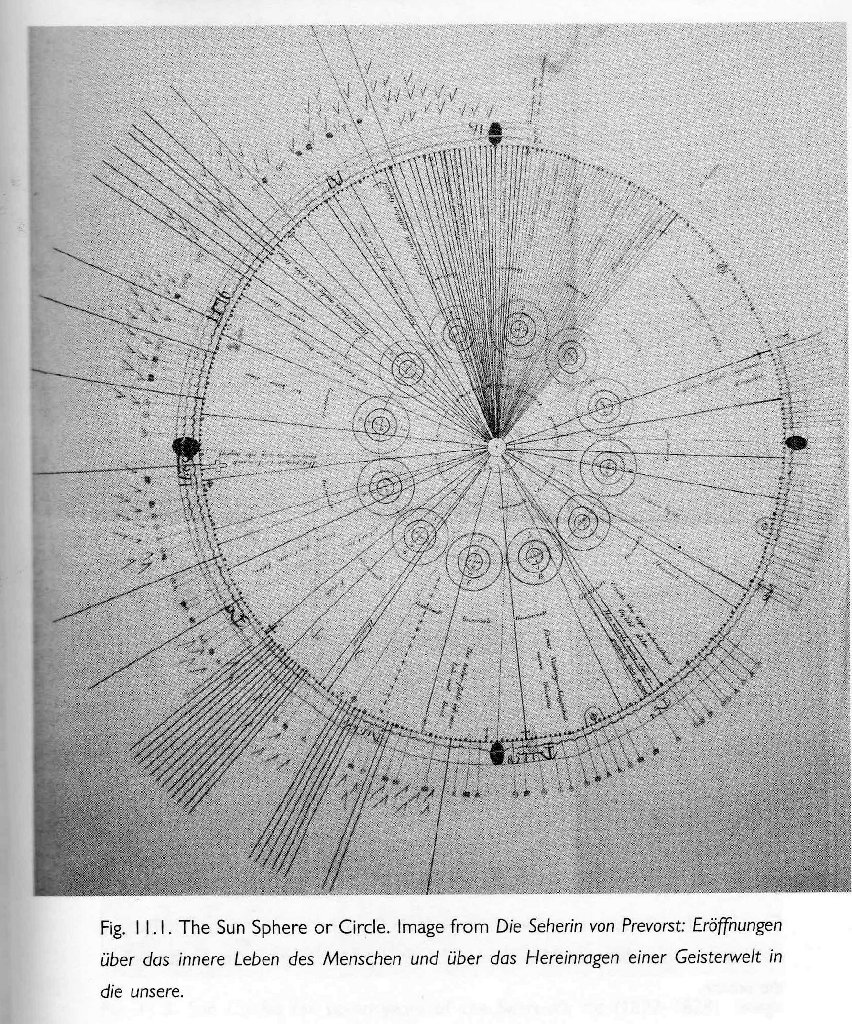 … the Seeress constructed diagrams that she called inner circles. She had drawn eight of them. Seven are called Sun Circles and one is called the Life Circle. She also referred to them as the Sun and Life Spheres, since they were actually three-dimensional spheres that she drew in two-dimensional projections on paper. She said they were the "prophecy of her future" and the "day-book of her past."

She labeled these circles with script from her inner language and numbers. The Sun Circles which are the outer circles in this series, are the "sphere of the spirit” and the Life Circle, which is the interior one, is the "sphere of the soul, or mental-life."

I must point out that these Sun Circles were not just a theoretic construct for her but were real objects that she said encircled her and were fastened to her left side. She said that the orbits of these circles seemed to come out from the pit of her stomach, Pass over the chest and pass around close by the left side. You can picture this as a sphere of about ten inches in diameter placed in the left-front side of the body and including within it the heart and part of the stomach.

She said they lay heavy upon her and on the nerves, and were composed of what she called nerve-spirit. She could actually see and feel these circles. These circles, she said, were always in motion, and every seven years the seven Sun circles fell away and seven more appeared.

The most remarkable thing connected with these circles is that every day the balance of a person’s good and evil was summed up and expressed in a number on these circles. This balance was then carried forth into the next day, so at the end of every day, this number expresses the exact balance-for or against the individual-of all his or her thoughts, words, and deeds. As discussed in the previous chapter, we thus have, at the end of our life, a number expressing the exact moral account of all of our thoughts and actions from that life. In our souls, this self-registering principle is always going on, the operation of which is independent of our control.

She stated that all events in our world have a number or numerical value associated with them, and she was always calculating events in her life and the current value of this number for her. Some events were "advances" and some were "losses," and this was reflected in the sum of this number.

The manner in which the Seeress drew these diagrams under spirit influence deserves special attention. Kerner says that she would throw off a whole drawing "in an incredibly short time, and employed in marking the more than a hundred points, into which this circle was divided, no compasses or instrument whatever. She made the whole with her hand alone, and failed not in a single point. She seemed to work as a spider works its geometric diagrams, without any visible instrument. I recommended her to use a pair of compasses to strike the circles; she tried, and made immediate blunders."……………..

She said that every person carries on him or her these Sun and Life Spheres, which on paper look like circular calendars. The Life Circle, the inner sphere, is, in a sense, a mirror to the Sun Circles.

"The soul is a mirror of the universe" is a well-known axiom among mystics. She explained that when her soul entered and occupied the centre of her Sun Circle, she had the ability to see the past and the future and the infinite. She could also see the world in all the laws, relations, and properties that had been implanted in it through time and space.

She saw all this clearly without any veil interposing. Apparently she would lose these abilities as she moved out from the centre of this circle.

She said, "But in proportion as the soul is drawn from the centre by the attractions of the outer world it advances into darkness and loses this all-embracing vision and knowledge of nature and its properties."

Aura
Egg
Map of the Egg 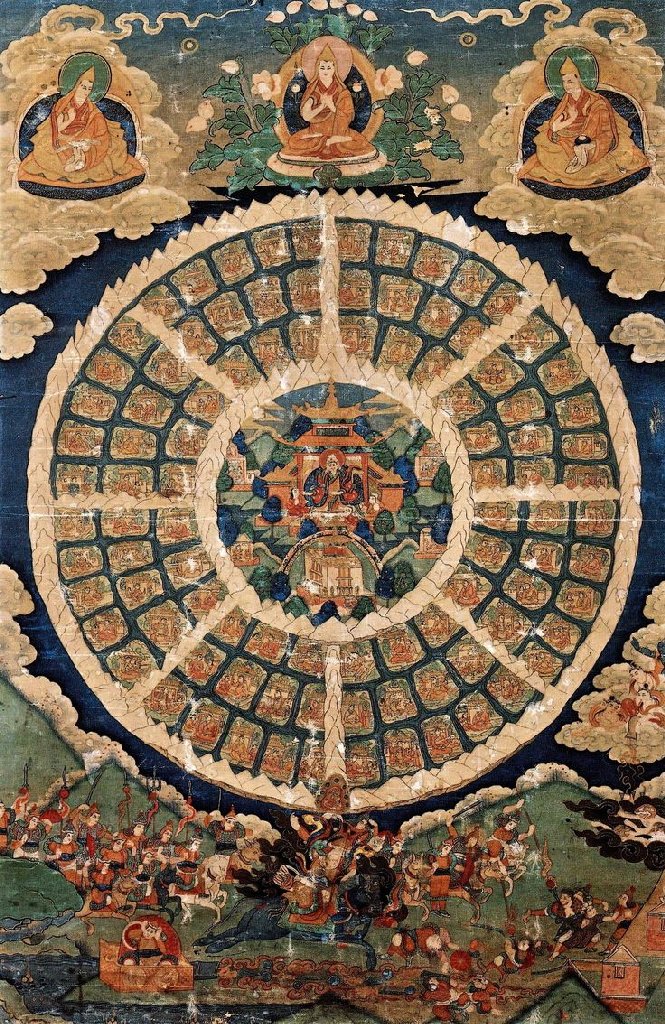