Rita Moreno - And her LSD experience with Dr Oscar Janiger 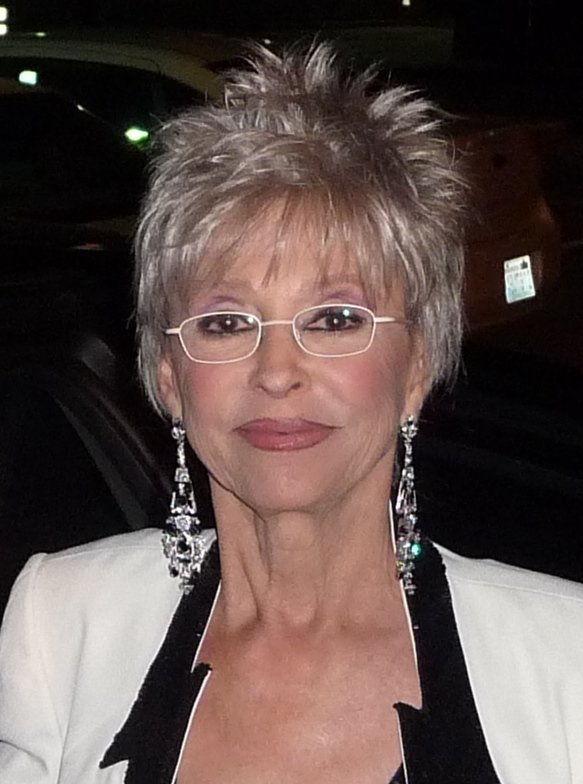 Rita Dolores Moreno (born Rosa Dolores Alverío; December 11, 1931) is a Puerto Rican-American actress, dancer and singer. Her career has spanned over 70 years; among her notable acting work are supporting roles in the musical films The King and I and West Side Story, as well as a 1971–77 stint on the children's television series The Electric Company, and a supporting role on the 1997-2003 TV drama Oz.

Moreno is one of twelve performers to have won all four major annual American entertainment awards: an Oscar, an Emmy, a Grammy and a Tony. She is also one of 23 people who have achieved the so-called Triple Crown of Acting, with individual competitive Academy, Emmy and Tony awards for acting; she and Helen Hayes are the only two who have achieved both distinctions. She has won numerous other awards, including various lifetime achievement awards and the Presidential Medal of Freedom, America's highest civilian honor.

Moreno had an eight-year-long affair with actor Marlon Brando. In an interview with Good Day LA, Moreno stated that Elvis Presley was not a good lover. They dated for quite some time, but whenever the opportunity presented itself to take the relationship to another level, Presley backed off. Moreno would later confirm that she only dated Presley to make Brando jealous.  Moreno has also had relationships with actors Anthony Quinn and Dennis Hopper, and theater critic Kenneth Tynan.

On June 18, 1965, Moreno married Leonard Gordon, a cardiologist who was also her manager. He died on June 30, 2010. They have one daughter, Fernanda Luisa Fisher, and two grandsons, Justin and Cameron Fisher.

I began to experience very strong feelings of sensuality in and around my belly and the inside of my thighs. Needless to say, the feelings were extremely pleasurable, but unlike the usual sexual excitement, I didn’t feel the need for gratification . . . During this period, I decided that, since I was feeling so sensual, I should fabricate sexual fantasies to synchronize with my feelings but was not very successful. I tried to imagine "M" making love to me but that seemed to put a damper on things, so, as a last resort, I tried to imagine Doctor K. kissing my vagina and making love to it. He looked about one foot tall and his body appeared to be in the form of a square with round corners! . . . As he went to kiss me, his tongue started to grow until it seemed to be eight feet long. I tried to stop this unpleasant image but couldn’t do so.