Benjamin, Walter - On Hashish - Out of the cracks grow great tufts of hair

This is funny.  The test subject might even be Walter himself.

Notice the use of the spindle, hair, the blood as a colour, the use of wood.  One gets the impression of a somewhat pedantic, obsessively organised and somewhat stubborn man greatly influenced by his ancestral roots.  The hair as a spiritual means of access is only a ‘tuft’. 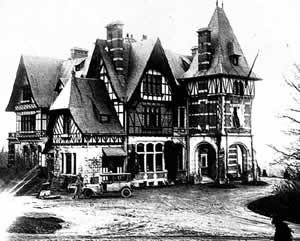 The image of the Forster house is vividly present to the test subject.  In the course of his account, it appears now as a school, now as hell, now as a bordello.  The test subject is a hardened, obdurate post in the wooden banister of the Forster House.  What he has in mind is a sort of wood carving in which, among other ornamental figures, animal forms appear; these, he explains, are in effect, degenerate scions of the totem pole.  The Forster House has something of those red brick structures that appeared resplendent on sheets of cutout patterns in an especially dark, bloody red.  It has also something of the building block structures one made as a child.  From the cracks between the building stones grow tufts of hair.