Typhus is one of several similar diseases caused by Rickettsia bacteria and carried by lice. 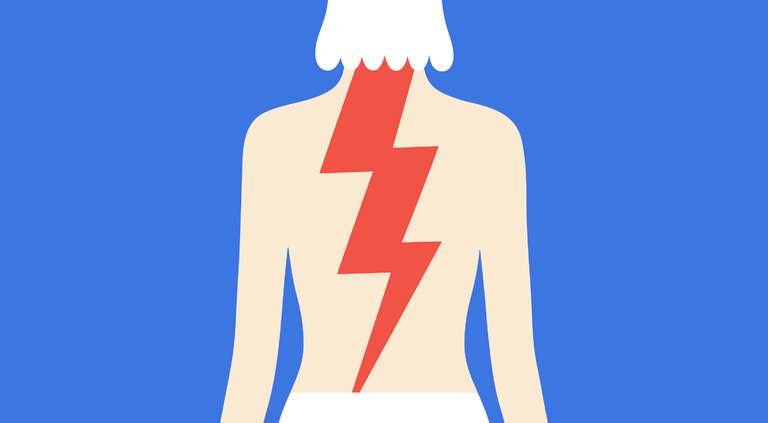 The wintry late-day sun flooded through the windows at South County Hospital in Wakefield, R.I., as the middle-aged man and his wife entered the room. The man’s mother, a tiny 93-year-old woman, sat slumped amid a chaos of bedcovers. They had come from St. Louis after the youngest of the man’s siblings called to let him know that their mother was deathly ill. Seeing her now, a pale, silent version of her energetic self, he feared he would have to wear the suit he’d brought after all.

She’d been in this hospital for almost a week, though the symptoms started a week before that, when, on a Saturday morning, she felt a little tired. By midday she felt cold and fluish. Her body ached all over — especially her back. And she had a fever. A neighbor took her to the E.R. For reasons she can’t remember, they ended up at a hospital a couple of towns over. There, blood was drawn and a CT scan was done to look for the cause of her symptoms. Nothing was found, so she was sent home with a medication for her painful back.

On Tuesday, she went to her primary-care doctor. He looked her over and reviewed the E.R. records. He wasn’t sure what more he could do. Another son, who lived nearby, and his wife started sleeping at his mother’s house. They were worried about her. That this fiercely independent woman who lived alone, who still cut her own wood for the stove and drove everywhere, felt sick enough to go to the E.R. indicated to them that despite what all the doctors might say, she was seriously ill.

When she didn’t get better after a few days, they carried her to the car and went to South County, the hospital they knew best.

The doctors at South County weren’t sure what was going on, either. The patient felt sick: She was tired, her back was killing her and she felt weak all over. She looked sick too: pale and frail. On exam, her temperature was up and her blood pressure was down. She had a faint rash on much of her body, and she was confused. But her white-blood-cell count — an indicator of infection — wasn’t elevated, and the doctors couldn’t see any obvious source of infection. Blood tests showed no signs of the most common tick-borne diseases. A chest X-ray was normal. An ultrasound of her abdomen was, too. Blood was also analyzed to see if any bacteria would grow, and she was admitted to the hospital team, under the care of Caroline Jenckes, an experienced nurse practitioner.

Jenckes spent the next few days looking for an infection she was certain was there. She ordered an M.R.I. of the spine in search of an abscess, but found nothing. The patient’s gallbladder was carefully evaluated; inflammation can trigger a fever and pain that travels to the back. A couple of days in, a CT scan of the patient’s chest suggested the possibility of pneumonia. Dr. Fred Silverblatt, the infectious-disease doctor Jenckes consulted, didn’t think the subtle findings could be the cause of her symptoms. And the patient’s fever was already coming down. Still, he agreed to start her on broad-spectrum antibiotics.

Finally the medical team saw what seemed significant evidence that the patient was getting better. Her fever came down, and her blood pressure returned to normal. Her back pain was subsiding.

From the son’s perspective, his mother was not really recovering. He and his wife had been taking turns staying with her, day and night, and she was nothing like her old self; she still seemed quite sick. Despite the antibiotics, she remained tired, weak and practically speechless. The son called his sister in Maryland and older brother in Missouri to tell them that this might be the end, and the siblings hurried to their hometown.

The frail woman didn’t open her eyes when her older son entered the room. He leaned close to give her a kiss and straighten her up in the bed. Did she have flying-squirrel fever, he asked lightly, referring to their effort the autumn before to rid her attic of the pesky rodents. Back then she told him how cute the big-eared babies were, creatures taken out of the attic by the exterminator on their way to relocation. He thought she smiled a bit at his joke, just a whisper of her usual good humor. But as he made the joke, he suddenly had a thought: Could those squirrels have anything to do with this strange illness that no one could figure out?

It was an odd thought but the kind of connection that inspired the son, so he found a computer in the hospital and searched online a bit. The first pages carried mostly ads for services to get rid of the pests. But then he found something: a short article from the Centers for Disease Control and Prevention linking flying squirrels with something called epidemic typhus. Further reading revealed that the symptoms of typhus — fever, body aches, rash and confusion — resembled those his mother had. But typhus was a rare infection. There had been fewer than 100 cases in the United States reported to the C.D.C. over the past 40 years.

Still, the son printed out the article and went in search of Caroline Jenckes. He explained that his mother’s house had been infested with these animals. Jenckes was intrigued with the idea. Certainly all the studies they’d done to find the source of the woman’s symptoms had been unrevealing. She took the article to Silverblatt. It seemed to him a perfect fit: the symptoms, the exposure, the minimal response to the antibiotics. He read up a little more on the infection before starting the patient on the appropriate antibiotic — doxycycline — and sending her blood to the C.D.C. for confirmation.

From the Dark Ages

Epidemic typhus is an old disease. Since the Middle Ages, periodic epidemics of this infection killed millions of people. Just after World War I, an outbreak in Russia killed three million. The infection is often transmitted through contact with a body louse. Modern sanitation has significantly reduced the incidence of both infection and carrier. In the United States, most cases of typhus have come from exposure to flying squirrels. It’s not clear how the bacteria get from the rodents who harbor the bug to the humans they infect, but the louse once again plays a role. Squirrel lice do not tend to bite humans, so it is thought that exposure occurs when bacteria in lice excrement are inhaled.

After 24 hours on the new antibiotic, the woman was transferred to a rehabilitation facility. Within days she began to act more like herself. She was irritated that she had been placed on the floor designated for the sick and dying. She was certain, she explained to anyone who would listen, that this was not where she belonged. She says she didn’t really start to get better until she moved to the floor for healthier patients.

After a few weeks she was well enough to go home. It took almost that long for the test results to come back confirming typhus. While she recovered, her children arranged for an exterminator to get rid of any squirrels that might have returned and to seal up any possible ports of re-entry.

Families are an essential source of information about patients and the world they live in. They don’t usually make the diagnosis, but they can provide answers to questions doctors hadn’t considered asking. In this case, the knowledge of this woman’s exposure and its associated infection may have saved her life. Untreated epidemic typhus can kill up to 30 percent of patients, and the very old are at the greatest risk.

All this happened three years ago. If you ask this woman now how she’s doing, she’ll immediately inform you that she’s just great — because the more she’s on her own, the better she feels.

Lisa Sanders, M.D., is a contributing writer for the magazine and the author of “Every Patient Tells a Story: Medical Mysteries and the Art of Diagnosis.”