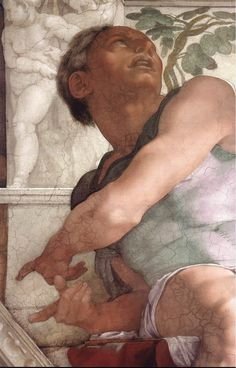 Jonah is a symbol of rebirth.  Being shut in a cave for several days was a way in which some of the older mystic movements provoked rebirth experiences.  The barrows at stonehenge were used for this purpose.

Jonah is thus of both symbolic and prophetic significance. Through his reluctance to obey God, he was swallowed by a "mighty fish".[whale] He spent three days in its belly and was eventually spewed up on dry land.

Jonah was thus seen as presaging Jesus, who having died by crucifixion, spent part of three days in a tomb and was raised on the third day, and a symbol of resurrection.

On the ceiling of the Sistine Chapel, Jonah, is shown with the "great fish" beside him and his eyes turned towards God the Creator. 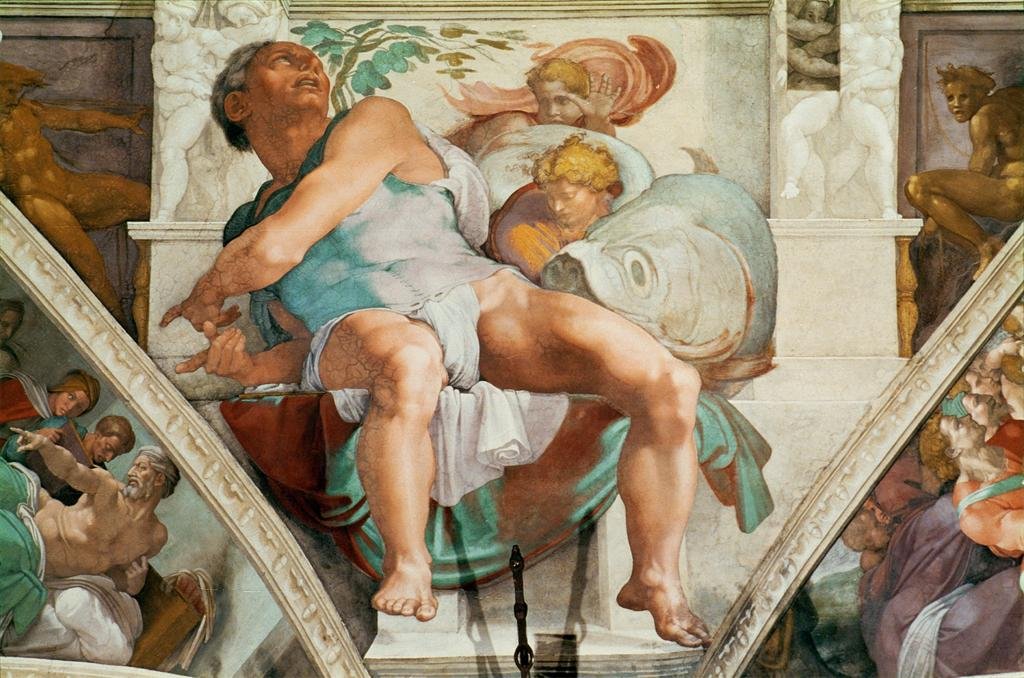