Mayan - Popol Vuh - 06 The Creation of the First humans 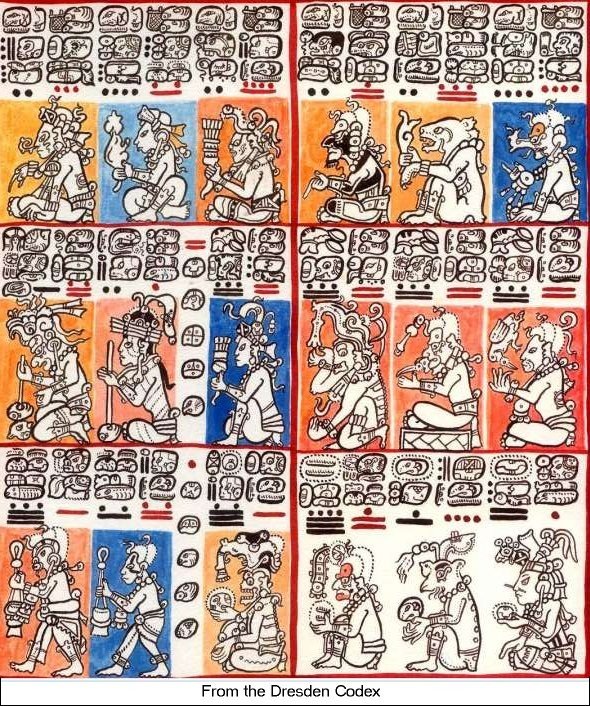 This part of the myth is after humans have been created and been 'tested'.  During the tests, this version of humans is seen to have perfect perception as well as considerable power to 'see'.  At this point, the creator spirits get cold feet and realise they may have created something that is a rival to their own powers and something which cannot be controlled or may bbe difficult to control.  So they limit the abilities of the humans by taking the result of perception and adding functions which manipulate perceptions so that what we end up perceiving is only a shadow of what actually exists.  It is no longer reality.

“What should we do with them now?  …………Aren't they merely 'works' and 'designs' in their very names? Yet they'll become as great as gods, unless they procreate, proliferate at the sowing, the dawning, unless they increase."

"Let it be this way: now we'll take them apart just a little, that's what we need. What we've found out isn't good. Their deeds would become equal to ours, just because their knowledge reaches so far. They see everything," so said

as they are called. And when they changed the nature of their works, their designs, it was enough that the eyes be marred by the Heart of Sky.

They were blinded as the face of a mirror is breathed upon. Their vision flickered. Now it was only from close up that they could see what was there with any clarity.

And such was the loss of the means of understanding, along with the means of knowing everything, by the four humans. The root was implanted.

And such was the making, modeling of our first grandfather, our father, by the Heart of Sky, Heart of Earth.