One of the reasons for including this map is its reference to ‘dragons’.  Giovanni Leardo's map has, in southernmost Africa, "Dixerto dexabitado p. chaldo e p. serpent”.

Few of the other maps I have included show tunnels or dragons etc, but this map does.  Thus the other maps confined themselves to soul cones, rivers and paths as well as the ocean, whereeas this also in effect  shows portals.  There are other maps that show portals, for example ………… 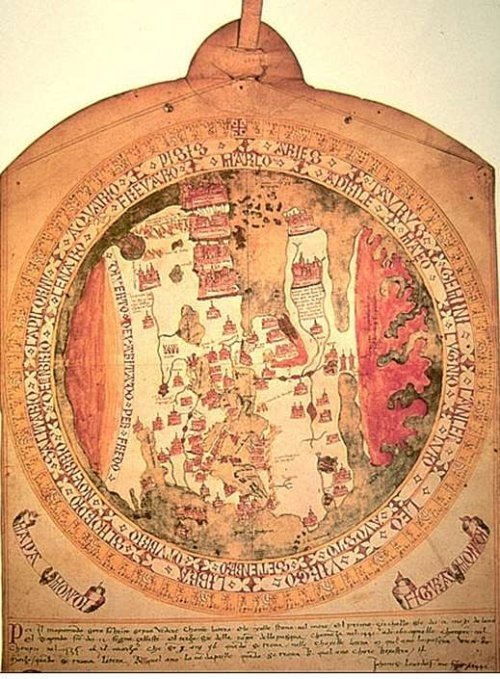