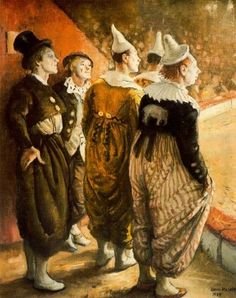 Throughout 1929 and 1930 Knight went on a tour of British towns with the combined Bertram Mills and Great Carmo's Circus.

Painting within a working circus forced Knight to paint at great speed, as the performers rarely had much time to pose. Knight responded by painting directly onto the canvas without any preliminary drawing.

Her paintings, as a consequence, became far less ‘polished’, but far more dynamic and impressionistic in style.  They have a vibrancy which matches the subject better than the ‘still lifes’ that had come before.  Her quick colour paintings of small groups of clowns, such as The Three Clowns (1930) and Old Time Clowns (1957), are particularly successful. 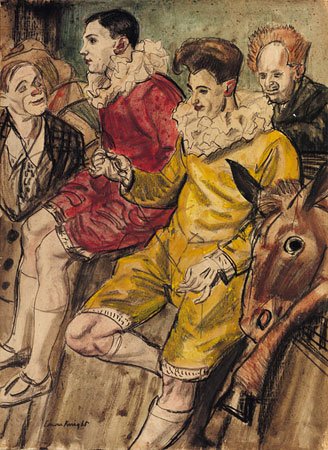