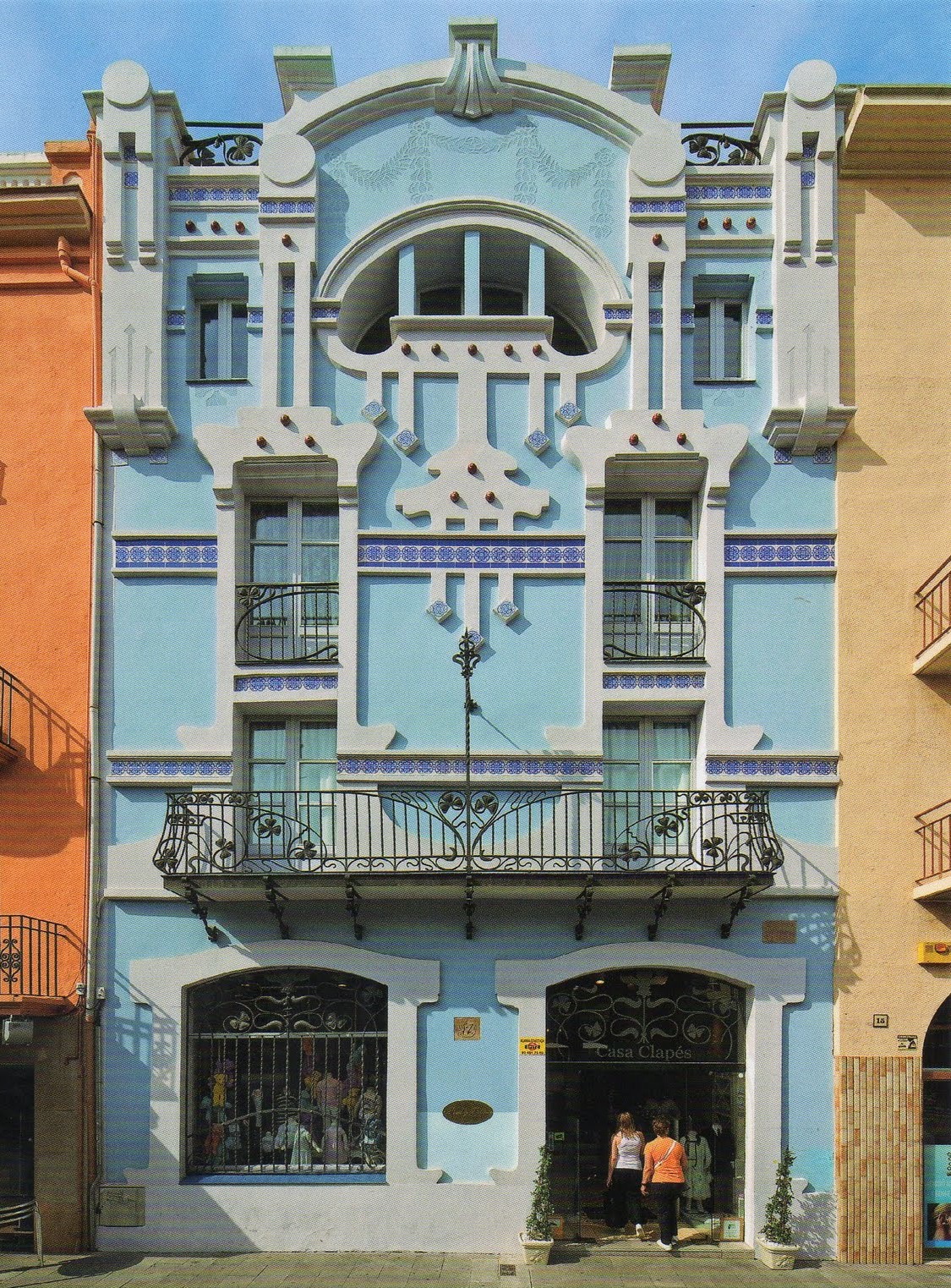 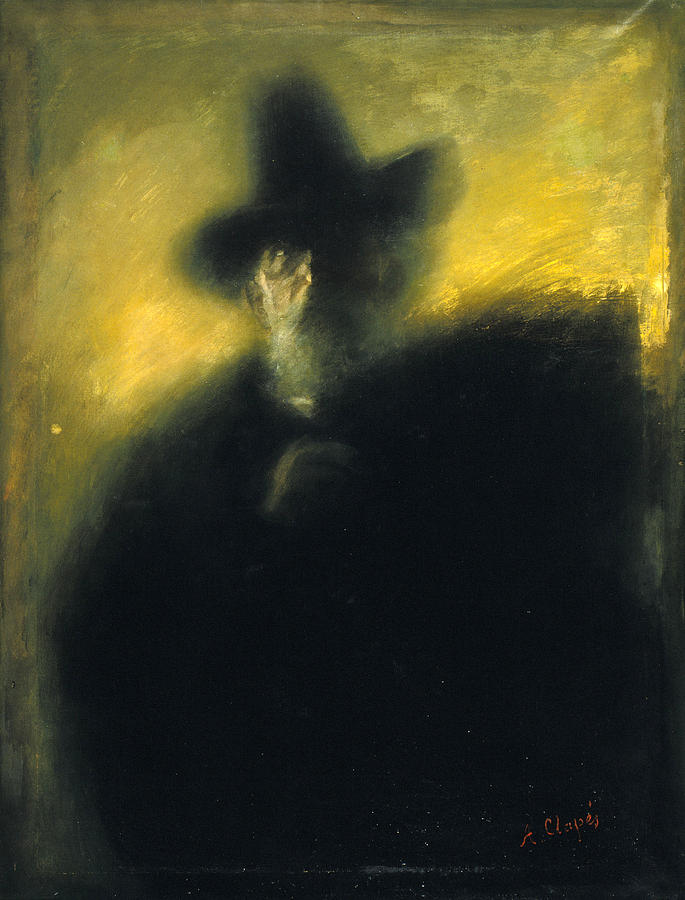 A virtually unknown work by Gaudí is the Casa Clapés (1899–1900), at 125 Carrer Escorial, commissioned by the painter Aleix Clapés, who collaborated on occasion with Gaudí, and formed part of Gaudi’s artistic socialist utopia.  Gaudi’s involvement in the design for the house was unknown until 1976, when the architect's signed plans were discovered.

The house is exceptionally simple and human in its scale “During this period Gaudí perfected his personal style, inspired by the organic shapes of nature, putting into practise a whole series of new structural solutions originating from his deep analysis of ruled geometry. To this he added a great creative freedom and an imaginative ornamental style. His works acquired a great structural richness, with shapes and volumes devoid of rational rigidity or any classic premise.“  The house has a ground floor and three apartments, with stuccoed walls and cast-iron balconies.

Alex Clapés (Vilassar de Dalt, September 10, 1850 – Barcelona, 1920) was a Catalan artist, designer and poet.  Clapés won a prize, for example, for the best poem about "The Latin sea" in a literary contest that was held in Vilassar de Mar in 1887. 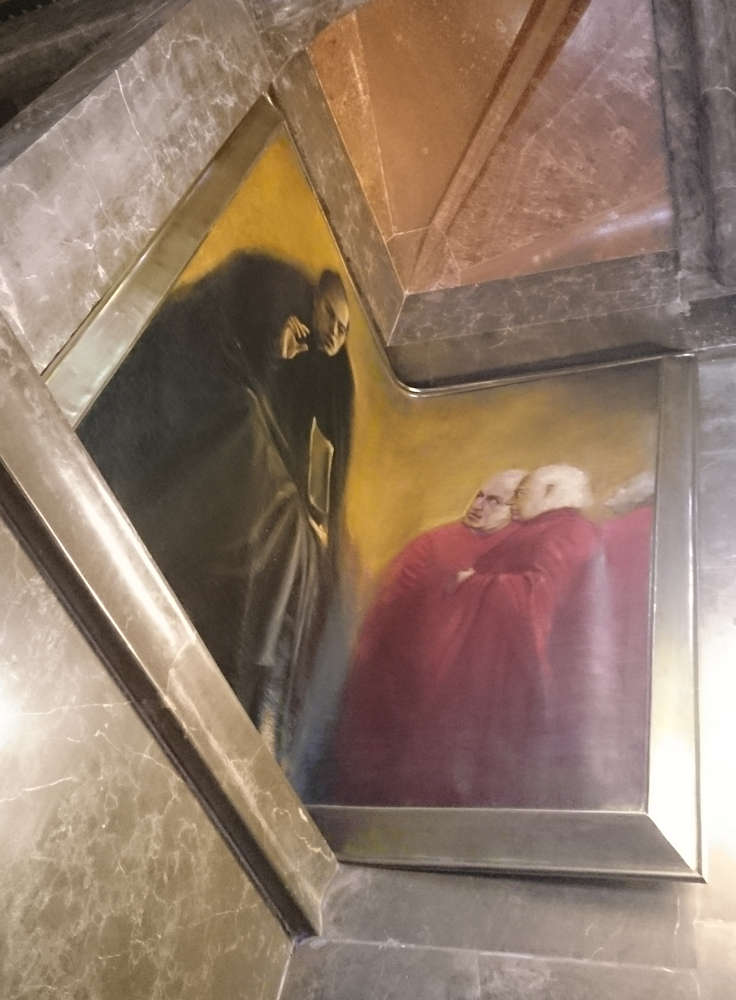 Clapés participated in an expo in 1888, and this was what brought him in contact with Gaudí.   Clapés’ best professional years occurred at the turn of the century. He received a minimal amount of social recognition during this time period, but instead these were fulfilling and productive years.  He was then an integral part of Gaudi’s utopian socialism group of craftsmen and artists. Much of Clapés’ art brought individuals closer to spirituality and mysticism, a style which gelled very well with Gaudi’s overall philosophy.  Gaudi’s success also introduced Clapés to many opportunities that he may not have had without this close relationship.

Clapés worked on La Pedrera and the Casa Milà.  And Gaudi hired him to work on the decoration of the Palau Güell in 1851. Clapés became best known for contributing to the paintings that decorated the halls of the palace and the great mural painting which occupied part of the front side.  During the construction of Palau Güell, Clapés also
"created cabinet doors inserts, including twelve copper plates that contained the representation of apostles, one of whom is believed to be his self-portrait. In the living room are also his paintings that occupy the four corners of the room. These are large-scale works and innovative aesthetics that stand to adapt perfectly to the unique architecture Gaudí proposed by tracing angles and beams of the room." 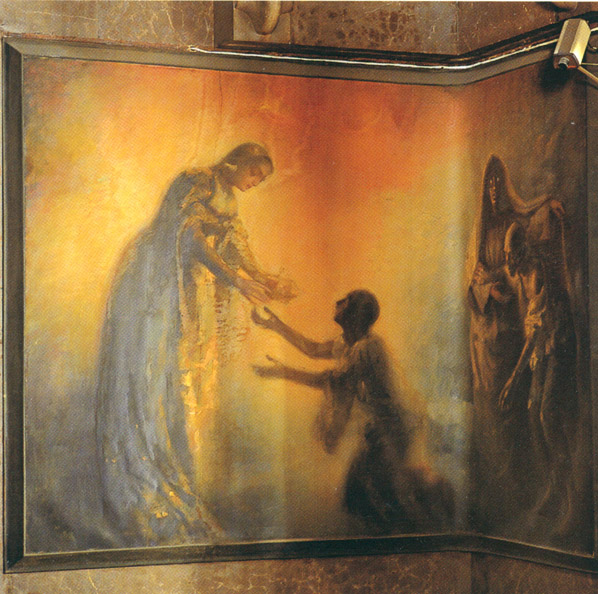 Clapés eventually blossomed within Gaudi’s supportive utopia, he not only contributed paintings and murals, but also designed carpets and furniture. This in turn led him to form a close collaborative relationship with Ibars Josep Ribas, a furniture maker and decorator.

And to a certain extent this is how Gaudi’s artistic utopia grew – a sort of organic growth of people who worked together under the nurturing wing of Gaudi.

Left:  Clapés' Saint Isabel Offering the Queen’s Crown to a Beggar is an oil painting on canvas circa 1890–1895. It was donated to Museu Nacional d’Art de Catalunya by Pere Mila I Camps in 1933. 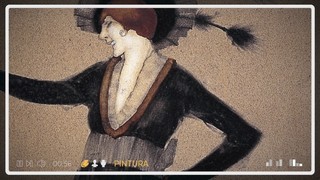