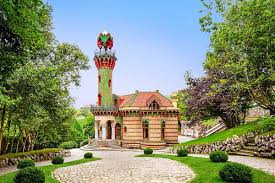 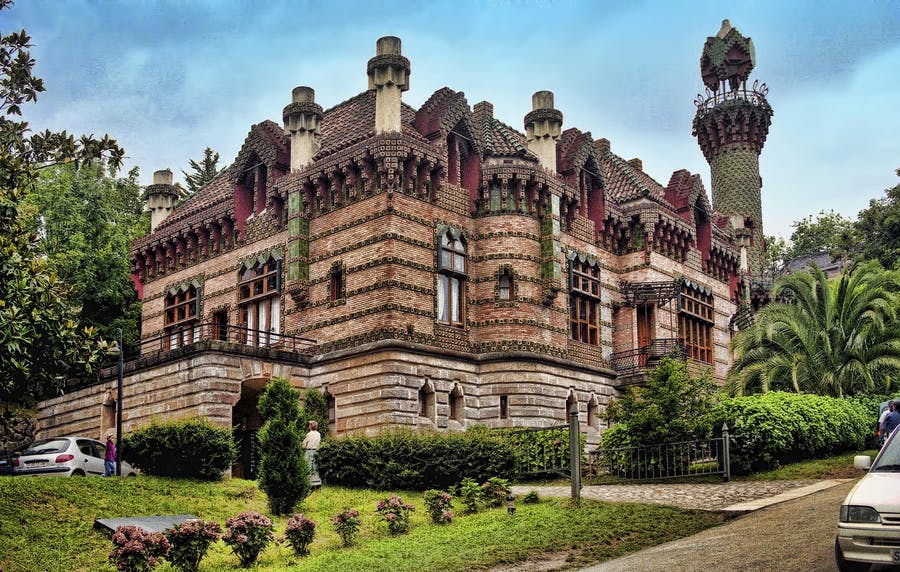 While he was building Casa Vicens, Gaudí was commissioned to build this summer villa by Máximo Díaz de Quijano, who had returned from the Americas a wealthy man. Díaz de Quijano was the brother-in-law of Antonio Lopez, the Marquis of Comillas and the father-in-law of Eusebi Güell.

This building bears a clear Eastern influence, especially in the tower that is reminiscent of a minaret. The exterior of the building is notable for the use of stone in the lower part and of exposed brick decorated with bands of glazed tiles depicting sunflowers. Impressive in appearance, the work marked a step forward in Gaudi’s search for a distinctive style of his own. 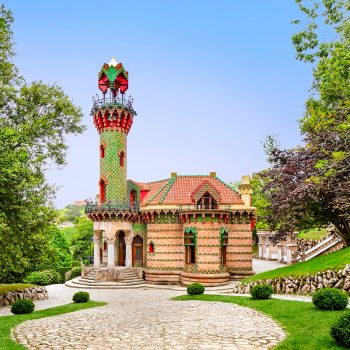