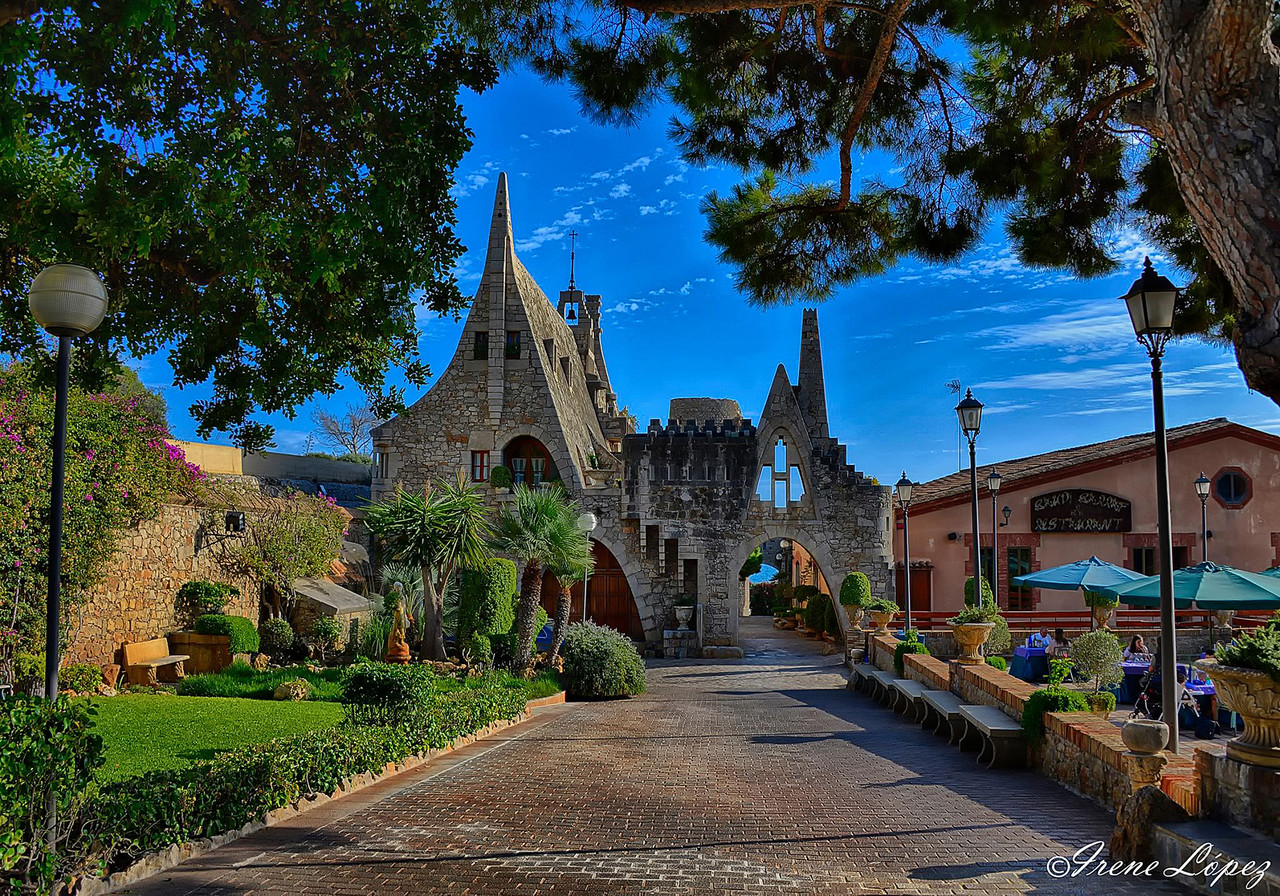 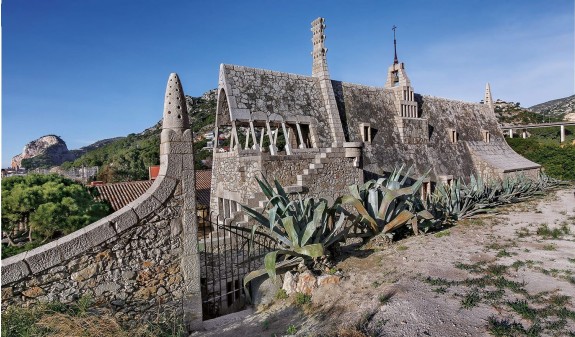 Bodegas Güell, in Catalan Celler Güell, is an architectural complex consisting of a building for making wine, along with associated buildings, located in Garraf, in the municipality of Sitges (Barcelona). Gaudí received the commission for this work in 1882 from his patron Eusebi Güell.

Count Güell actually produced wine in the building, which was served on the ships of the Compañía Transatlántica Española shipping line and was also exported to Cuba.

However, production stopped in 1936 due to lack of commercial success. 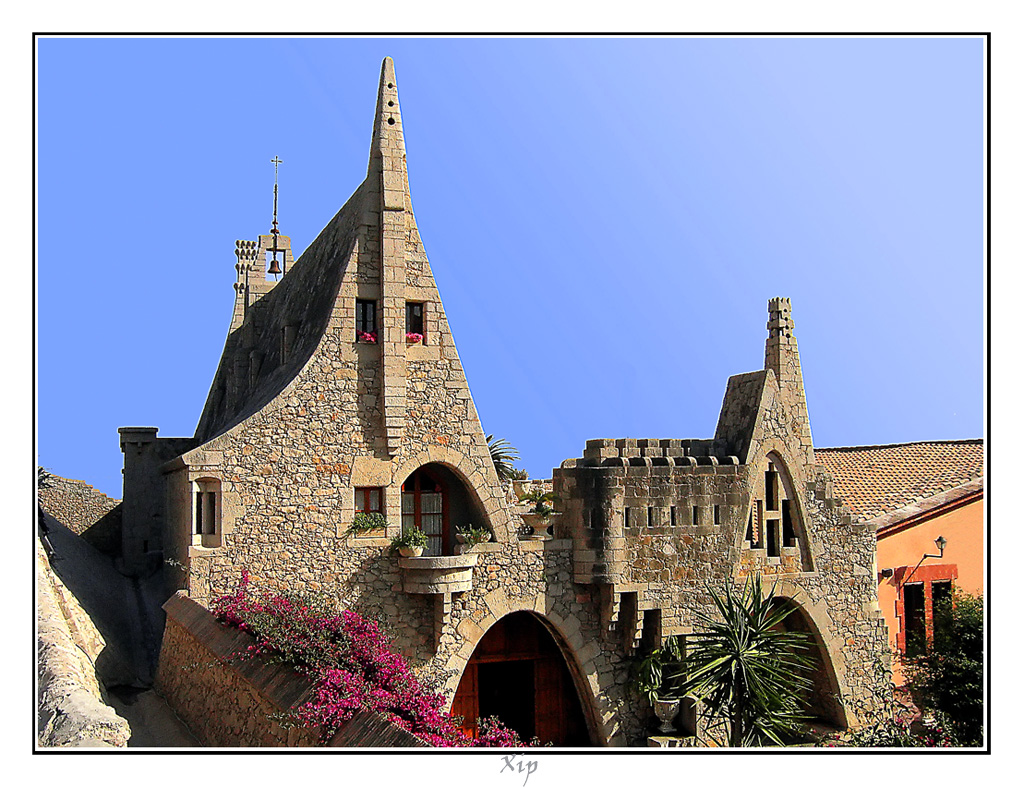 The original setting overlooking the sea was spectacular, but both a main road and railway line have now been built very close to the building, which somewhat spoils what must once have been a quiet and very beautiful location.

The complex now comprises the wine making building, a residence and a chapel, all with a marked Gaudian style. There are Gaudi’s signature parabolic arches, the use of considerable asymmetric details adding interest and a lateral wall that merges into the roof to produce a most effective single triangular prism.

The building also has a triangular frontal profile, with almost vertical roofs, steep sloping stone slabs, finished off with sets of chimneys and two doors that connect it to the old building. 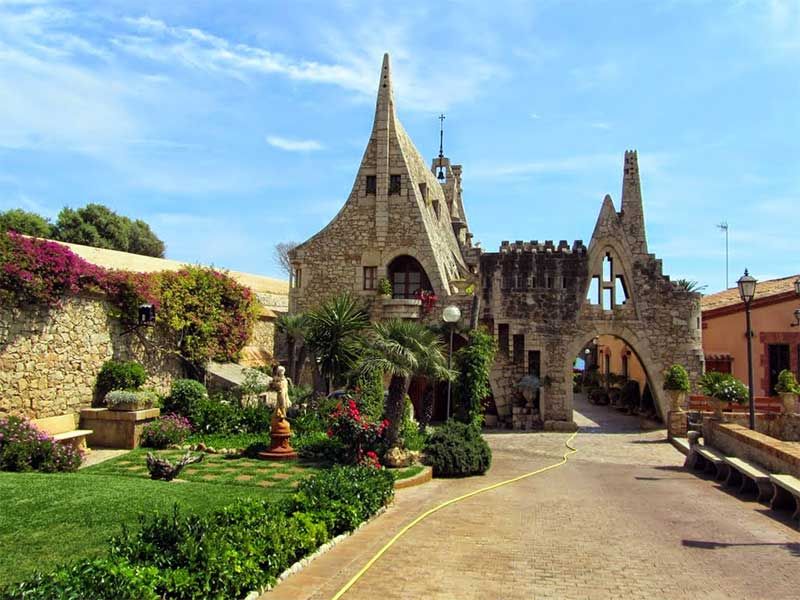 There are three floors: the ground floor for parking vehicles, an apartment on the first floor and a domed chapel on the top floor.

The commission was originally not only for the wine making complex, but included several hunting pavilions, but the latter were never built. The whole complex was located on the La Cuadra estate in Garraf, Sitges which was then the property of Count Güell.

The building for wine making was eventually built between 1895 and 1897, under the direction of Francesc Berenguer, Gaudí's helper.

There is currently a restaurant in the Bodegas Güell 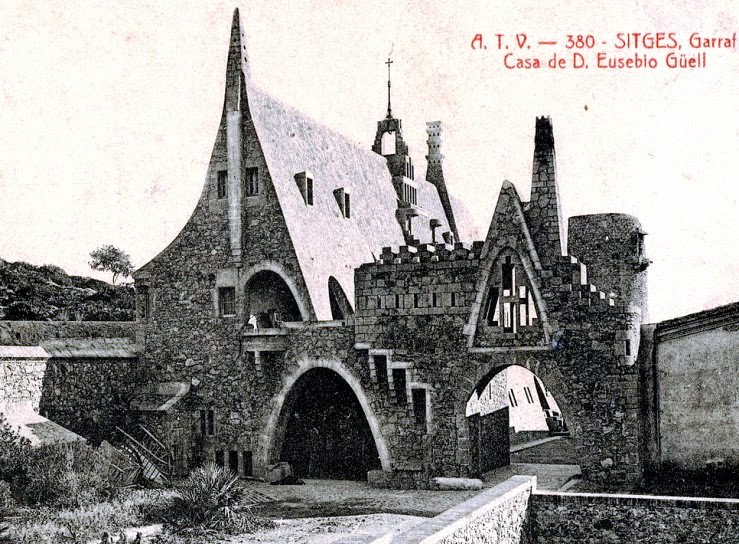