If you start thinking in terms of the function dependencies  - triggers between systems - it becomes clearer..... Another example....

Clever little reindeer … again how does it do it, and again not consciously so it must be an autonomic response again, this time due, according to the text, to 'light levels'.

The analyst in me, however, says the level of light is just a by product or more important systems – systems which are actually the same ones as trigger the wolf's behaviour. 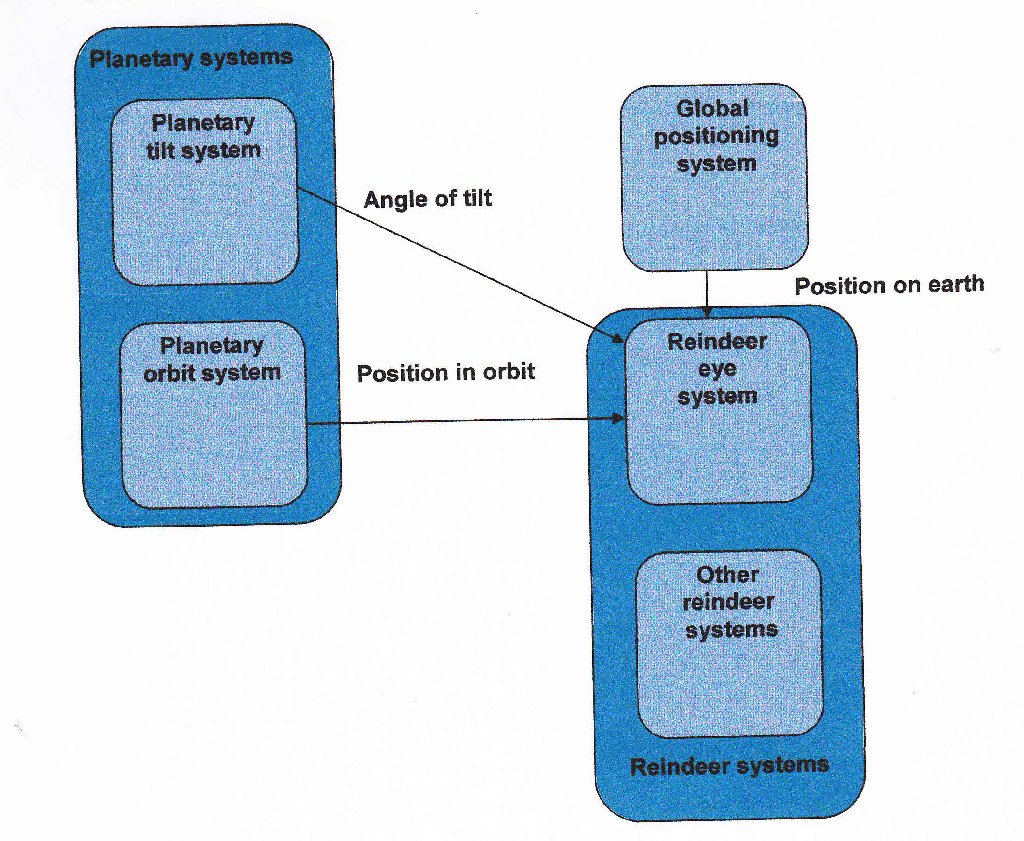 Reindeer … change their eye colour and structure for summer and winter.  Karl-Arne Stokkan, an Arctic biologist at Norway's University of Tromso and the leader of a British-Norwegian team investigating reindeers in Lapland, found that the eyes of animals in winter were deep blue, whereas in the summer the eyes were yellow.  This phenomenon has never been recorded before in mammals, and Stokkan points out 'this difference suggests the reindeer alter their vision seasonally to match prevailing light conditions'.