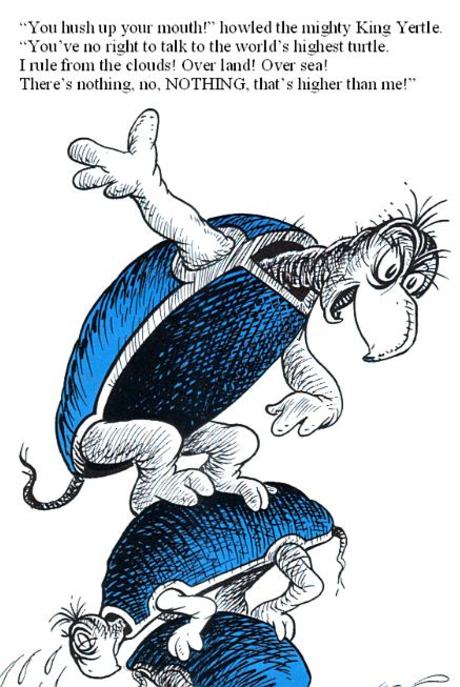 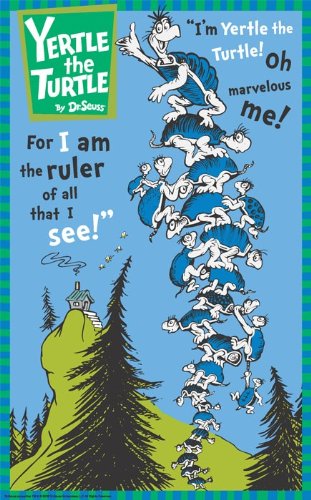 Yertle is the king of the pond, but he wants more. He demands that other turtles stack themselves up so he can sit on top of them to survey the land. Mack, the turtle at the bottom, is exhausted. He asks Yertle for a rest; Yertle ignores him and demands more turtles for a better view. Eventually, Yertle notices the moon and is furious that anything dare be higher than himself, and is about ready to call for more turtles when Mack burps. This sudden movement topples the whole stack, sends Yertle flying into the mud, and frees the rest of the turtles from their stacking duty.

Yertle the Turtle delivers a powerful allegory on dictatorship and expansionism, misuse of power, ego, conveying the final message with these words, “And the turtles, of course . . . all the turtles are free as turtles and, maybe, all creatures should be.” Ted deliberately inserted the word “maybe” because he wanted children to really think about it and say to themselves that there’s no “maybe” about it—all creatures should be free!

Yertle the Turtle (1958) has a little-known and somewhat surprising origin. In a 1987 interview Dr. Seuss said: “Yertle was Hitler or Mussolini. Originally, Yertle had a moustache, but I took it off. I thought it was gilding the lily a little bit.” 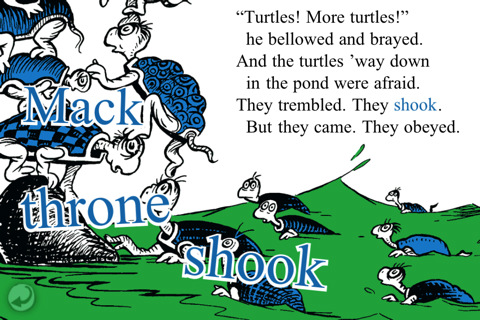 Campaign against the misuse of power
Serving others [charity] 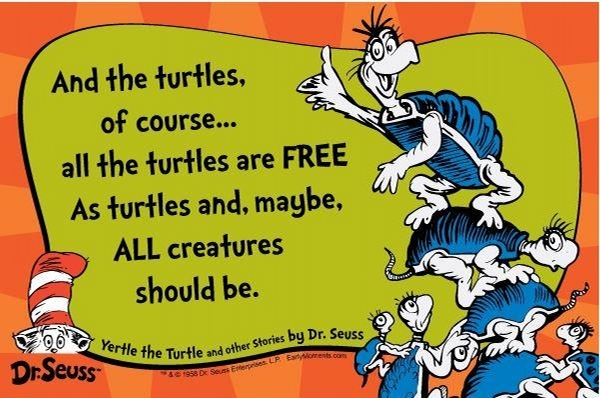