“Although most other American expats lived a wild, Bohemian lifestyle while in Europe, Copland was geeky, reserved and a model of propriety. During the three years he lived and studied in Paris he was not sexually involved with anyone. … Then along came the stunningly handsome, muscular 17-year-old violinist Victor Kraft. Copland was 32, and it turns out the third time was the charm.

But Copland, thrilled at finally having his attentions returned, had already accepted an invitation from a fellow composer to travel to Mexico City for two months, so he called ahead to inform his host that he’d be bringing along a 17-year-old pupil for the entire time, saying, “Im sure you’ll like him.” Copland had intended to compose the full duration of his stay, but young Victor had other ideas, and he was quite persuasive. Victor insisted that Aaron take a real holiday, and the two spent many days at the beach while Copland happily photographed Kraft in the nude.

Copland had to keep up with Kraft’s youthful enthusiasm, and the pair frequently went clubbing until dawn. This was a 180-degree turn-around in Copland’s life, and he was so happy that he willingly agreed to Kraft’s desire to extend the stay to a full five months. The two acted like honeymooners, trekking off to Acapulco, Cuernavaca and Xochimilco.

A fortuitous side effect of this young love was Copland’s rebirth as a composer. He dropped his complicated, dense European style of writing and began filling scores with a fresh, simple kind of music, a reflection of the lifestyle he and Kraft had shared in Mexico. The first of these, El Salón México, resulted in something that Copland had never heard before – rave reviews and enthusiastic audience reception. In gratitude for his young lover’s inspiration and influence, Copland dedicated El Salón México to Victor Kraft .” 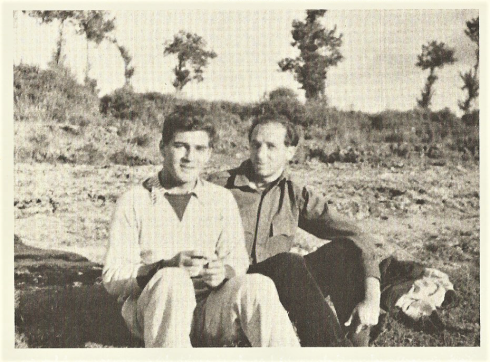 Another genre of music that is based on emotion and freedom of expression is that of Latin America and in the late 1930s, Copland incorporated this influence into his music too.  Compositions like

Were inspired by this influence.

Copland travelled extensively to Europe, Africa, and Mexico. He formed an important friendship with Mexican composer Carlos Chávez and would return often to Mexico for working vacations conducting engagements. During his initial visit to Mexico, Copland began composing the first of his signature works, El Salón México, which he completed in 1936. In it he began "experimenting," as he phrased it, with a simpler, more accessible style.

Copland wrote El Salón México between 1932 and 1936; it met with a popular acclaim that contrasted the relative obscurity of most of his previous works. Inspiration for this work came from Copland's vivid recollection of visiting the "Salon Mexico" dancehall where he witnessed a more intimate view of Mexico's nightlife. Copland derived his melodic material for this piece freely from two collections of Mexican folk tunes, changing pitches and varying rhythms. The use of a folk tune with variations set in a symphonic context started a pattern he repeated in many of his most successful works right on through the 1940s. It also marked a shift in emphasis from a unified musical structure to the rhetorical effect the music might have on an audience and showed Copland refining a simplified, more accessible musical language. 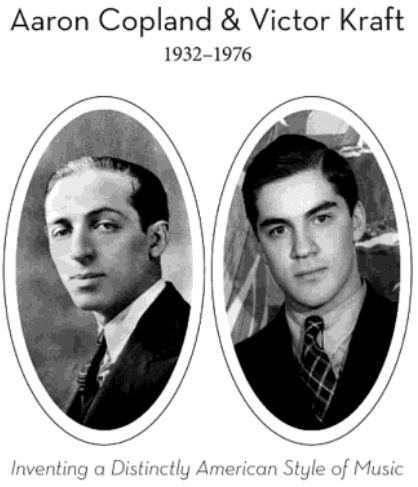