The Annex is an unusual building whose eastern facade has a 'chenes' style decoration.  It is only one story.  The decoration is called "a baroque from of Puuc', the entire facade is covered in Rain god motifs.  The door of the Annex form the jaws of 'an earth monster' according to the guide books 'with the monsters teeth on its frame'.  But these are indeed teeth in the symbolic sense.  The hieroglyphics are associated with the Venus cycle.

Puuc is the name of either a region in the Mexican state of Yucatán or a Maya architectural style prevalent in that region. The word "puuc" is derived from the Maya term for "hill". Since the Yucatán is relatively flat, this term was extended to encompass the large karstic range of hills in the southern portion of the state, hence, the terms Puuc region or Puuc hills. The Puuc hills extend into northern Campeche and western Quintana Roo.

I think the building was used for tuition. 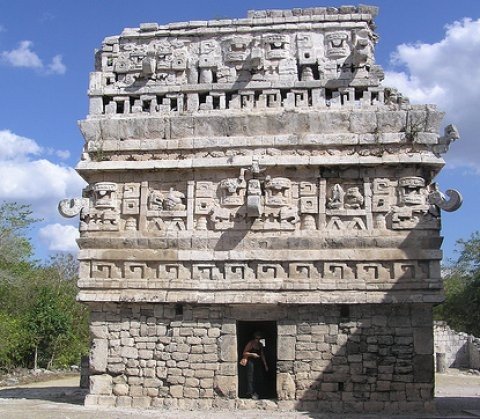 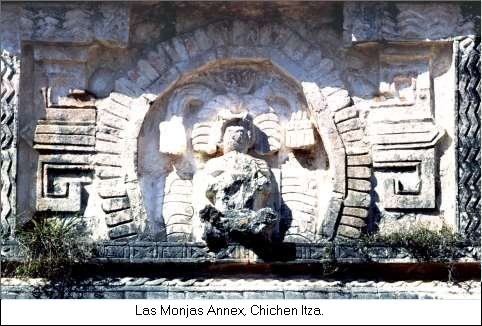 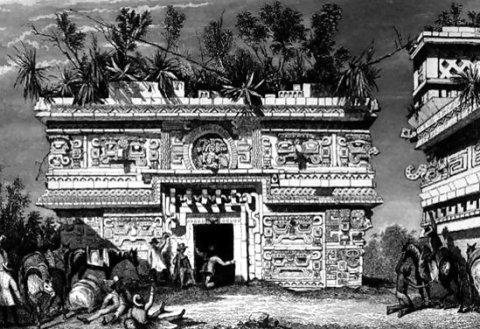